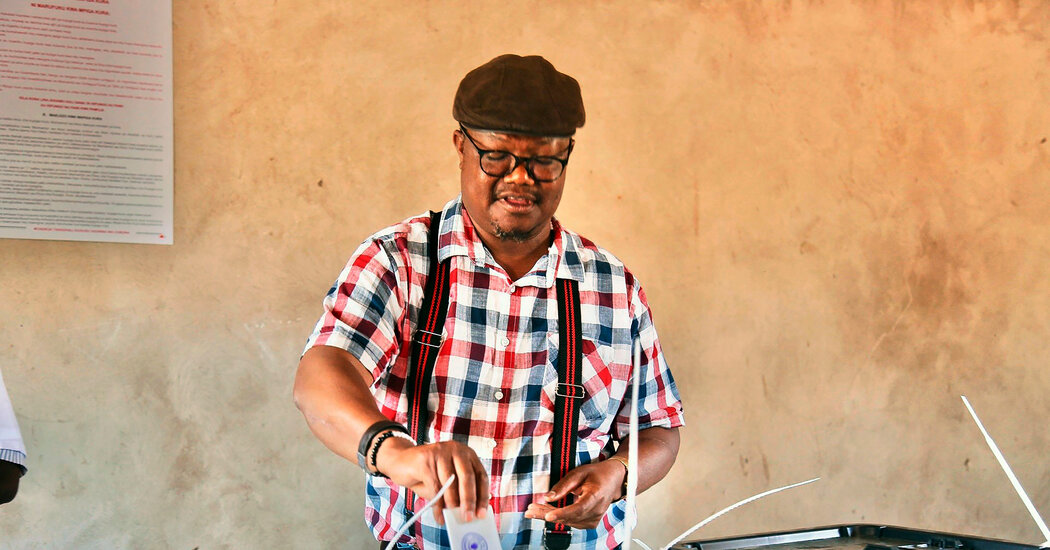 “I am not fleeing the country,” said the candidate, Tundu Lissu, who was escorted at the airport by ambassadors from the United States, Germany and Belgium. “I am only going to explore different platforms to reclaim justice, democracy and dignity of Tanzanians.”

Mr. Lissu survived an assassination attempt in 2017. He returned to Tanzania this year from Belgium to challenge the country’s president, John Magufuli, a populist who won a second term in October.

Mr. Lissu and other opposition leaders had urged citizens into the streets for an “endless peaceful demonstration” over the Oct. 28 election, in which widespread fraud was alleged and many observers were barred. But police blocked the protest.

The opposition leader had been housed at the German embassy since Nov. 2, when he was released by police after hours of interrogation.

The United States and others noted credible allegations that called the vote’s results — and the East African country’s democratic ideals — into question. Allegations included the rejection of thousands of election observers, a massive slowdown in internet and text-messaging services and ballot box stuffing.

Several opposition leaders were arrested or beaten or both around the vote. The chairman of the Chadema opposition party, Freeman Mbowe, and two other Chadema leaders were charged with “terrorism-related offenses.”

Mr. Magufuli later noted “a few challenges” around the election but called it generally peaceful. The government has denied any cases of intimidation.

On Tuesday the United Nations human rights chief, Michelle Bachelet, said in a statement that she was “disturbed by reports of continued intimidation and harassment against opposition leaders and members in Tanzania” after the vote.

The statement added: “Reports indicate that at least 150 opposition leaders and members have been arrested since 27 October in mainland Tanzania and in Zanzibar. While most have been subsequently released, at least 18 reportedly remain in custody.”

She said those detained for exercising their human rights should be released.