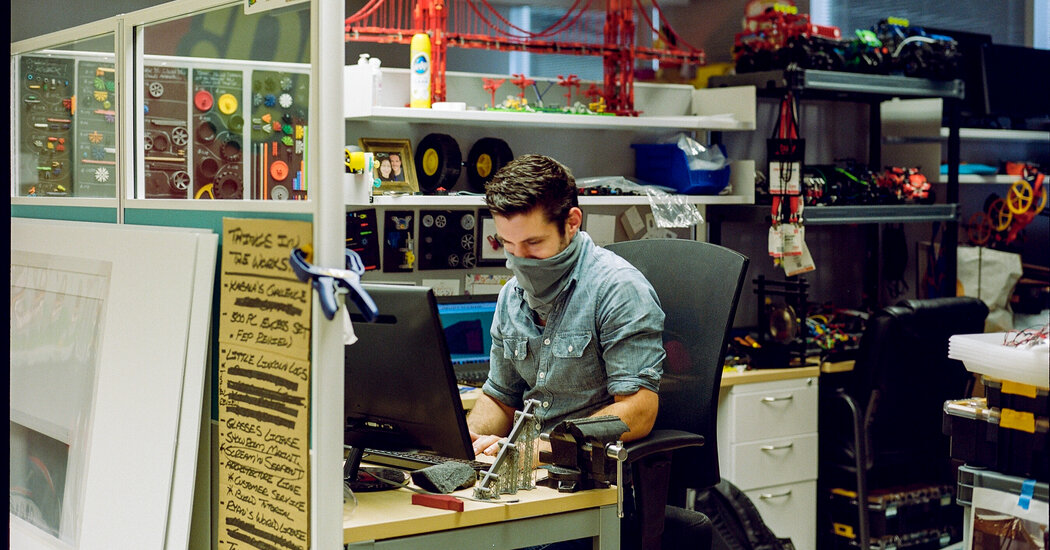 Jay Foreman, the chief executive of the toymaker Basic Fun in Boca Raton, Fla., has a simple message for his employees: It’s time to come back to the office.

It may seem that Mr. Foreman is swimming against the tide. Corporate giants like Microsoft, Target and Ford Motor have extended remote working arrangements until next summer. But a recent survey by LinkedIn and Censuswide found that more than two-thirds of offices had reopened or never closed.

Mr. Foreman is among the employers who don’t believe the coronavirus pandemic has fundamentally reordered the way millions of Americans should work. And those employers are recalling their employees even as the coronavirus surges in parts of the country, arguing that a balance can be struck between safety and the need to reunite under one roof.

At Basic Fun, masks are mandatory, desks are spread out, and there are stations with hand sanitizer throughout the 20,000-square-foot office.

Last week, the last of the Basic Fun workers who had been at home returned to the office full time.

Some employees have come back eagerly, while others have done so reluctantly after asking for more time. At least one has found another job rather than face returning to the office.

The divergent feelings echo larger patterns in the American workplace. At some companies, a new dynamic is unfolding between those who are staying home and those who are venturing in every day.

But at Basic Fun, there is no longer any choice.

Mr. Foreman is not a mask doubter or a coronavirus skeptic. Nor is he a fan of President Trump, who has questioned the efficacy of masks and criticized the lockdowns that have forced many employees to work from home. Mr. Foreman backed Senator Kamala Harris in the Democratic presidential primary and supported President-elect Joseph R. Biden Jr. in the general election.

But he believes the necessary steps have been taken to assure his workers’ safety.

Obama: Democrats should ditch ‘defund the police’ and give Ocasio-Cortez a bigger platform.

Why Do the Rules Seem to Apply Only to Me?