New Delhi: After NDA’s victory at the Bihar Assembly election, the Bharatiya Janata Party (BJP) headquarters in New Delhi is preparing for celebrations. BJP MP Manoj Tiwari was also seen celebrating at his house on Wednesday (November 11, 2020) with a special 4 kg cake made out of laddoos.

Tiwari was one of the star campaigners for BJP in Bihar. 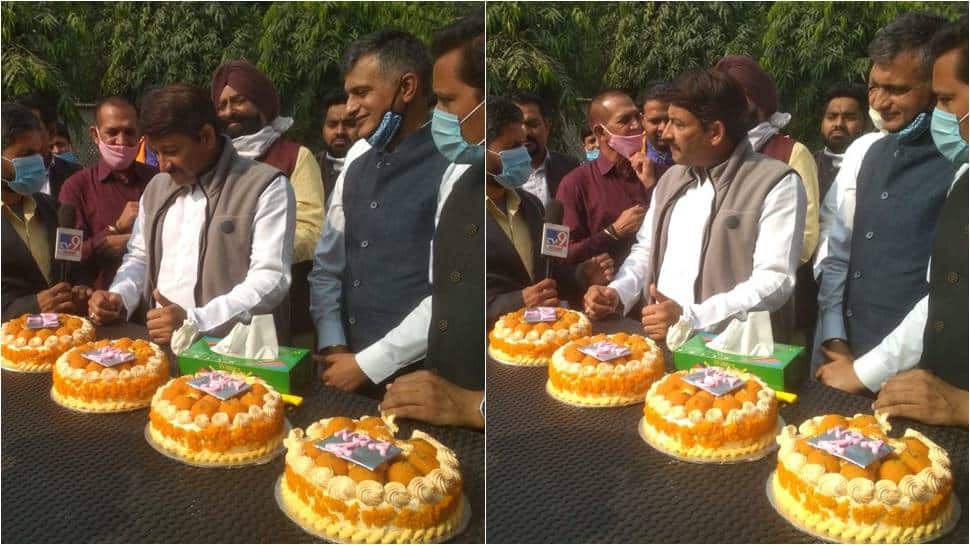 Manoj Tiwari was see celebrating with party workers as he cut the four cakes and also sang 2-3 songs.

Meanwhile, Prime Minister Narendra Modi is alos likely to participate in the celebration and will address the workers at 6 pm today.

After the results yesterday, PM Modi had asserted that every section of the society has expressed its faith in the alliance’s mantra of “with all, development for all, trust of all” and assured people that it will work with full dedication for balanced development of everybody and every region.

In Bihar the NDA managed to get an absolute majority by winning 125 seats, while the Grand Alliance was reduced to 110 seats. The BJP has become the biggest party in the ruling allaince with 74 seats, while the JDU got 43 seats.

The chief of Hamas in Gaza tests positive, and other updates from around the world.

With Another Slew of Injuries, the Yankees Aren’t Taking Chances

I’ve Celebrated Juneteenth All My Life. It’s Different This Year.

The Jersey Shore Vacation of my Imagination

The chief of Hamas in Gaza tests positive, and other updates...