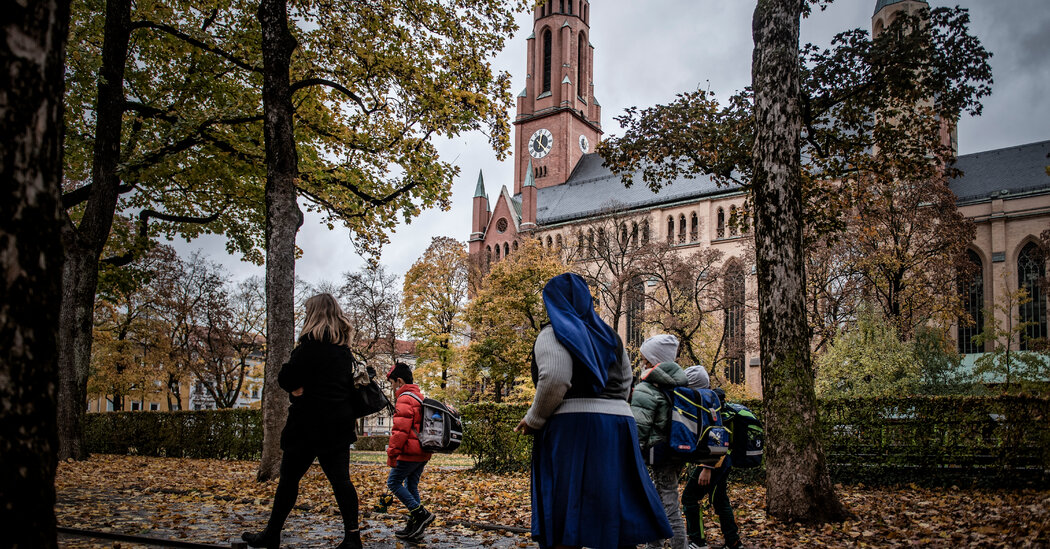 BERLIN — More than 300,000 school-aged children in Germany are currently quarantined at home because of the coronavirus, according to an estimate by the German teacher’s federation. The news, first reported by the tabloid Bild, comes as some states are considering extending winter breaks to slow infections at schools.

“Our politicians are relying on the health authorities and not the school system itself to protect pupils from infections,” said Heinz-Peter Meidinger, the president of the German Teachers’ Association.

Mr. Meidinger estimates that between 2.5 percent and 3 percent of all students across the country are quarantining either because they are infected with or have been exposed to the virus. Germany’s second nationwide lockdown, which began early this month, does not include schools and day-care centers, which can be shut down individually by health authorities if they are hit by an outbreak.

In its second week of the lockdown, Germany has shown a marked reduction in its reproduction number, meaning that while the number of new infections reported daily remains high (on Tuesday health authorities registered 18,487 new cases) the daily increase rate appears to have leveled off.

According to a new poll, nearly half of adult respondents — 48 percent — favor using masks in schools at all times. Currently many schools allow children to remove their masks once they are seated.

In North Rhine-Westphalia, where about 50,000 of the state’s 1.9 million school-aged children are quarantined at home, the governor is considering extending the Christmas break to lower the number of transmissions occurring in schools.

‘Assume that you were exposed’: Officials warn of the fallout from Thanksgiving travel.

What Megan Fox Taught Me About the Power of Subversive Girls

Minnesota connects two dozen coronavirus cases with campaign events, most of them visits by...

CDC Says Nurses Are at High Risk for Covid-19

‘Assume that you were exposed’: Officials warn of the fallout from...