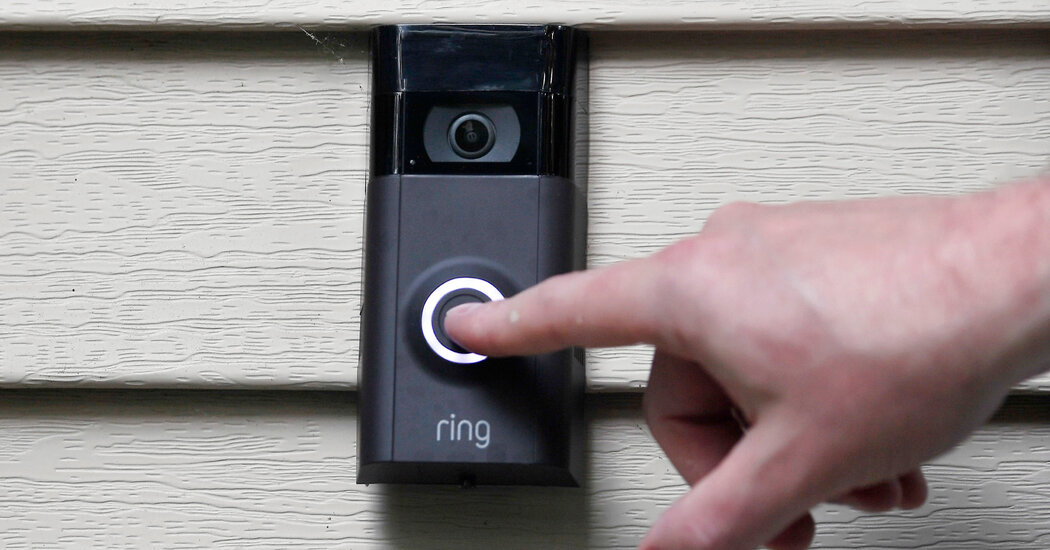 Ring, which sells video doorbells designed to make homeowners feel safer, has recalled more than 350,000 of the devices after nearly two dozen of them caught fire, according to the Consumer Product Safety Commission.

“The video doorbell’s battery can overheat when the incorrect screws are used for installation, posing fire and burn hazards,” the agency said. “Consumers should immediately stop installing the recalled video doorbells.”

Ring received 85 reports from consumers complaining about “incorrect doorbell screws” that led to 23 doorbells igniting, the agency said. There were reports of minor property damage, and eight reports of minor burns.

The company, which was acquired by Amazon in 2018, said on Twitter that the recall affected its “second generation” video doorbells, which can overheat if they are punctured during installation. Ring warned of “fire and burn risks” and advised consumers to contact the company for “new instructions” by using its app or website, or by calling a toll-free number.

“If the doorbell is installed correctly, there is no risk to consumers or potential hazard present,” the company said on its website.

A Ring spokeswoman said in an email that “the safety of our customers is our top priority.”

“We have and continue to work cooperatively with the C.P.S.C. on this issue, and have contacted customers who purchased a Ring Video Doorbell (2nd Gen) to ensure they received the updated user manual and follow the device installation instructions,” the spokeswoman, Emma Daniels, said. “Customers do not need to return their devices.”

The recall affects devices sold at stores and online through Amazon and Ring.com from June 2020 to October 2020, according to the Consumer Product Safety Commission. The devices cost about $100. About 8,700 of the recalled devices were sold in Canada.

Ring has advertised itself as a company that provides “simple, proactive whole home security.”

On Twitter, the company has posted videos of Ring doorbell owners who praised the devices for helping them scare strangers off their property or who captured neighborhood oddities, like a tarantula climbing down a wall or a hapless woman using a leaf blower with a broken bag.

Ring marketed the doorbells in part as a solution to package theft and even found an ally in law enforcement. More than 500 police departments partnered with the company, gaining access to a service called Neighbors Portal, which allows users to “ask Ring to request video footage from device owners who are in the area of an active investigation,” according to the company.

Law enforcement agencies often share the footage with media organizations for broadcast segments. The agreement has been criticized by civil rights groups who said giving the police such access could violate the privacy of users and people who appear in the videos.

The doorbell was the brainchild of Jamie Siminoff, who pitched the idea of a home security device as a contestant on the ABC show “Shark Tank” in 2013.

He called it “Doorbot” and said it would allow users to “see and speak with” the people at their doors, using their smartphones.

The idea was rejected by the judges on the show but his appearance drew attention from investors, who together put more than $200 million into the company, which was rebranded as Ring.

Now under Amazon’s ownership, Ring sells a variety of video-enabled doorbells and security cameras, and an alarm system. The smart doorbells are especially popular.

According to data from the NPD Group, a market research firm, sales of smart doorbells alone increased by 58 percent from January 2019 to January 2020.

Trump tries to improve his environmental record with a new water rule, but experts...

Tiny Love Stories: ‘We Could Only See Each Other’s Eyes’