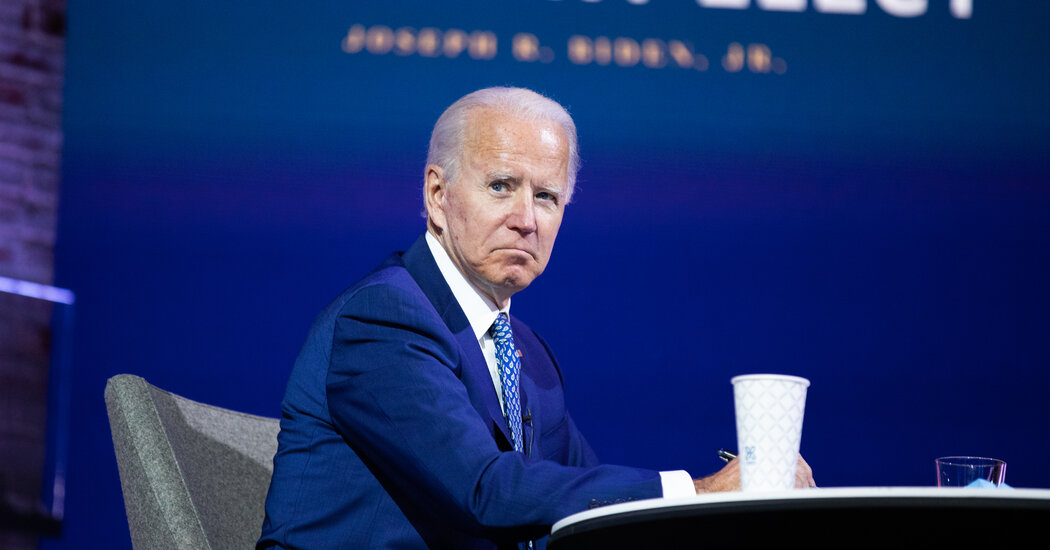 Bill Russo, a spokesman for the Joseph R. Biden Jr.’s presidential campaign, posted a flurry of tweets late Monday to decry the election-related misinformation and calls for violence spreading widely on Facebook.

“We knew this would happen. We pleaded with Facebook for over a year to be serious about these problems. They have not,” Mr. Russo said in one of the tweets. “Our democracy is on the line. We need answers.”

Mr. Russo’s pointed comments illustrated the cumulative anger within the campaign after months of back and forth with Facebook to take down numerous ads and posts by President Trump, his campaign and his allies that spread false conspiracy theories about Mr. Biden.

Facebook defended its actions, saying in the lead-up to the election that it put into effect several efforts to “ensure fewer people see false information and are made aware of it when they do and highlighted reliable election information where nearly everyone on Facebook and Instagram saw that Vice President Biden was the projected winner of the U.S. election.”

The Biden campaign first aired its frustrations with Facebook in October 2019, when the Trump campaign posted an ad accusing Mr. Biden of trying to bribe the Ukrainian government by offering $1 billion to fire the prosecutor investigating a company affiliated with his son, Hunter Biden.

Greg Schultz, a Biden campaign manager, wrote a letter to Facebook’s executives, including Mark Zuckerberg, its chief executive, and Sheryl Sandberg, its chief operating officer, asking the company to take down the false ad.

Facebook refused. “Our approach is grounded in Facebook’s fundamental belief in free expression, respect for the democratic process, and the belief that, in mature democracies with a free press, political speech is already arguably the most scrutinized speech there is,” Facebook’s head of global elections policy, Katie Harbath, wrote back to the Biden campaign.

In March, a doctored video appeared on Facebook that manipulated Mr. Biden’s speech, making him seem impaired with trouble speaking. .

Dan Scavino, a senior adviser to Mr. Trump, shared the video and commented on Facebook: “Sleepy Joe in St. Louis, Missouri today: ‘We can only re-elect @realDonaldTrump. #KAG2020LandslideVictory.”

Facebook kept the video up but labeled it as partly false.

In July, Mr. Biden’s campaign circulated a petition to its millions of supporters that called for Mr. Zuckerberg to end the company’s hands-off approach to political lies.

“Real changes to Facebook’s policies for their platform and how they enforce them are necessary to protect against a repeat of the role that disinformation played in the 2016 election and that continues to threaten our democracy today,” Mr. Russo said at the time.

CBSE Board, NEET, JEE 2021 exam dates: What will Centre say on December 10; check out all details here

Jack Ma Gets Summoned by Beijing Ahead of Ant I.P.O.

Aunt Jemima Is Gone, Time to End Other Racist Branding

N.C.A.A. Doctors Say Football Is a Bad Idea. But They Aren’t Deciding.