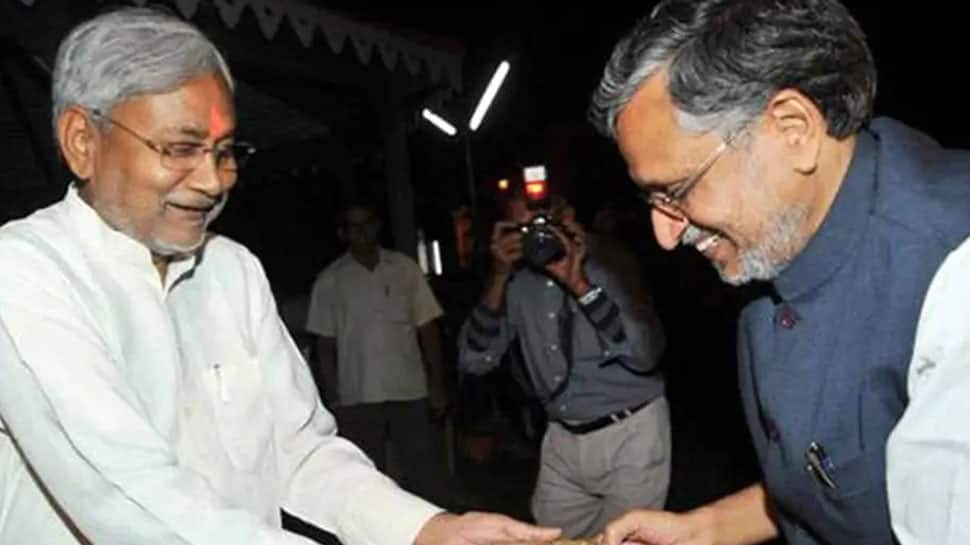 In a significant development, senior Bjp leader and Bihar Deputy Chief Minister Sushil Modi on Wednesday (November 11) said that there is no question of replacing Nitish Kumar as Bihar chief minister. Modi made the statement a day after the BJP finished ahead of Nitish’s JD(U) in Bihar Assembly poll for the first time.

The BJP won 74 of Bihar’s 243 seats, while Janata Dal United succeeded in registering win on 43 seats. “Nitishji will remain Chief Minister as it was our commitment. There is no confusion on this,” the Sushil Modi said.

In an election, he added, “some win more and some win less”. “But we are equal partners,” Sushil Modi said.

It is to be noted that BJP has never formed government on its own in Bihar and the saffron party could not have retained power in Bihar without the support of Nitish Kumar. But experts maintain that the results in 2020 Assembly election can change the scenario as the BJP may ask Nitish to make way for a BJP leader to become the new chief minister of the state.

The Bihar Assembly election 2020 turned out to be a cliffhanger on Tuesday as the ruling National Democratic Alliance (NDA) secured a majority in the 243-member assembly and the RJD-led opposition alliance giving it a tough competition. The Bharatiya Janata Party (BJP) has won 74 seats, while the Janata Dal (United) has won 43 seats.

Of the 243 seats, 125 have gone in favour of the ruling coalition headed by Chief Minister Nitish Kumar and 110 to rival Grand Alliance. The RJD emerged as the single-largest party in the House with 75 seats.

AIMIM clinched  five seats in the Seemanchal region having a large Muslim population. Its Grand Democratic Secular Front (GDSF) ally, the BSP, has pocketed one seat.

Chirag Paswan’s LJP, which had walked out of the NDA just ahead of the polls and gone to the hustings alone, finally opened its account, winning just one seat. An Independent candidate also won. The CPI and CPI (Marxist) won two seats each, Communist Party of India (Marxist-Leninist) (Liberation) 12 seats, Hindustani Awam Morcha (Secular) four, Congress 19, and Vikassheel Insaan Party four. Other parties have won the remaining 2 seats.

Prime Minister Narendra Modi asserted that every section of the society has expressed its faith in the alliance’s mantra of “with all, development for all, trust of all” and assured people that it will work with full dedication for balanced development of everybody and every region.

Chris Janicek, a Nebraska Democrat, Is Urged to Drop Out of Senate Race Over...