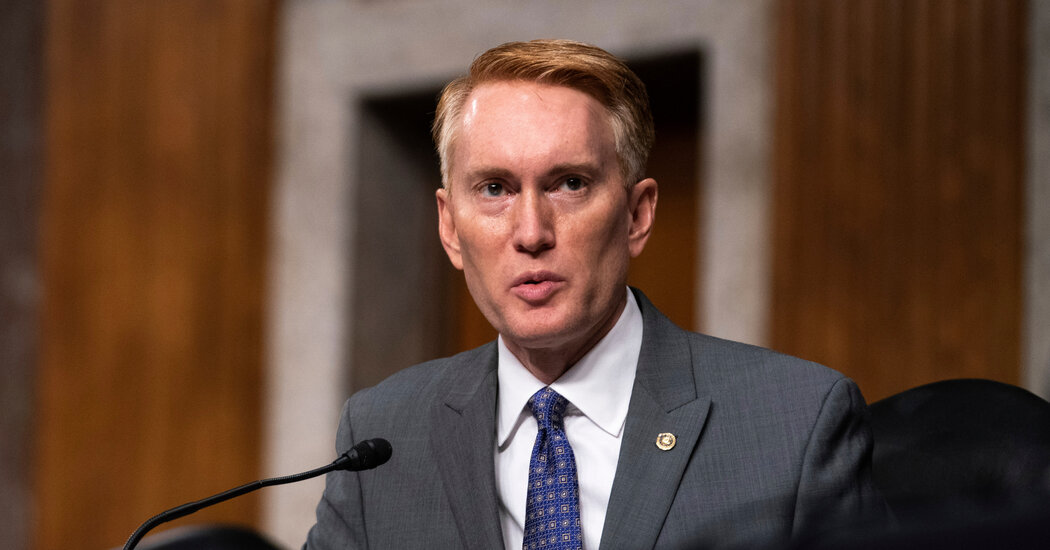 Senator James Lankford, an Oklahoma Republican who sits on a key Senate oversight committee, said on a podcast released on Wednesday that he had no objections to President-elect Joseph R. Biden Jr. receiving presidential daily briefings, and that he would take action himself if that did not begin by the end of the week.

“If that’s not occurring by Friday, I will step in,” Mr. Lankford said in an interview on KRMG radio in Tulsa, “to be able to push them and say, ‘This needs to occur,’ so that regardless of the outcome of the election, whichever way that it goes, people can be ready for that actual task.”

Mr. Lankford, a member of the Homeland Security and Governmental Affairs Committee said he had already begun “engaging” on the matter. The General Services Administration would soon clear the way for the transition to more formally begin, he said.

Emily W. Murphy, the Trump-appointed administrator of the General Services Administration, has the legal authority to begin the transition by formally recognizing Mr. Biden as the incoming president, releasing federal funds, making office space available and allowing the Mr. Biden’s team to interact with agency employees across the government. So far, she has refused to grant those permissions on the ground that the results of the election are not clear.

President Trump’s refusal to concede has already affected national security issues, as Mr. Lankford’s interviewer noted on the KRMG podcast. It was unclear when and whether Mr. Biden’s team would have access to classified information that would allow them to learn about the threats facing the United States.

When asked in his interview about the daily briefings, which contain a compendium of the government’s latest intelligence, Mr. Lankford repeatedly said there was “nothing wrong” with Mr. Biden receiving them so that he could prepare for the transition.

Mr. Lankford said he understood why Mr. Biden had begun the transition process, given that major news organizations and television networks had called the race in his favor. But he also added that he believed Mr. Trump was entitled to press forward with his legal challenges because the race was close in several states.

As for himself, Mr. Lankford said, “I’m going to wait this out.”

So far, only a small handful of Republican senators have congratulated Mr. Biden on his victory. Senator Mitch McConnell of Kentucky, the majority leader, has backed Mr. Trump, saying he was “100 percent within his rights” to challenge the outcome in court.

Obama plans to hit the road for Biden. But first, a podcast.

Colleges Plan to Reopen Campuses, but for Just Some Students at a Time

For How Long Will President Trump Be Immune to the Coronavirus?