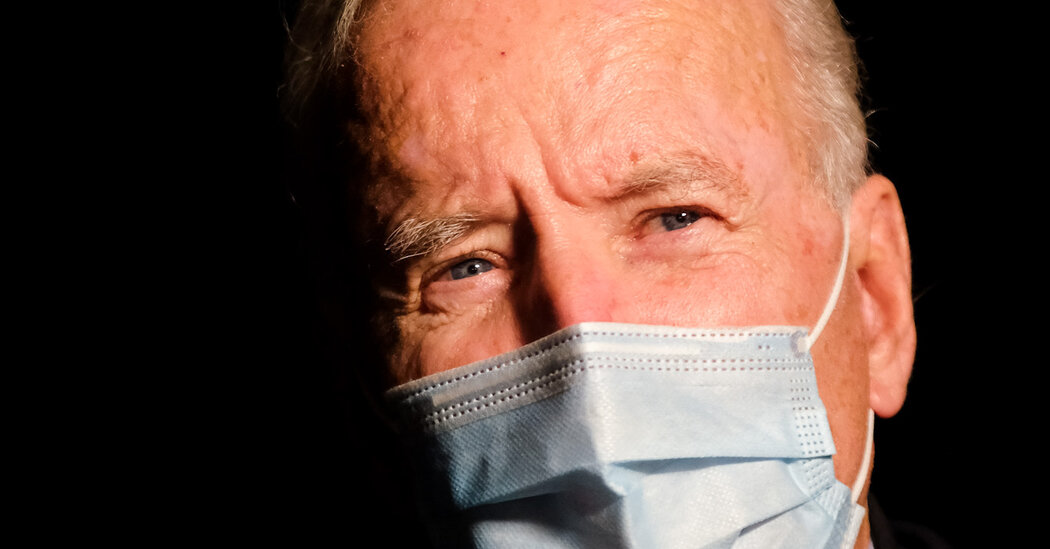 When Joe Biden is sworn in on Inauguration Day, he will be 78, the oldest president to take the oath of office since the birth of our Republic. No shortage of observers on both the left and the right have written about this historic curiosity, as often with frustration (the left) and contempt (the right) as they have with awe.

I can’t be bothered with the despicable Sleepy-Joe canard that the right is peddling, except to say that if this is what dementia looks like, I don’t know what to call my own flashes of forgetfulness, in which words, keys and hair scrunchies regularly desert me. As for those on the left who are disappointed that the Democratic Party, a diverse coalition of young and old, Black and white, male and female, has resorted to an older white man to give another older white man the boot: It’s true. Biden is hardly the face of change.

But … may I tilt the prism and suggest we look at this from another angle?

Can we also, perhaps, celebrate the idea that after 46 years of public service and three exhausting presidential runs, someone nearing the ninth decade of his life actually got the brass ring?

And maybe even think of this as inspiring?

Or possibly even proof that we, as a culture, still choose wisdom and experience from time to time?

I am not saying that it’s unusual for older white men to win elections in American politics. It happens with dreary, rather irritating frequency. Ronald Reagan was 69 when he was sworn into the White House; Donald Trump was 70; and the U.S. Senate, for better or for worse, is a great place to grow old. (By my count, there are 29 sitting senators who are 70 or older.)

But we also make a fetish of youth in modern politics. You can trace this obsession back to the dawn of the television age and the president who rang it in: J.F.K., inaugurated at 43, who promised to restore this country’s youthful “vigor.” Democrats have been on a quest to find his likeness ever since, whether it was Bill Clinton, sworn in at 46, or Barack Obama, sworn in at 47. (It has, come to think of it, been a long while since we’ve had a Democratic president who was particularly old: Jimmy Carter was 52 on Inauguration Day, and L.B.J. was 55 on Nov. 22, 1963.)

There’s a difference between sending a 70-year-old to the White House and sending a 78-year-old. Those aren’t a trivial eight years. Biden will be older when he enters the building than Reagan was when he left it. We’ve elected a man who’ll be in his eighties during his first term.

It’s astonishing, if you stop and think about it. The Democratic primary started with a field of 27 candidates.

It’s only more astonishing — and more poignant — when you consider how little the marketplace seems to value experience and expertise. According to a joint analysis conducted in 2018 by ProPublica and the Urban Institute, more than half of older American workers with stable jobs are forced out of them before they choose to retire — and once they’re out of a job, data from the Bureau of Labor Statistics show they struggle for far longer with joblessness. (An unemployed 54-year-old, for instance, will search for a job for almost a year.)

In his thoughtful — if depressingly headlined — story for The Atlantic last year, “Your Professional Decline is Coming (Much) Sooner Than You Think,” Arthur C. Brooks noted that while most people’s happiness increases between the ages of 50 and 70 in wealthier countries, all bets are off after that, especially if you’re male: Both depression and suicide rates go up in men after 75.

The story also noted that peaking early in life, as Biden did — he was first elected to the Senate at 29 — can often set unrealistic expectations for old age, and the inevitable decline in our ability to reason and solve novel problems, “or fluid intelligence,” can be a recipe for utter devastation.

But here, to me, was the real takeaway from Mr. Brooks’s piece: If our fluid intelligence declines as we age, our “crystallized intelligence,” or the ability to use what we know, increases. And what better profession is there to make use of what you know than politics?

On some level, voters intuited as much. They decided to replace a savage clown and chaos-sowing novice with a man defined by decency and nearly half a century of public service. After briefly (and disastrously) defining competency down, they defined it back up.

They also chose someone who is capable of change and admitting error, two qualities one associates with wisdom. During the second and final debate, Biden not once but twice confessed he’d made big mistakes in public office — in not persuading Congress to pass comprehensive immigration reform during the Obama years, and in supporting the 1994 crime bill during the Clinton ones.

Compare that with “I don’t take any responsibility at all.”

Age has tempered and humbled Biden. We see precious little, now, of the strutting and gasbaggery we saw from him in his youth. Whereas Trump has remained ever the same since he was an insipid real estate developer whose businesses filed serially for bankruptcy. Time and experience have not shaped him. His misshapen personality does not permit it. A disordered psychology renders him immune.

The next government will be a veritable gerontocracy, with an 80-year-old speaker of the House and perhaps a 78-year-old Senate majority leader. I sympathize with those who say this arrangement is less than ideal. It’d be wonderful if our government could be more representative of the United States in every respect.

But right now, we have a president who won’t concede defeat, much less allow the victor into the building. Thank God we’ve elected someone who can build a cabinet in his sleep. Who knows the future players in Congress and in many statehouses. And best yet, knows the country. His bones may be a tad more brittle, but he’s got a body of knowledge rivaled by few.

‘Welcome to the New World,’ by Jake Halpern and Michael Sloan: An Excerpt

5 Lessons on Voter Misinformation From Kentucky’s Election in 2019

Facing ‘a Lot of Blowback,’ Trump’s Surgeon General Steps Up