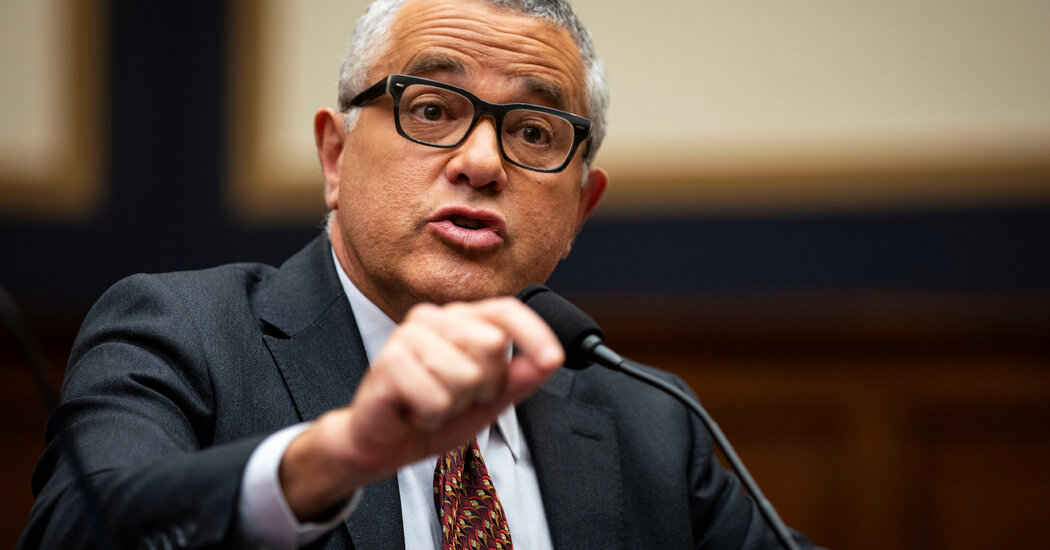 The New Yorker has fired the star journalist Jeffrey Toobin after an investigation into his behavior during a work video call last month, the magazine’s parent company, Condé Nast, said on Wednesday.

As a result of the internal investigation, Mr. Toobin “is no longer affiliated with our company,” Condé Nast’s chief people officer, Stan Duncan, said in a staff note, which was reviewed by The New York Times.

Mr. Toobin, 60, reported the news of his firing on Twitter.

I was fired today by @NewYorker after 27 years as a Staff Writer. I will always love the magazine, will miss my colleagues, and will look forward to reading their work.

In his memo, Mr. Duncan wrote: “I want to assure everyone that we take workplace matters seriously. We are committed to fostering an environment where everyone feels respected and upholds our standards of conduct.”

Mr. Toobin did not immediately reply to a request for comment.

The New Yorker suspended Mr. Toobin after he exposed himself during a Zoom call with employees of the magazine and WNYC radio.

The call was held to discuss a future episode of a podcast that The New Yorker and the public radio station produce. During breakout discussions, Mr. Toobin switched to a second call that was the video-call equivalent of phone sex.

“I made an embarrassingly stupid mistake, believing I was off camera,” Mr. Toobin said last month. “I apologize to my wife, family, friends and co-workers.”

Mr. Toobin, a former assistant U.S. attorney, joined The New Yorker in 1993, under the editor Tina Brown, and quickly made a splash in publishing circles with his coverage of the O.J. Simpson murder trial. Mr. Toobin had applied for a job at the magazine on the advice of a friend, David Remnick, who had joined The New Yorker as a staff writer in 1992 and would become its top editor in 1998.

Mr. Toobin is also the chief legal analyst for CNN, having worked for the network since 2002. In a statement last month, CNN said he had asked for time off “while he deals with a personal issue, which we have granted.” CNN had no comment on Wednesday.

Mr. Toobin wrote on a wide range of subjects for The New Yorker, including the Citizens United Supreme Court case, the relationship between The National Enquirer and Donald J. Trump, and the longtime Trump associate Roger Stone.

He has also written a number of books, including “The Nine: Inside the Secret World of the Supreme Court” and “Too Close to Call,” about the 2000 presidential election. Another of his books, “The Run of His Life,” was adapted for television as the FX series “American Crime Story: The People v. O.J. Simpson.”

Baseball’s Unwritten Rules: Where Does It Say You Can’t Do That?