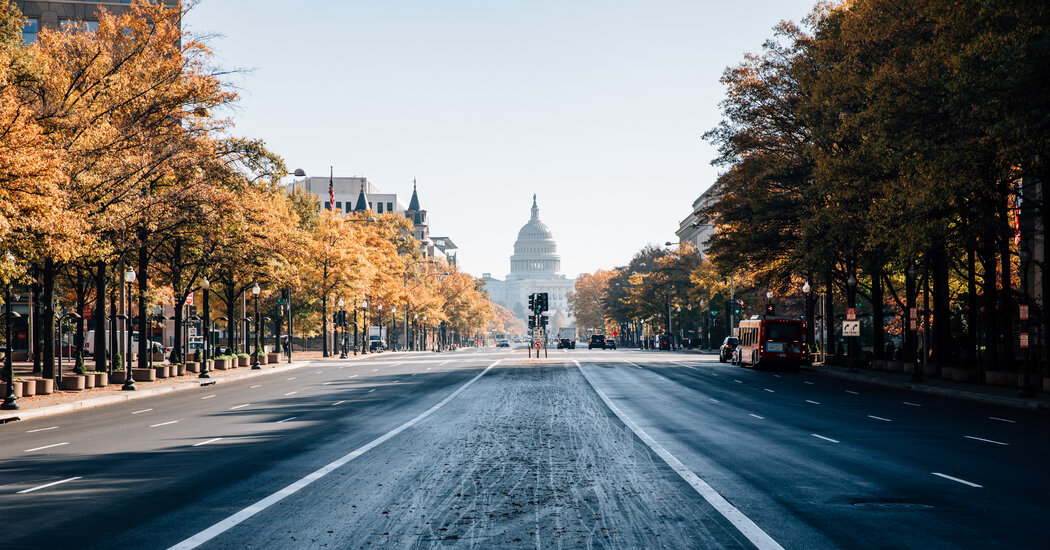 Most of the election-disaster scenarios that journalists and campaign lawyers prepared for don’t seem to have come to pass. True, President Trump and many Republicans are giving the appearance of contesting the election, perhaps to placate Trump’s ego. But so far nothing has emerged that would lead to the Supreme Court getting involved, state legislatures haven’t tried to appoint their own electors and the popular vote and Electoral College tally aligned.

But while we were worrying about an election crisis, we may be unprepared for the crisis of governance that Joe Biden will face after he is inaugurated as president on Jan. 20.

It’s not just the likelihood that the Senate will remain controlled narrowly by Republicans — and so prevent ambitious legislation on climate change, economic stimulus or health care.

There’s much more to governing than legislative initiatives. And unlike previous Democratic presidents, with low expectations for legislative breakthroughs, Mr. Biden could hit the ground running with the day-to-day work of administrative governance, and also unlike predecessors such as Bill Clinton and Jimmy Carter, he and his core staff have the experience in the executive branch that others needed years to acquire.

But they may have to reassemble a broken government before they can begin to use it for good.

The Covid-19 pandemic and economic crisis together have revealed the limits of our capacity to respond to crises that demand basic coordination and resources, limits made far worse by members of the Trump administration but not solely their fault.

In personnel and regulatory rules, the core of the day-to-day business of governing, the next president is likely to encounter a minefield of Trump-era changes; a bureaucracy that’s lost much of its experienced middle tier; and hundreds of officials who have passed the Trump-loyalty tests reportedly organized by the White House personnel director, Johnny McEntee, or cabinet officials like Secretary of State Mike Pompeo, who asked Mr. Trump to fire his agency’s inspector general in May.

The Trump administration has moved aggressively to alter regulations affecting the environment, workplace health and safety, education policy and programs like Medicaid. This newspaper has documented the completion or advancement of rollbacks of more than 100 environmental rules, some of which went even beyond the wish lists of the companies that will benefit. The Economic Policy Institute found 50 actions that would limit workers’ rights.

Some changes made by executive order can be reversed quickly by the same method, but most will require lengthy rule-making periods of their own, with time for public comment and possible legal challenges.

All these regulatory changes, and the complexity of reversing them, will be like sand in the gears in the implementation of any action on climate, student loans or health care, as well as to the ordinary functioning of government. And they will make enacting an effective medical, economic and social response to the pandemic even more challenging.

The Trump administration’s shocking sabotage of the census adds another complication that will ripple through the management of the more than 130 federal programs, including Medicaid and food stamps, that use census data to allocate funds.

Steve Bannon and other acolytes of Mr. Trump denounced the “administrative state” as if it were a permanent and unchanging feature, but Mr. Trump has effectively used the administrative state to dismantle itself, beginning quickly to drive out experienced midlevel lawyers, scientists and analysts, even devising tactics like moving whole offices far from Washington. Throughout the federal government, political loyalists so inexperienced they have not yet completed college have been installed in key positions. Many are likely to try to “burrow in,” converting political appointments to protected Civil Service positions.

Officials below the cabinet level — with titles such as director of the Bureau of Land Management, or assistant secretary for postsecondary education — will be as important as the higher-profile positions, and filling them quickly (or replacing unqualified people who hold those positions now) with experienced people familiar with the agencies should be a priority.

But Mitch McConnell’s Senate can grind this process to a halt, too, even if it confirms many of Mr. Biden’s top-level nominees.

There are still constructive efforts to prepare for governance in 2021, including by the very nonpartisan Partnership for Public Service’s Center for Presidential Transitions. Perhaps the most comprehensive catalog of actions a Democratic president could take without support in Congress is the “Day 1 Agenda,” published by the liberal magazine The American Prospect in 2019. It includes ambitious steps to strengthen antitrust enforcement and forgive student loan debt.

But the basic challenge of claiming control of the executive branch and carrying out a public health and economic response to the pandemic requires far more than a day to be ready.

Mr. Biden and his team might also not realize how much has changed, and how many of the basic structures of daily governance have been broken. One value of democratic norms is that they create expectations that allow smooth transitions across administrations or within them. As those norms have been broken in the Trump years, so have those expectations.

People’s direct experience of government and the services and security it provides, or fails to provide, shapes our sense of ourselves as citizens in a democracy as much as, or more than, elections and legislation. Much will depend on the Biden administration’s preparation for what it finds when it finally takes the keys to the White House.

Mark Schmitt (@mschmitt9) is the director of the political reform program at the research organization New America.

Fewer Airline Passengers, but a Higher Rate of Illegal Guns in Carry-On Bags