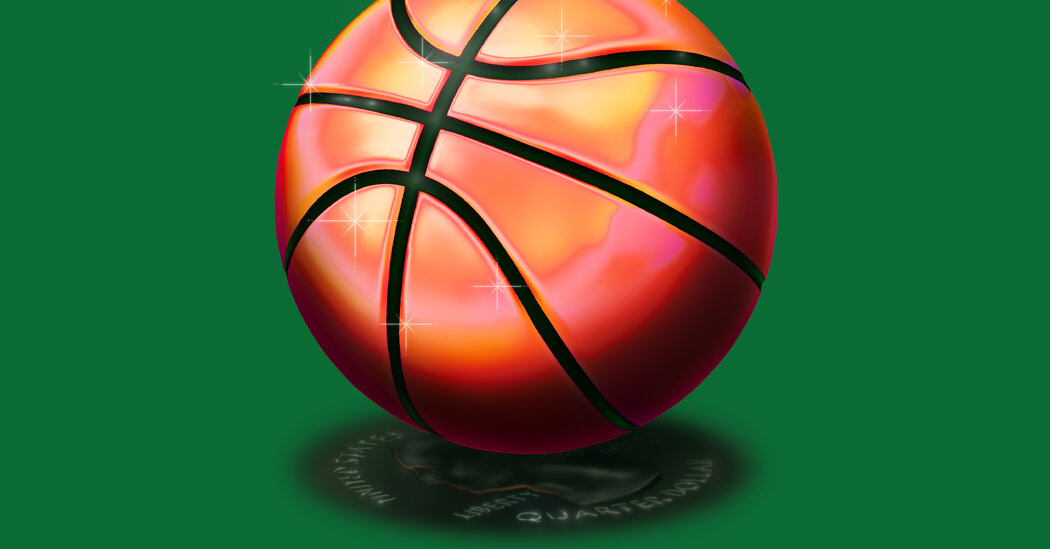 College sports has a lot of hypocrisy. I believe it’s time for the N.C.A.A. to stop pretending that education is its top priority and pay college athletes.

Universities are supposed to be educational institutions, but for too many of them, their self-worth is tied to winning. When you win, you make more TV money. The school receives more alumni donations and student applications. Local businesses fill up with more customers. Enrollment increases, which brings more revenue.

The N.C.A.A. is run by universities, so it has a conflict of interest between education and money. We all know how that conflict turns out. I once spoke to a meeting of athletic directors and told them, “All you administrators preach education, but you vote money. When it’s time to make rules, you vote for the rules that will make everybody the most money.” I’m not saying that voting money is bad. I’m saying let’s call it what it is. Capitalism is the system we operate in. College basketball is subject to the laws of supply and demand.

The amateurism of big-time college sports is antiquated and needs to be redefined. We shouldn’t act like going to college is a religious experience for everybody. The best basketball players right now are not going to college for an education. They are going to college for less than a year to make millions in the pros, which can be a smart decision. Pretty soon, very few of the best players will attend college at all. Most of them will go straight to the N.B.A., the G League or overseas — or just stay home and work out.

The problem is, there aren’t enough jobs for all the high school kids who think they are pro material. These kids won’t care about academics, because they think they’re going to the N.B.A. The ones who don’t make it, which will be many if not most of them, would have been much better off with a college education.

But the world is changing, and college athletics needs to adapt. For many years, I resisted the idea of paying players. I felt that it would be too hard to change the system, and that paying players would create more problems than it solved. I thought we had dug our own grave so deep we couldn’t throw the shovel out. But recently, I changed my mind.

At this point, I believe the best course for college basketball is sharing revenue with players. I’ve been joking for years that whenever a blue-blood school commits a violation, the N.C.A.A. puts a historically Black college on probation. Now those jokes don’t sound so funny anymore, because some big schools are on federal wiretaps talking about paying kids and the N.C.A.A. is taking years to do anything about it.

Everybody within college basketball knows which schools are buying players — illegally offering cash or other gifts to players or their families to convince them to attend and play at their schools. The whole system is filthy with it, well beyond the few schools publicly named by the N.C.A.A. Since the N.C.A.A. won’t hold everyone accountable, paying players might as well be legal. Schools that don’t pay for players have an extremely hard time competing for championships, and coaches who don’t cheat can barely hold on to their jobs, because their losses against the cheaters are counted against them.

The N.C.A.A. is also teaching young athletes that the way to succeed in life is to break rules, not follow them. We are abdicating our responsibility to act on the rules we make and corrupting the educational mission that universities are supposed to have. It seems that the N.C.A.A. is making players into thieves. It feels like entrapment.

If I were coaching right now, I would cheat, too. I would pay for players, because if I didn’t I would lose to the cheaters and get fired. The N.C.A.A. has almost given coaches no other choice but to cheat if they want to compete for championships.

I don’t condone how adults use high school kids to make money, but a lot of these kids are not innocent, either. Most of the kids who take money make a conscious decision to do so. I’m sick and tired of hearing that helpless kids are being taken advantage of by unscrupulous adults. These kids know their worth on the black market, and they decide to cheat. They are not innocent, and they should be penalized when they break the rules. But the people who run the N.C.A.A. are more guilty than anybody. They go after petty violations like having too many coaches at practice, but turn a blind eye to buying five-star recruits who bring in millions of dollars’ worth of ticket sales and TV ratings.

It wasn’t easy for me to come to the conclusion that players should be paid. It’s always bothered me when people say college athletes make money for schools but get nothing in return. A free education is not nothing — ask someone with student loans about that. Ask someone stuck in a low-wage job if a college degree is nothing. It makes sense to say that college athletes should receive more, but don’t devalue education.

Paying players would not be easy. A lot of difficult questions would need to be answered. For example, if we had paid players when Allen Iverson was at Georgetown, he would have believed that he should be paid more than everybody else — and he would have been right. How do you set up a fair compensation system? How would we ensure that female athletes are treated equitably under Title IX? How would it change our responsibility to educate players? What about the majority of schools whose football and basketball teams do not make money? If we are basically hiring kids to play college sports, does that mean we can fire them, too? I haven’t heard anyone satisfactorily explain how all this could work. But that doesn’t mean it’s impossible, or worse than the alternative.

A wise person once told me that love is not a word, it’s an action. The same concept applies to fairness and justice. Without action, we cannot have fairness and justice in college basketball. Since the N.C.A.A. is clearly hurting kids and coaches by refusing to act on its own rules, let’s end the charade and allow college athletes to be paid.

John Thompson Jr. was Georgetown University’s basketball coach from 1972-1999 and the author of the forthcoming “I Came as a Shadow: An Autobiography,” written with the journalist Jesse Washington, from which this essay is adapted. Mr. Thompson died on Aug. 30.

How to Make Sense of the Roberts Court

The Dire Wolf Might Have Prowled Asia, Fossil Suggests