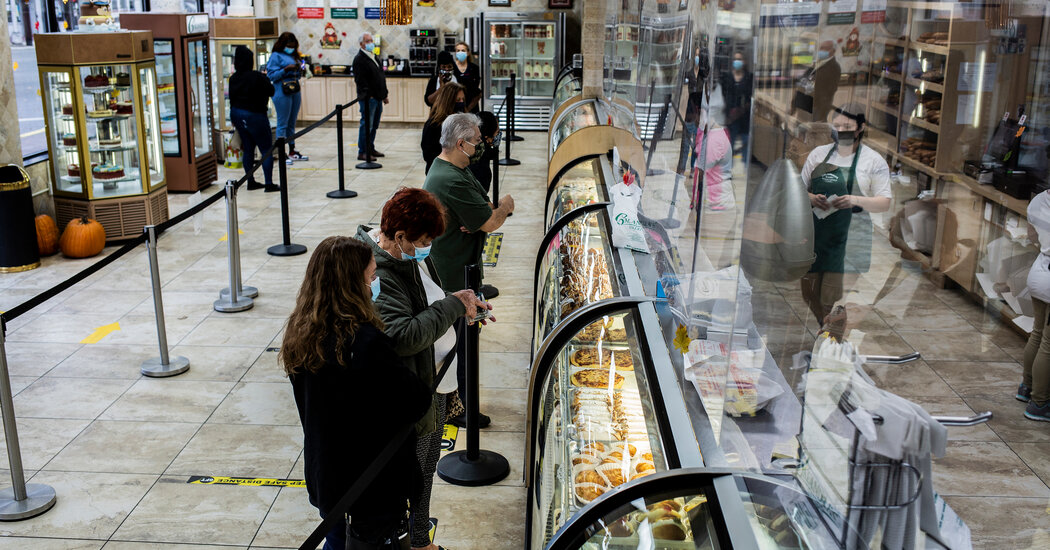 But the number of new cases in Newark, the state’s largest city, kept climbing, with 842 new reported infections over the last four days. Of those people tested in Newark over three days last week, 19 percent were found to have the virus, city and county officials said — more than double the statewide rate, and almost eight times the rate in New York State.

The uptick mirrors a spike in Covid-19 hospitalizations across New Jersey to levels not seen since June.

On Tuesday, New Jersey recorded 3,777 new infections, the most since April — a figure the governor called “devastating.” Hospitals also reported 15 coronavirus deaths, adding to the state’s pandemic death toll of more than 16,400.

Newark sits just a few miles west of New York City, where officials are struggling to contain a spike on Staten Island and bracing for a second wave of cases.

Alarmed by the new data, Newark’s mayor, Ras J. Baraka, implemented a sweeping set of rules on Tuesday designed to avoid a repeat of the springtime outbreak. Mr. Baraka ordered a 9 p.m. weekday curfew for residents of three ZIP codes, and canceled all team sports activities citywide, effective immediately. He barred Newark’s nursing homes from accepting visitors for two weeks, and capped gatherings — indoors and outdoors — at 10 people until at least Dec. 1.

Aides said Mr. Baraka would not hesitate to shut down businesses, issue fines and suspend liquor licenses if needed.

Perry N. Halkitis, a dean of biostatistics and urban-global public health at the School of Public Health at Rutgers University,said that an emphasis on quelling indoor drinking during late-night hours, when inhibitions drop, was appropriate. He also said he was equally concerned about private indoor gatherings that are harder to monitor.

“You really love your family?” said Dr. Halkitis. “For Thanksgiving, you should not be with them.”

A resurgent virus attacks the heartland, just before the election.

At least three people at a White House election party have tested positive, including...