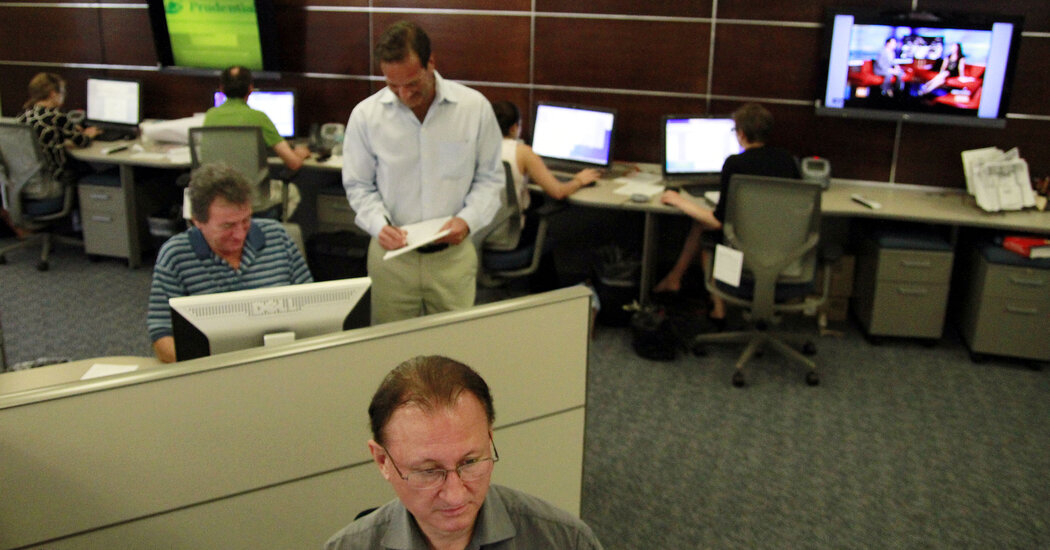 For years, Newsmax was a bit player in the right-wing media universe. The 22-year-old news outlet was small compared with conservative media juggernauts like Fox News and Breitbart, with a modestly popular website and a little-watched TV network featuring shows with Republican B-listers like Diamond & Silk and Sean Spicer, the former White House press secretary.

But that changed after last week’s election, when Newsmax refused to call the election in Mr. Biden’s favor. Newsmax does not have a decision desk, so its refusal mostly amounted to a symbolic protest. Still, it buoyed Trump supporters who were defiant about the president’s loss, and led Mr. Trump and his allies to embrace the outlet as a friendly venue. Since then, Newsmax TV has promoted a parade of conspiracy theories and false allegations of voter fraud, and has pointedly refused to refer to Mr. Biden as the president-elect.

The alternate-reality strategy is working, and turning Newsmax into a legitimate contender for conservative eyeballs in the post-Trump era. Newsmax TV is getting its highest ratings this week, with as many as 800,000 people tuning in to its prime-time shows, according to Nielsen. (Before the election, it was averaging just 65,000 viewers at any given time, according to CNN’s Brian Stelter.) Mr. Trump has been furiously sharing Newsmax clips and retweeting supporters who say they are turning to the network out of frustration with Fox News.

“He’s very disappointed in Fox News,” Christopher Ruddy, Newsmax’s chief executive and a friend of Mr. Trump’s, said in a CNN interview on Sunday. Citing increased ratings since the election, Mr. Ruddy claimed that Newsmax is now “a major player in cable news.”

Sticking by Mr. Trump in defeat is also paying off online. Newsmax’s app was the fourth most-popular app in Apple’s App Store on Thursday, ahead of TikTok and Instagram. On Tuesday, for the first time, it beat both Fox News and Breitbart in Facebook engagement, according to data from CrowdTangle, a Facebook-owned analytics tool. And its YouTube channel has more than doubled its following since the election and now has more than a million subscribers.

Newsmax is still considerably smaller than Fox News. But its willingness to indulge fringe conspiracy theories and defend Mr. Trump with disproved voter fraud allegations has endeared it to the Trump base, and fueled speculation that Mr. Trump could use it as a template for his own post-presidency media venture.

Election officials across the nation have said that there is no evidence of widespread vote fraud, and many Republican legal challenges have been thrown out in state courts. But on Newsmax TV, hosts have been encouraging Mr. Trump not to concede defeat, saying there is still a chance he will be proclaimed the winner.

“You dig in your heels, and you fight,” said Carl Higbie, a Newsmax host, in a video that has been viewed more than 19 million times on Facebook.

The rush to confirm a Supreme Court pick loomed over the Maine Senate debate.