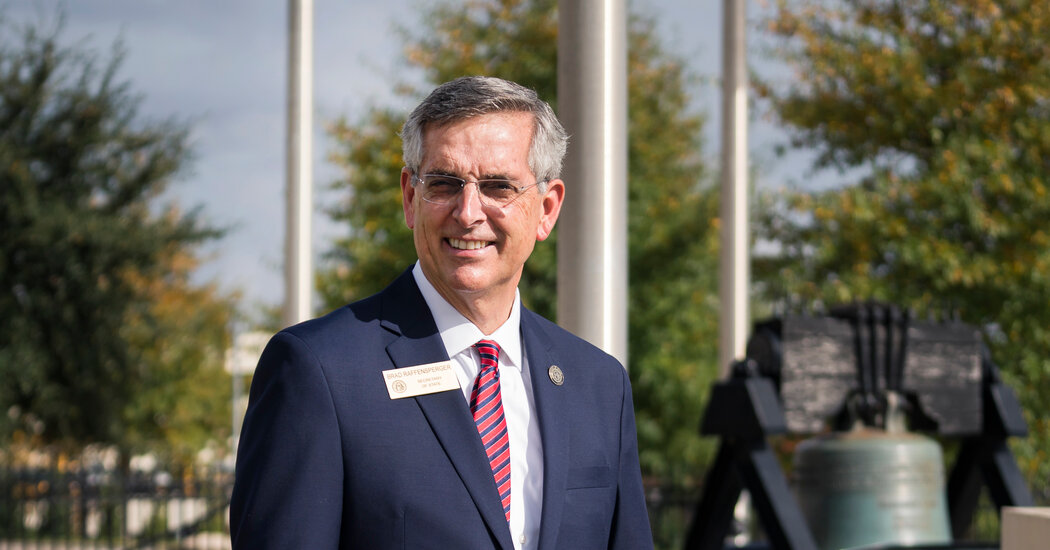 President-elect Joseph R. Biden Jr.’s transition team is dealing with two major sources of uncertainty as it scrambles to set up an administration during a pandemic and the resulting economic collapse: the unresolved Senate picture and the roadblocks posed by President Trump’s refusal to concede.

The two have begun feeding on each other, with congressional Republicans, fearful of President Trump torpedoing their Georgia Senate candidates in a fit of pique if they back away from his election claims, largely unwilling to confront the president.

Though most leading Republicans have not repeated his claims, they have also declined to acknowledge Mr. Biden’s victory, fearing that doing so would enrage the president and his loyal base of supporters.

On Wednesday, Georgia’s secretary of state, Brad Raffensperger, a Republican, authorized a hand recount of the state’s election, a move that was likely to please the president. But a recount is extremely unlikely to reverse the result for Mr. Trump, who trails in the state by more than 14,000 votes, and it would not change the overall outcome of the presidential race because Mr. Biden has more than 270 electoral votes even without Georgia.

“We need his voters,” Senator John Thune of South Dakota, the second-ranking Republican, said on Wednesday of Mr. Trump. “Right now, he’s trying to get through the final stages of his election and determine the outcome there. But when that’s all said and done, however it comes out, we want him helping in Georgia.”

They Came for My Father Nearly 30 Years Ago. It Still Haunts Me.