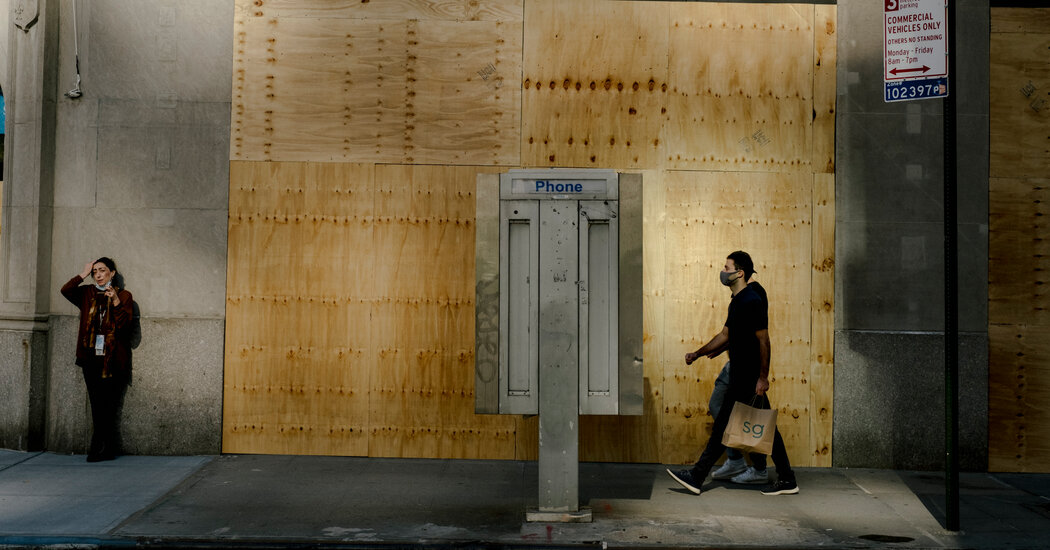 Officials in New York urged residents on Thursday to fight their pandemic fatigue and adhere to precautions and restrictions, including the state’s newly announced limits on private gatherings and earlier closing times for restaurants, bars and clubs.

“Every single thing you do matters,” Mayor Bill de Blasio of New York City said at a news conference on Thursday. “You can stop the disease from being transmitted by doing the right thing, or you can inadvertently transmit the disease by doing the wrong thing.”

On Thursday, Mr. de Blasio said the seven-day average rate of positive coronavirus test results citywide was at 2.6 percent, coming closer to the 3 percent threshold that he has said would prompt him to shut down the city’s public schools. The positivity rate has been rising consistently lately, and is up more than one percentage point from a month ago.

Mr. de Blasio has warned that the city is edging toward a much-feared second major wave of the virus, though he has also said it is not yet too late to reverse the trend.

The new restrictions Gov. Andrew M. Cuomo announced on Wednesday were among its broadest efforts to blunt the spread of the virus since the devastating first wave of infection in the spring, when tens of thousands of people died. The measures, which take effect on Friday evening, limit private indoor gatherings to 10 people. Gyms, restaurants and bars must close at 10 p.m., though restaurants can provide continue to provide takeout and delivery service later than that.

Mr. de Blasio said Thursday he had spoken with Mr. Cuomo about the rules, and that the city would work to enforce them, without giving details. But the restrictions would be most effective, he said, if city residents bought into them.

Mr. Cuomo, who on Thursday reported that the statewide seven-day average positivity rate was 2.6 percent, made a similar plea. “These next weeks are going to be key, and we really need people to buckle down,” he said during a brief media appearance on Spectrum News Albany.

Officials across the country have confronted growing public fatigue with social-distancing rules and other limitations, a reality that the mayor acknowledged.

The mayor also said that new state restrictions would take effect Friday on Staten Island, now a hot spot in the city. They include mandatory testing at schools, capacity limits at houses of worship and a limit on four-person tables at restaurants.

At the news conference on Thursday, the borough president, James Oddo, urged Staten Island residents to “rise up to the occasion” and adhere to mask-wearing guidelines.

Elsewhere in the New York area:

The Jersey Shore Vacation of my Imagination