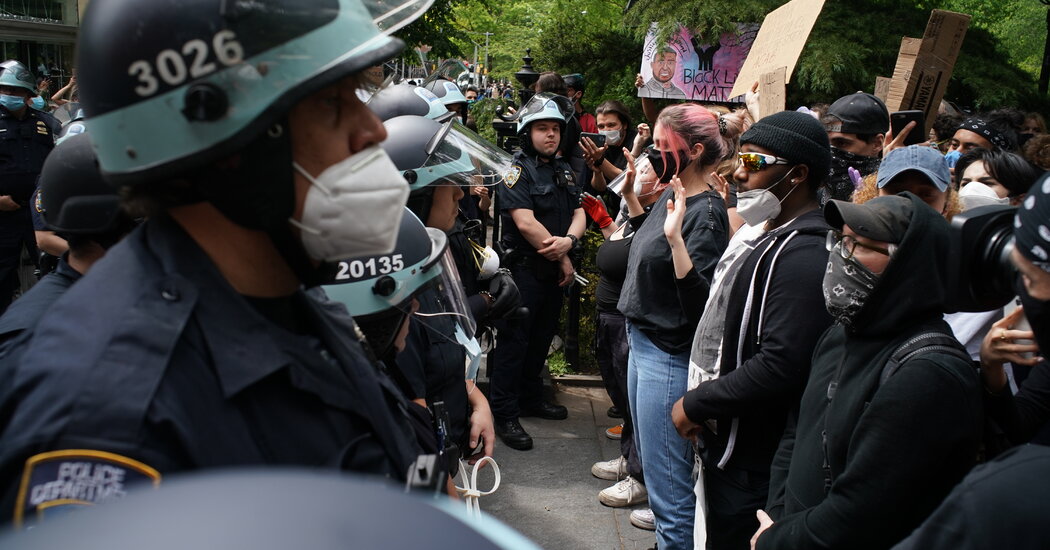 Four senior officials at the city agency that investigates allegations of police misconduct were abruptly laid off on Thursday in what officials described as a restructuring aimed at expanding its investigative muscle.

But some employees said the layoffs at the agency, the Civilian Complaint Review Board, were retaliation for the officials’ roles in criticizing the agency’s response when the Police Department refuses to cooperate with its investigations.

The layoffs come after a series of deaths of Black people at the hands of the police, including George Floyd in Minneapolis, spurred massive protests against police brutality and a surge of complaints against officers in New York City and across the nation.

The protests have focused new attention on the review board and its work as momentum has built in the City Council and State Legislature to overhaul the criminal justice system and address systemic racism.

A spokesman for the Civilian Complaint Review Board said the agency was eliminating four senior positions so that the agency could hire 20 additional investigators over the next year. “This will hopefully make investigations quicker and more thorough,” the spokesman, Ethan Teicher, said.

But current and former employees said the four people laid off — two chiefs of investigations, one deputy chief of investigations, and the director of policy and advocacy — all pushed for the agency to take a more aggressive stance toward the Police Department.

The officials — J. Christopher Duerr, Winsome Thelwell, Dane Buchanan and Nicole M. Napolitano — were summoned to meetings early Thursday with human resources officials and summarily let go, according to an agency employee with knowledge of the matter. None of the officials returned messages from a reporter seeking comment on Thursday.

Mr. Buchanan was the co-author of a memo obtained by ProPublica outlining how the Police Department was withholding crucial evidence, including body-camera video, from the review board and steps the agency could take — but did not — to fight back.

Ms. Thelwell is one of the agency’s longest-serving employees, with about 25 years of experience.

Ms. Napolitano had written several memos to agency executives detailing areas where it could improve.

The turmoil inside the review board comes as recent demonstrations against police brutality prompted state lawmakers to repeal a law that had been used to make officers’ disciplinary records secret. In response, the review board released a database of civilian complaints going back decades.

The agency does not have the power to discipline officers. Instead, it makes recommendations to the Police Department and, sometimes, prosecutes the most serious cases before an administrative judge.

The board has 18 months to investigate cases and make recommendations, and delays can cause a case to be closed before the review board completes its probe.

Over the summer, the review board threatened to bring charges against officers who refused to show up for remote interviews with investigators after the Police Department declined to take action for weeks. The department eventually ordered the officers to comply.

Andrew Case, a former spokesman for the review board, said Ms. Thelwell and Mr. Duerr were among the agency’s longest-serving employees and were experts on the Police Department and the disciplinary process.

“These are people who have deep institutional knowledge spanning multiple executive directors, multiple police commissioners, multiple mayors, on how to obtain and present evidence of police misconduct,” he said. “It doesn’t seem that there’s any reasonable reason to choose these people to terminate, except to retaliate against them for something.”