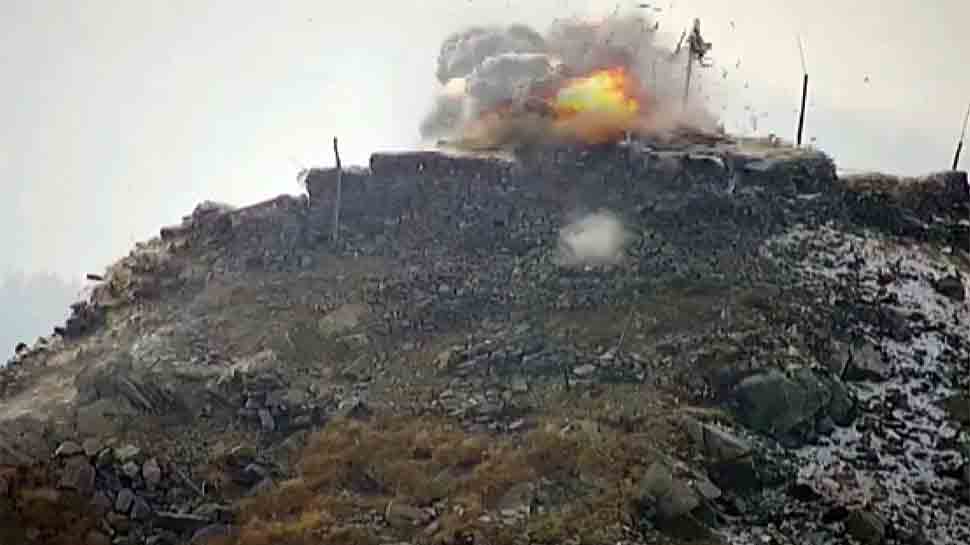 NEW DELHI: Indian troops on Friday (November 13) conducted retaliatory firing along the Line of Control (LoC) killing eight Pakistani soldiers and injuring 12 others besides causing extensive damage to its infrastructure, officials and sources said. At least five Indian jawans and six civilians also lost their lives in the heavy exchange of cross-border firing on Friday.

On November 13, four Indian Army personnel, a BSF sub-inspector and six civilians were killed, while four security forces personnel and eight civilians were injured in the firing by Pakistan during the multiple ceasefire violations between Gurez and Uri sectors in Jammu and Kashmir, officials said.

The Pakistani army also resorted to heavy firing and shelling targeting villages and forward areas along the LoC in Poonch district, injuring seven people, including two Army porters, they said.

A number of videos released by the Indian Army showed destruction of several Pakistani positions and bunkers across the LoC with some of them going up in flames following the Indian retaliation.

According to intercepts of Pakistan Army communications, those killed included two commandos from its Special Service Group, PTI quoted sources as saying.

In addition, a number of Pakistan Army bunkers, fuel dumps and terrorist launch pads across the LoC were destroyed and set on fire, they said. Srinagar-based defence spokesman Col Rajesh Kalia said Pakistan used mortars and other weapons and deliberately targeted civilian areas. Two civilians were killed in Kamalkote sector, also in Uri, while a woman was killed in Balkote area in Haji Peer sector, the officials added.

They said apart from various places in Uri, the ceasefire violations were reported from Izmarg in Gurez sector of Bandipora district and Keran sector of Kupwara district.

Heavy exchange of fire was going on when the last reports last came in from the area, officials said, adding it was the third day in a row that Pakistani troops were targeting Shahpur, Qasba and Kirni sectors of Poonch.

Earlier, Col Kalia said the Army foiled an infiltration bid, which was aided by the ceasefire violation, along the LoC in the Keran sector. This was the second infiltration attempt within a week. The earlier unsuccessful bid in Machil sector during the intervening night of November 7- 8 was foiled in which three militants were killed.

Three Army soldiers, including a Captain, and a BSF jawan also lost their lives during the operation.

The Rise and Fall of Carl Lentz, the Celebrity Pastor of Hillsong Church

Australia Faces its Own Reckoning Over Diversity in Media

SC allows NEET exam to be held on October 14 for those who failed...

The Other Way Covid Will Kill: Hunger

The Rise and Fall of Carl Lentz, the Celebrity Pastor of...