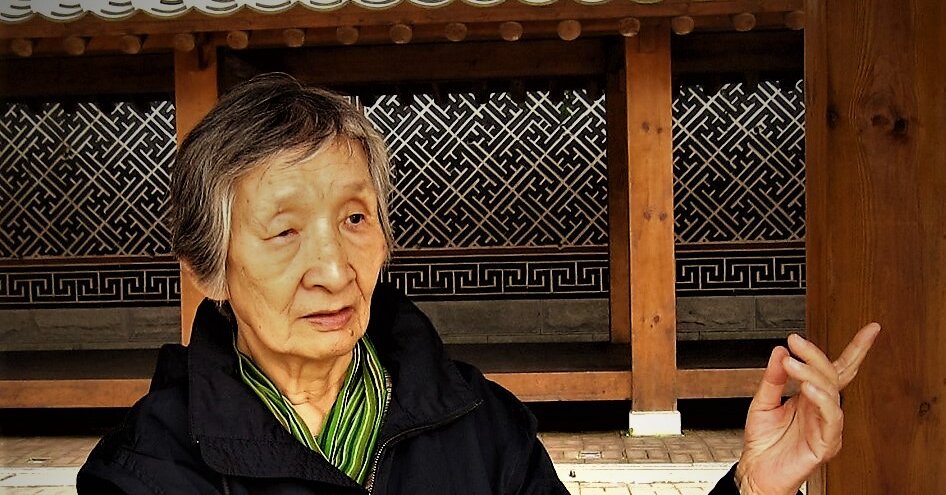 When Lee Hyo-jae learned of a university colleague’s research into the Korean “comfort women” taken by the Japanese military for use as sex slaves during World War II, she came to view the government-sanctioned enslavement as one of history’s most brutal war crimes.

She spent the next two decades fighting to bring attention to the issue and to secure redress from Japan. But that was only one of many causes taken up by Ms. Lee, one of South Korea’s foremost activists on behalf of women’s rights and democracy.

She helped abolish South Korea’s patriarchal naming system, allowing people to use two surnames to reflect their heritage from both parents. She helped establish a quota requiring that half of a party’s candidates running for the National Assembly be women. She pushed for equal pay for equal work.

“In the dark times when the stars were brighter, she was one of the most brilliant,” President Moon Jae-in said in a statement after her death. He posthumously awarded her a national medal, an honor she declined in 1996 because the same medal was being given to someone she believed to be a government agent planted within the women’s movement.

Along with her work on behalf of women, Ms. Lee was also active in the struggle for democracy when South Korea was under dictatorial rule, and was a forceful advocate for the reunification of the two Koreas.

She was among a group of 30 female activists, including Gloria Steinem and the Nobel Peace laureates Leymah Gbowee and Mairead Corrigan-Maguire, who received international attention for making a rare trip in 2015 across the Demilitarized Zone separating the North and South to promote disarmament and peace between the two countries, which are technically still at war.

Ms. Lee was a professor emeritus of sociology at the prestigious Ewha Womans University, where she inspired generations of young women. Many became leading feminists and rose to key positions in liberal governments. Ms. Lee turned down a number of offers to enter politics, preferring her roles as professor and activist.

In her later years, Ms. Lee helped found the Miracle Library, a national network of libraries aimed at children and teens in rural areas.

Lee Hyo-jae was born on Nov. 4, 1924, in Masan, a precinct of Changwon in Gyeongsang Province, during the Japanese occupation of Korea. Her father, Lee Yak-shin, was a Presbyterian minister and leader in the church and her mother, Lee Oak-kyung, founded and ran an orphanage.

When she was a young woman, her parents brought her to Seoul for an arranged marriage but Ms. Lee ran away, believing it would interfere with her ambitions, Mr. Rowe said. She never married.

A few years later her father met Jobe Couch, an American serviceman attached to the U.S. Embassy in Korea. Mr. Couch, who was married but had no children, became impressed by Ms. Lee’s younger sister Hyo-suk and offered to take her back with him to the United States to gain a college education. The sister, however, refused to go without Ms. Lee and so he brought them both in 1945.

It wasn’t easy. Mr. Couch had to enlist the help of an Alabama congressman, Carl Elliott, to obtain visas and he had to lobby the University of Alabama to accept the sisters on full scholarships even though they did not speak English.

Ms. Lee earned a bachelor’s degree at Alabama and went on to earn a master’s in sociology from Columbia University before returning to South Korea in 1957.

She founded the sociology department at Ewha the following year. She began teaching the school’s first course in women’s studies in 1977, which led to the development of South Korea’s first graduate level women’s studies program.

“She was the most distinguished woman leader at that time,” Jung Byung-joon, a history professor at Ewha, said in an email, and she became an advocate for human rights and democratization. “It was very challenging and dangerous choice for her to join the anti-regime movement.”

She was fired from Ewha in 1980 for her opposition to the military regime in power at the time, but was reinstated in 1986 as the country was returning to democracy.

Ms. Lee is survived by her daughter Hee-kyung and her sister, who now goes by Hyo Suk Rowe, and two other sisters, Sung Suk Gaber and Unwha Shin.

She was especially passionate about the cause of the “comfort women.” As many as 200,000 women from Korea and other Asian countries were conscripted as sex slaves for Japanese troops beginning in the 1930s.

“Japan’s crime against the women is unprecedented, even among the brutal war histories of humankind, because this enslavement of Korean women was carried out systematically as an official policy of the Japanese government,” Ms. Lee told the Los Angeles Times in 1994, when a memorial library was dedicated in Koreatown. “It’s ironic that the first memorial to the women should be in America.”

How Fox News Covered the Trump Tax Story on Monday

A Winner on Election Day in November? Don’t Count on It

Daniel Prude Case: Grand Jury Is Set Up to Investigate Death in Rochester