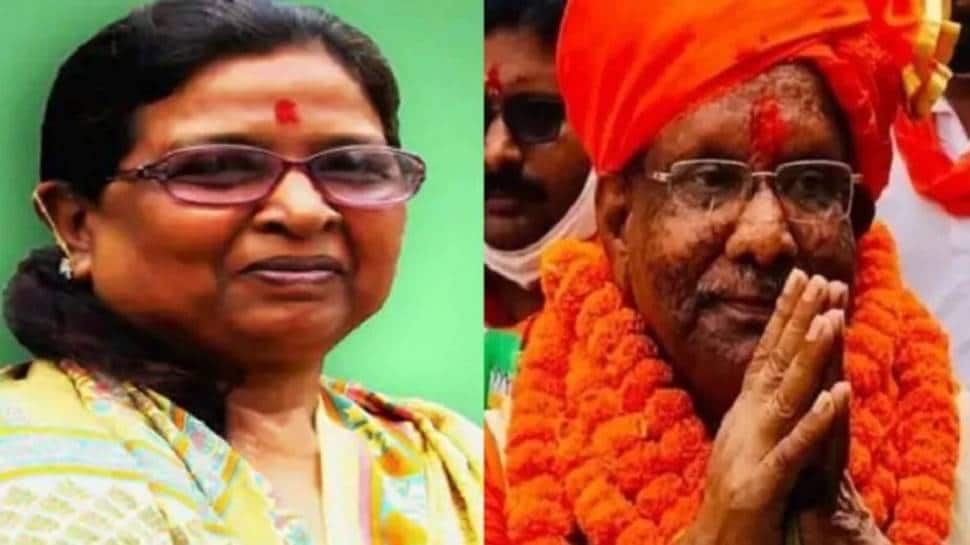 New Delhi: A day before Nitish Kumar is to be swon in as the Chief Minister, four-term Katihar MLA Tarkishore Prasad was on Sunday (November 15, 2020) named the BJP legislature party leader.

It is also reported that Prasad could be the new deputy chief minister of the new NDA government headed by Nitish Kumar.

Further, Bettiah MLA Renu Devi was made the BJP’s deputy leader and she could be made the other deputy CM in the NDA ministry.

Renu Devi said that the Prime Minister has worked for women, will continue to work under the leadership of Nitish Kumar in Bihar Renu Devi was asked about the post of Deputy CM, then she said that she does not know anything about it.

Meanwhile, the National Democratic Alliance (NDA) on Sunday unanimously elected Janata Dal-United chief Nitish Kumar as its leader. The formal election of Nitish Kumar as NDA leader means that he will be the next chief minister of Bihar, for the fourth consecutive term.

The oath-taking ceremony will be held on Monday at 4.30 pm. Prasad and Renu Devi’s names were announced at the BJP legislature party meeting during the day.

A New Museum to Bring the Benin Bronzes Home

‘The Good Lord Bird’ Review: The Necessity of John Brown