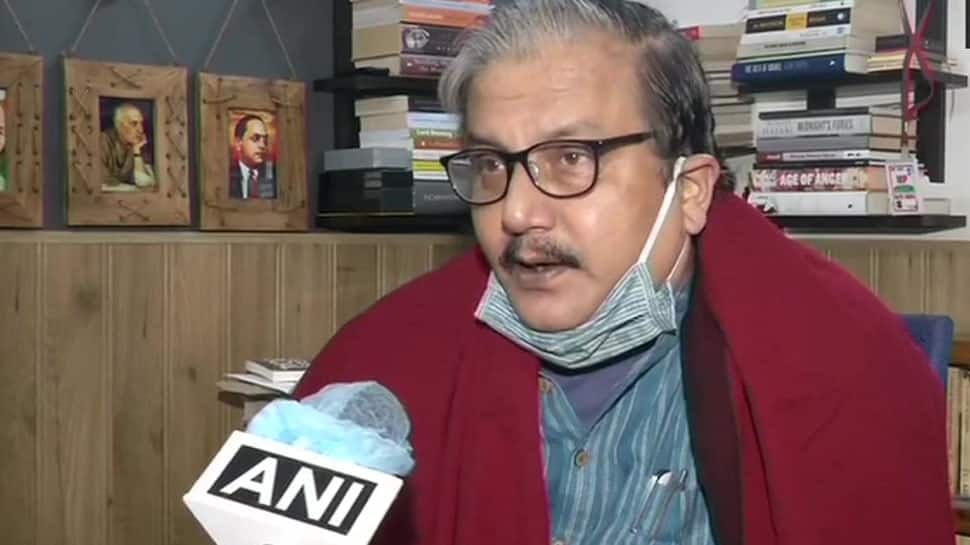 Senior Rashtriya Janata Dal (RJD) leader and Rajya Sabha MP Manoj Jha on Saturday (November 14) said that Janata Dal (United) chief Nitish Kumar is on a wafer-thin majority in Bihar “managed” by the Bharatiya Janata Party (BJP) and he would not last long as chief minister of Bihar.

In a scathing attack on incumbent CM Nitish Kumar, Jha said that the JD(U) leader suppressed the mandate of the people by switching from the ‘Mahagathbandhan’ to the National Democratic Alliance (NDA) in 2017.

“Even the NDA and the BJP must admit that if it had not been a mandate for change, Nitish Ji would not have won around 40 seats in the State Legislative Assembly. You (Nitish Kumar) are on a wafer-thin majority, that too, a managed one. A managed-majority government doesn’t last long,” Jha told ANI.

Jha added that RJD has already approached the Election Commission about the low vote margins and said that people of Bihar would take to the streets in future seeking accountability from CM Nitish Kumar.

“You (Nitish Kumar) suppressed the people’s mandate with a decree, but now the people of Bihar have woken up. They have seen the difference between a mandate and a decree. Now, people of Bihar will not spare you. People will now come to roads to ensure accountability,” Jha said.

Referring to CM Nitish Kumar’s remark on Chirag Paswan-led Lok Janshakti Party, Jha said that the JD(U) chief has no other option. “Nitish doesn’t have an option. A person with 40 seats is looking to become the next Chief Minister. The BJP has the control and the script now,” noted the RJD MP.

Meanwhile, the NDA partners are scheduled to meet on Sunday (November 15) to decide who will be the next Chief Minister of Bihar.

“The legislature party meeting will happen on Sunday, November 15 at 12.30 PM. Things will be discussed in detail and all decisions will be taken at that time. What is decided will be informed to you all after that meeting,” CM Nitish told reporters.

C.D.C. Warns of the Dangers of Drinking Hand Sanitizer After Fatal Poisonings