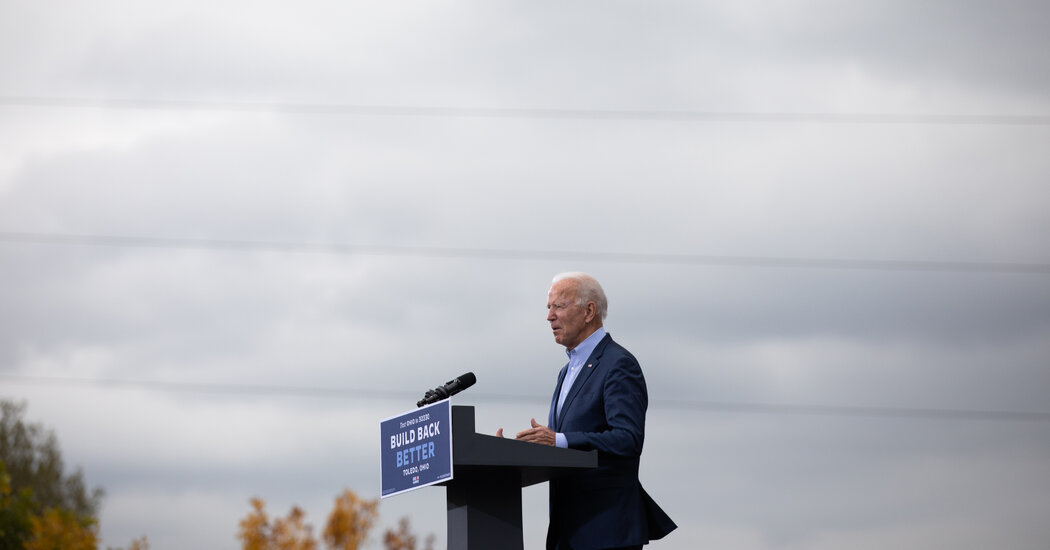 President-elect Joe Biden has signaled that he will move swiftly to restore dignity to the badly sullied image of the United States; respect for the professionals of America’s diplomatic, intelligence and military services; and a more predictable, nuanced and sympathetic approach to foreign relations. That message of a restoration of norms is likely to resonate in many capitals around the world, as it did with an electorate that gave Mr. Biden a decisive victory over Donald Trump.

There is much that Mr. Biden can do in his first 100 days. He has already vowed to promptly rejoin the Paris accord on climate change and to make climate action central to his administration. He has declared his intention to restore the United States’ relationship with the World Health Organization, signaling that the United States will join forces with the rest of the world to halt the rampage of the coronavirus.

Mr. Biden is also expected to organize a summit of democracies, and to recommit the United States to exposing human rights abuses wherever they arise, whether in China, Russia, Saudi Arabia or Turkey. At the same time, he will seek ways to revive the nuclear deal with Iran, and agree with Russia to extend the New START treaty on limiting strategic nuclear arms. Hopefully, Mr. Biden will terminate American support for Saudi Arabia’s terrible war in Yemen.

These are all welcome signs of America’s imminent return to a role in the world that better reflects our historical values.

The team Mr. Biden is said to be assembling looks as if it will be composed of veterans of administrations past and paid-up members of the foreign policy establishment. If Republicans retain control of the Senate, Mr. Biden’s appointments could be constrained by the need to get them confirmed, while the scope of his actions will often be reduced to what can be accomplished through executive orders.

Even a Senate controlled by Democrats would not presage a dramatic departure in American strategies and policies. Mr. Biden may tone down the trade war with China, but contentious differences on issues such as 5G networks or China’s claims in the South China Sea will remain at the fore. Whatever hold President Vladimir Putin may have had on Mr. Trump almost never translated into a lifting of sanctions, and Democrats are not likely to seek a reset with Russia. Mr. Trump’s bromance with Kim Jong-un did little to change the U.S. stance on North Korea. Mr. Trump’s approach to the Israeli-Palestinian conflict was decidedly one-sided, yet there had been no movement toward a two-state settlement in the years before Mr. Trump became president, and there is little indication that any such movement is imminent no matter who’s in the White House — or where the U.S. Embassy is.

Mr. Biden is likely to continue Mr. Trump’s attempts to withdraw from foreign wars and be reluctant to enter new conflicts, though with more nuance and more concern for allies. While Mr. Biden will definitely not emulate Mr. Trump’s zero-sum approach to trade, with tariffs slapped on friend and foe alike, free trade is not something Democratic voters are always keen on. While most NATO allies and members of the European Union will celebrate the exit of Mr. Trump, the United States is likely to continue insisting that NATO allies start paying a fair share for the common defense. The Europeans, for their part, have recognized that the United States is no longer the undisputed boss of the free world.

In short, the world is not what it was in 2016, nor can it go back to the status quo ante. China is considerably more assertive, and countering Beijing’s aggressions while recognizing its legitimate demands and seeking its help in containing North Korea or reducing carbon emissions will require creative new approaches. So will dealing with a right-wing president in Brazil or a tenacious dictator in Venezuela, or negotiating further nuclear arms reductions with Russia while maintaining sanctions, or trying to placate Israel and several Gulf Arab states while reviving a deal with their archenemy Iran.

It is a restive world, requiring constant adaptation and engagement from its most powerful democracy. But the importance of vision, expertise, honesty and simple decency in the management of world affairs cannot be overstated. Mr. Trump’s “America First” approach meant, first and foremost, reducing international affairs to the same level as his real-estate wheeling-dealing: What’s in it for me? The president’s infamous phone conversation with President Volodymyr Zelensky of Ukraine, the one that got him impeached, provided an apt motto for his administration: “I would like you to do us a favor though.”

It is understandable that allies will harbor some doubts over whether Trumpism is finished for good, especially while Mr. Trump clings indecently to the hope of staying in power. But the expectation that a Biden-Harris administration will at least end the volatile and unpredictable lurches of the past four years has already elicited relief from allies who suffered Mr. Trump’s disdain. And it has caused anxiety among illiberal leaders who reveled in Mr. Trump’s camaraderie and the dimming of America’s beacon.

Simply abandoning Mr. Trump’s approach is immeasurably important for America and the world. The strength of the United States has always derived as much from the soft power of its democracy, freedoms and values as from its battleships and drones. That strength is multiplied by America’s alliances among democracies in the East and West.

There will be plenty of time to sort out why the United States fell for Mr. Trump or whether he can come back. President-elect Biden has signaled that he intends to lead America back into the international arena, and whatever their qualms or doubts, America’s friends and allies should not wait to join forces in tackling the business of the day — a global pandemic and the future of the planet, to name just two items on the agenda.

Republicans Tighten Hold on Senate, but Control Could Be Decided in Runoffs