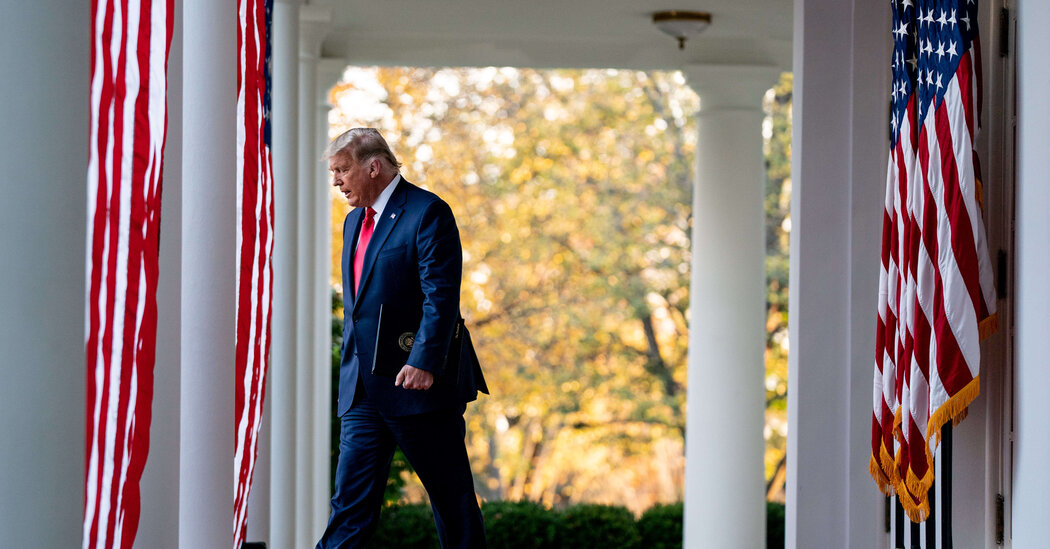 Donald Trump lost the election. He knows it. But he won’t admit it.

He still hopes and believes that there is a way for the courts to erase enough votes to tip the election in his favor. This will not happen.

His legal challenges in swing states across the country are largely being met with defeat and setback. In court, you have to provide evidence. Lies, accusations and conspiracy theory don’t cut it. Trump has spent his life gaming the system. It is unfathomable to him that this system can’t be gamed.

In the end, Trump hopes to push his case to the Supreme Court, where he has seated three conservative justices. That is also not likely to be a winning strategy.

Trump believes he can use the judiciary as a weapon against the American people. The judiciary is not likely to allow itself to be used.

Barring that, he is committed to destroying faith in the electoral process itself. If he didn’t win, he insists he must have been cheated because, in his mind, failure is not a possibility.

Like he has done for the entirety of his presidency, he is lying, concocting a narrative detached from reality.

His Twitter feed since the election — he has made precious few appearances or official statements during this time — has been an unprecedented attack on election integrity and the voting franchise as a whole.

He keeps complaining that the election was rigged, that it was stolen from him, that computer software switched millions of votes from him to Joe Biden.

On Sunday, in reference to Biden, he tweeted: “He only won in the eyes of the FAKE NEWS MEDIA. I concede NOTHING! We have a long way to go. This was a RIGGED ELECTION!”

But Trump has gone further, appearing to attack the voters who cast their ballots for Biden. He retweeted a post by a Richmond, Va. television station that read: “Virginia Wesleyan University business professor and dean Paul Ewell wrote that anyone who chose Biden for president is ‘ignorant, anti-American and anti-Christian.’ ” To that tweet, Trump appended, “Progress!”

Donald Trump will no longer be president on Jan. 20. That is a hard fact, an unmovable date. Biden will be sworn in and will become the president.

But the problem here is bigger than Trump. Republicans in Congress are indulging Trump’s delusion, which has the effect of granting his derangement credence in the eyes of his loyal followers.

Trump became president in part because the Russians interfered with our election to help him in 2016. That was a fact. Trump repeatedly called the investigation into that interference a hoax. Election officials have deemed this election “the most secure in American history.” That is a fact. Trump keeps claiming it was wracked with corruption.

Trump is depressingly predictable: constantly lying and denying, constructing a world in which he is the winner and hero.

We know why Trump does what he does. He is depraved. Republicans in Congress, by going along with this nonsense, are proving once again that they are so cowardly and craven that they will join Trump in his depravity.

They underscore that the Republican Party is a thing that now exists in name only. This is Trump’s party, bought and paid for.

In other years, the rising stars of the party would emerge in this period offering a post-loss vision for an alteration that would ensure victory the next time out. Not this year. They are all too afraid to tell the loser that he lost.

And, if Trump declares soon that he will run again in 2024, as some have speculated, it will further cow other 2024 contenders. Any suggestion that they would run would put them immediately in a fight with the man who just received a record number of Republican votes.

After Republicans lost in 2012, they produced an autopsy report designed to grow the party. With Trump, they threw that out and doubled down on being the party of white grievance. This year’s election and Trump’s reaction to it is not likely to produce an autopsy but induce a séance.

The Republican Party is dead. Trump killed it. MAGA is dancing on the grave. The way to remember that party is in spirit.

Brooks Brothers to be acquired for $325 million.