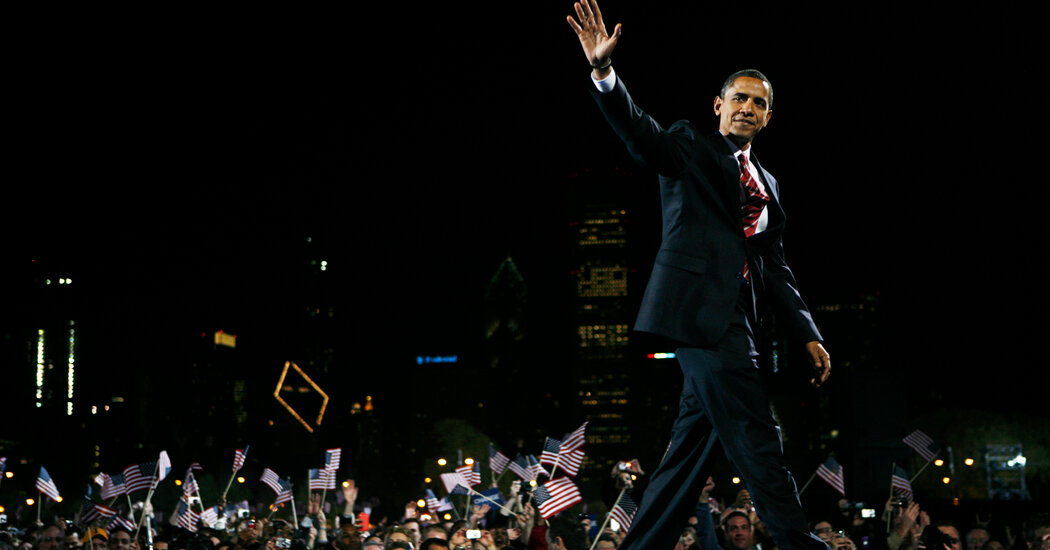 For The New York Times’s Books desk, this is one of the busiest weeks of the year. The team will be covering reaction to the release on Tuesday of former President Barack Obama’s highly anticipated memoir, “A Promised Land.” On Wednesday, winners of the National Book Awards will be announced, followed by Thursday’s release of recipients of the Booker Prize, one of the most prestigious literary awards in the world. The editors of The New York Times Book Review will cap the week by naming the “100 Notable Books of 2020” on Friday, followed by the big reveal of the “10 Best Books of 2020” in a live virtual event on Nov. 23.

We talked to Pamela Paul, the editor of The Book Review, and Andrew LaVallee, a deputy editor on the Books desk, about how they’ve been preparing for the big week, the impact of the pandemic on the publishing world and what titles they’re keeping on their own night stands.

This week is your Super Bowl, but it’s even more intense this year. Why?

PAMELA PAUL Then The Book Review will unveil our lists. It’s a lot.

How long have you been working on compiling those lists?

PAUL Both the 100 Notable Books and the 10 Best Books are yearlong processes. Book Review editors start meeting as a team in January, and then by August we’re having hour-and-a-half-long meetings every few weeks to pare back the contenders. Then we make the final choice with a ballot vote that often goes to a runoff, which it did this year.

How many of the 100 Notable Books do you actually read?

PAUL We don’t like to read [laughs]. Our preview editors make assignments and then everyone represents the books they worked on. But we have a desk full of readers, so others also weigh in. We can’t all read every contender, but we can listen to the opinions and arguments of our colleagues and make our decisions based on how persuasive they are.

Because of the pandemic, editors are no longer reading physical copies of books. Has it been a big change reading everything digitally?

LAVALLEE Some of us on the desk are used to it, but, for others, it was a massive change. There were people who didn’t own an e-reader or a tablet.

PAUL It’s hard to get heated in a Zoom meeting. Everyone has to take turns, because you can’t talk over one another like you could in a live space without creating a lot of confusion. No one is stomping off.

Is the field less competitive this year?

PAUL Relative to the rest of the cultural world, books are doing quite well, actually. Unlike film, theater and TV, the book world didn’t get interrupted midstream. A lot of books had their publication dates delayed, but most came out this year as planned, just a little bit later.

Are there any clear favorites?

PAUL There hasn’t been a lot of crossover between the shortlists and longlists that have come out from other institutions thus far. There’s only been one book that was on both the Booker Prize list and the National Book Award finalist list, which is Douglas Stuart’s “Shuggie Bain.” It doesn’t feel like there’s a coalescing around one particular title.

How influential is The Times’s list in the industry?

PAUL We’re constantly asked to release the list early. In the past, publishers have run out of books we’ve included. When we announced our 10 best titles, a lot of books went out of print because they couldn’t keep up with the subsequent demand.

How are things in the publishing world in general this year?

LAVALLEE It’s been insane. We’re covering both the business and the cultural dimensions of the publishing world, which has been grappling with not only the pandemic, but greater interest and intensity around diversity and issues of racial and social justice.

PAUL This political cycle has also been incredibly intense with books, going back to the “Fire and Fury” book by Michael Wolff in 2018. There’s just been book after book embargoed out of Washington. This year alone we had books by John Bolton, Bob Woodward and Mary Trump.

What titles are on your night stands right now?

LAVALLEE I have the new autobiographical story collection from Scholastique Mukasonga, which is set during the Rwandan genocide; “Breasts and Eggs” by Mieko Kawakami; and “Just Like You,” by the British novelist Nick Hornby.

PAUL I’m reading two nonwork books intermittently and slowly: Emmanuel Carrère’s “Yoga” — it’s not out here yet, so I’m reading it in French, which means maybe a paragraph a day — and a book of Henry James’s ghost stories, which is my leftover Halloween reading.

The Democrats Who Rose to the Moment

Ideas for Lifting Your Mood This Weekend

The Celtics Have a Bright Future — and a Low Ceiling?