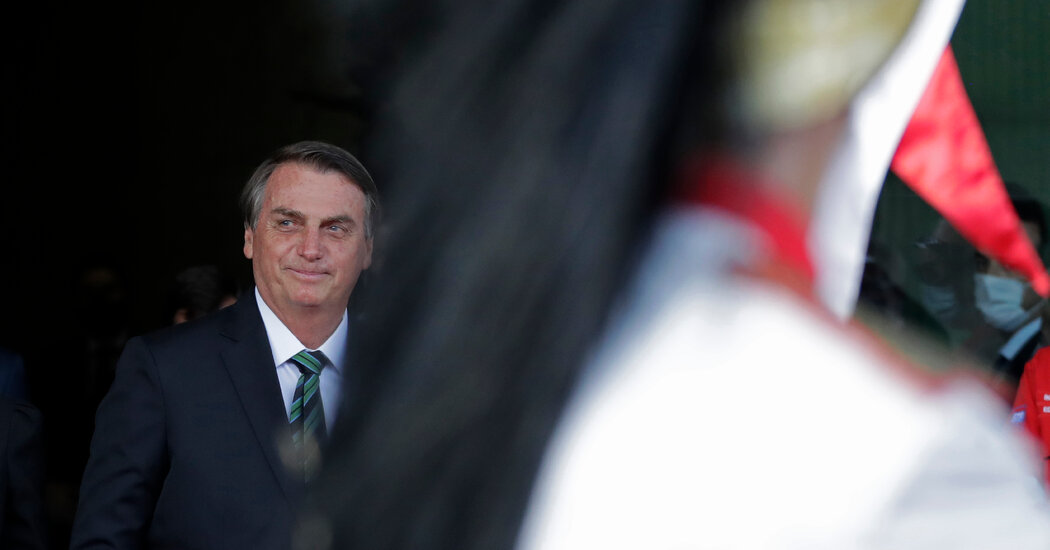 President Jair Bolsonaro seemed to be on a political suicide mission during the early weeks of the coronavirus crisis in Brazil.

As the daily death toll turned Brazil into one of the epicenters of the pandemic, he openly dismissed the loss of life as inevitable and lashed out against social distancing. A judge ordered the president to wear a mask, a measure Mr. Bolsonaro was reluctant to follow, claiming that his “athletic background” would guarantee a prompt recovery.

With the economy in a tailspin, the far-right president picked fights with Congress, powerful governors and even some of his most popular ministers.

His cavalier conduct generated talk of impeachment, of an institutional breakdown and even of an eventual prosecution at The Hague.

Now, with Brazil’s caseload and death toll down significantly since peaking in July, Mr. Bolsonaro’s popularity is starting to rise. Yet the easing of the pandemic came largely because Brazilians did not follow his lead.

Mr. Bolsonaro’s strengthened standing among the electorate stands in contrast to other leaders in the region who heeded the scientific consensus about lockdowns, social distancing and masks, and have seen their popularity decline.

Feeling emboldened, Mr. Bolsonaro chided the news media last week for continuing to focus on the pandemic, which has killed more than 163,000 people in Brazil.

Far from facing impeachment, Mr. Bolsonaro — who has always been a deeply polarizing figure in Brazil — now has his highest approval rates since taking office in January 2019. While roughly a third of Brazil’s electorate sided with him back in May, that figure rose to 40 percent in September.

Mr. Bolsonaro’s rising political fortunes came as Brazilians adhered to mask-wearing guidelines and quarantine measures — despite his open hostility to them — that eased the severity of the virus. Warmer weather, which allowed people to spend less time indoors, further reduced the contagion.

The effects of business shutdowns and quarantines were softened by a generous cash assistance program Congress had passed. Mr. Bolsonaro also has claimed credit for that outcome, even though he had initially favored significantly smaller handouts.

‘Never Think That You’re Not Supposed to Be There’

Postpone the 2020 Election? Only With Great Difficulty. Here’s Why.

Jona Frank: Between Reality and Fantasy