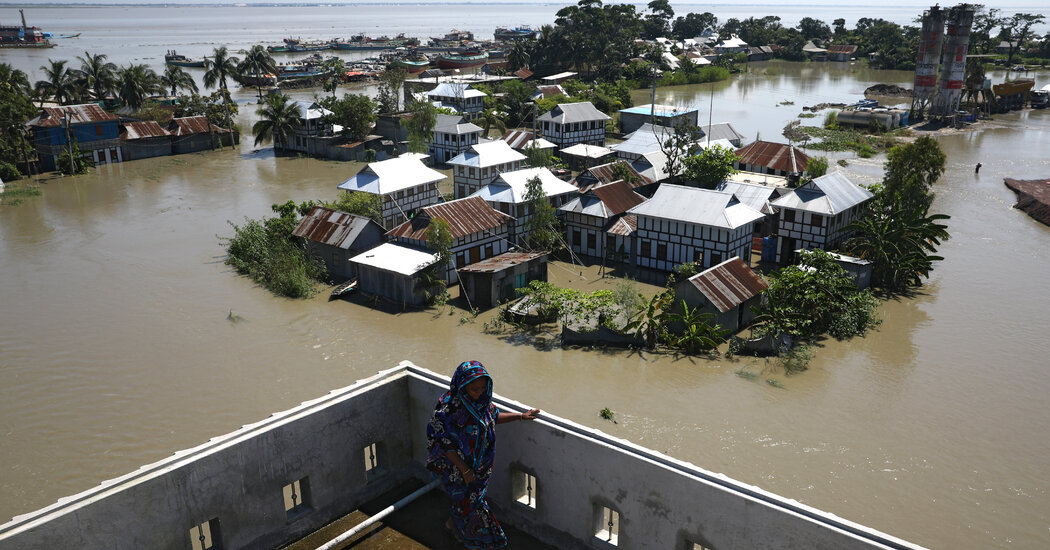 Drawing lessons from the sweeping global response to the coronavirus pandemic, the Red Cross said on Tuesday that the world’s governments should show the same commitment in their efforts to deal with the impacts of climate change.

“Covid-19 has demonstrated that humanity has the capacity to recognize and respond to a global crisis, finding resources where none seemed available,” the International Federation of Red Cross and Red Crescent Societies said in its annual World Disasters Report.

The climate change threat has not abated during the pandemic. In fact, in many ways it has compounded the difficulties of people struggling to recover from natural disasters. The pandemic has diverted resources from disaster response, while lockdowns, social distancing and other measures to contain the spread of the virus have slowed evacuations and impeded relief efforts, the report said.

“Climate change is not waiting for Covid-19 to be brought under control,” it said. “Many people are being directly affected by the pandemic and climate-driven disasters all at once.”

The pandemic presents an opportunity to “look directly into the face of the climate crisis” and seriously prepare. Describing the shortfall in climate funding as “almost trivial” compared with the multibillion-dollar stimulus packages that have been crafted in response to the virus, the report urged governments to craft pandemic relief packages that include investment in helping communities adapt to climate change.

According to the report, in the first six months of the pandemic there were more than 100 floods, heat waves and other natural disasters — most of them attributable to extreme weather or climate change — that affected more than 50 million people. They include flooding in Kenya, Somalia, India and Bangladesh.

More recently, a series of cyclones has affected millions of people in the Philippines, which has one of the worst coronavirus outbreaks in Southeast Asia.

In the Western Hemisphere, the pandemic has complicated evacuation efforts during the most active Atlantic storm season on record, with 30 named storms, 13 of which were hurricanes.

Though scientists are not sure whether climate change is increasing the number of hurricanes, they say it is making them stronger. The latest, Hurricane Iota, made landfall in Nicaragua on Monday night as a Category 4 storm, less than two weeks after Hurricane Eta hit almost the same spot.

Louis DeJoy, the postmaster general, will testify before the Senate on Friday about service...