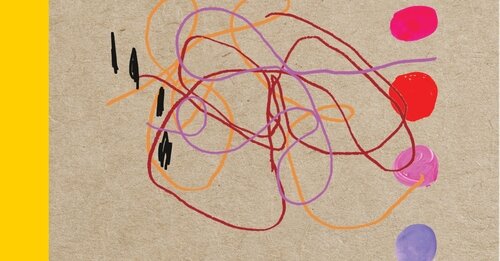 David Byrne is still most famous as a musician, but his multihyphenate talents are on display in his latest book, “American Utopia,” which is a collaboration with the artist Maira Kalman, an adaptation of his Broadway show of the same name, itself adapted from a music tour. On this week’s podcast, he talks about, among other subjects, why and when he chooses to write prose instead of songs.

“The appeal comes from trying to be honest about the medium that you’re using to convey something, or trying to use the best medium to convey whatever it is you’re trying to communicate,” Byrne says. “In some cases, that might be an essay; the idea you want to convey — whether it’s about politics or policy — might be best conveyed in an essay, and you might think, ‘That’s not something that you can write a song about.’ You could try, and people have done such things, but it generally does not succeed. But there’s things that a song can do that other mediums can’t do.”

Brittany K. Barnett visits the podcast to discuss her new book, “A Knock at Midnight: A Story of Hope, Justice, and Freedom.” In a mix of memoir and reportage, Barnett, a lawyer and a criminal justice reform advocate, writes about her efforts to help get clemency for Sharanda Jones, a Texas woman who had been sentenced to life in prison in 1999, convicted of participating in a drug conspiracy.

“I just started getting so frustrated, because every avenue I tried through the court, we were blocked,” Barnett says. “And I began to feel like, as lawyers, we are forced to work within the bounds of laws that are just outside the bounds of moral consciousness. There was absolutely no way for Sharanda Jones to receive relief from her life sentence through the court. And so from there, I came across what would be Sharanda Jones’s only hope for freedom, and that was executive clemency from the president, and so we began the journey of trying to plead to President Barack Obama.”

Also on this week’s episode, Alexandra Alter has news from the publishing world; and Parul Sehgal and Jennifer Szalai talk about books they’ve recently reviewed. Pamela Paul is the host.

Here are the books discussed by The Times’s critics this week:

For French Open Contenders, Serving Is Mental. So Stop Thinking So Much.