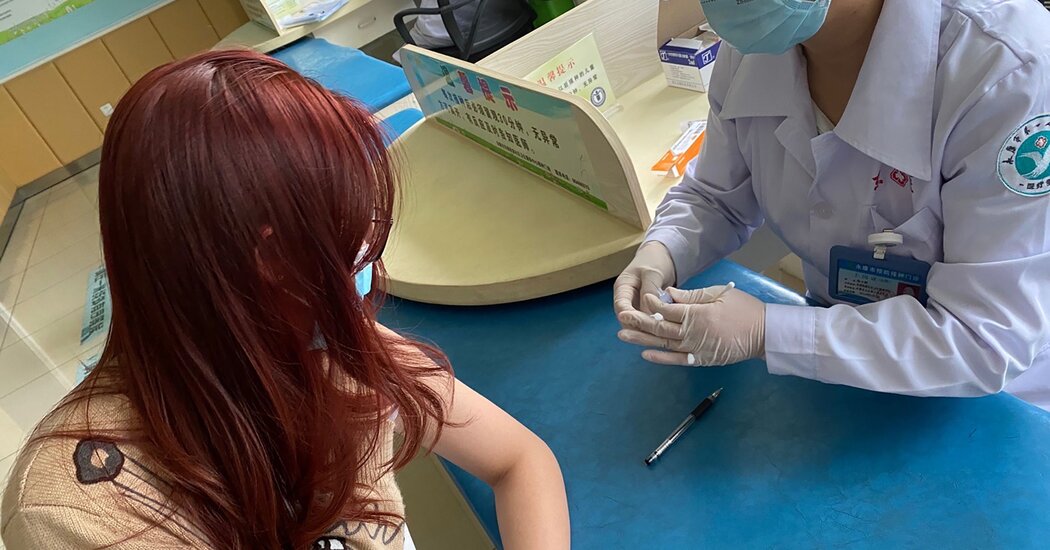 China has made its unproven vaccine candidates widely available to demonstrate their safety and effectiveness to a country that has long been skeptical of vaccines after a spate of quality scandals.

The campaign has succeeded perhaps too well. In the city of Yiwu, 500 doses were consumed within hours. Other cities are limiting doses or asking people to show proof that they are traveling. The overwhelming demand has inspired a cottage industry of scalpers charging as much as $1,500 for an appointment.

Users could be taking big risks. People who have taken ineffective vaccines may believe they are safe and engage in risky behavior. They can be barred from taking another, better vaccine because they have already been injected. In a few cases, unproven vaccines have caused health risks.

The potential problems often go undiscussed. Copies of the vaccination consent forms for one candidate that were reviewed by The New York Times did not specify that the product was still in testing.

It is unclear how many people have received a vaccine candidate. China has made three of its four candidates in Phase 3 trials available to tens of thousands of employees at state-owned businesses, government officials and company executives since July.

Local governments have indicated that they plan to make the current vaccines available to more people. Beijing says it is keeping tabs on those who have been given the vaccines but has not disclosed any details.

The contrast with the United States is stark. A growing number of polls have shown that many Americans would not take a coronavirus vaccine. According to a global survey in the journal Nature, respondents from China gave the highest proportion of positive responses when asked if they would take a “proven, safe and effective vaccine.”