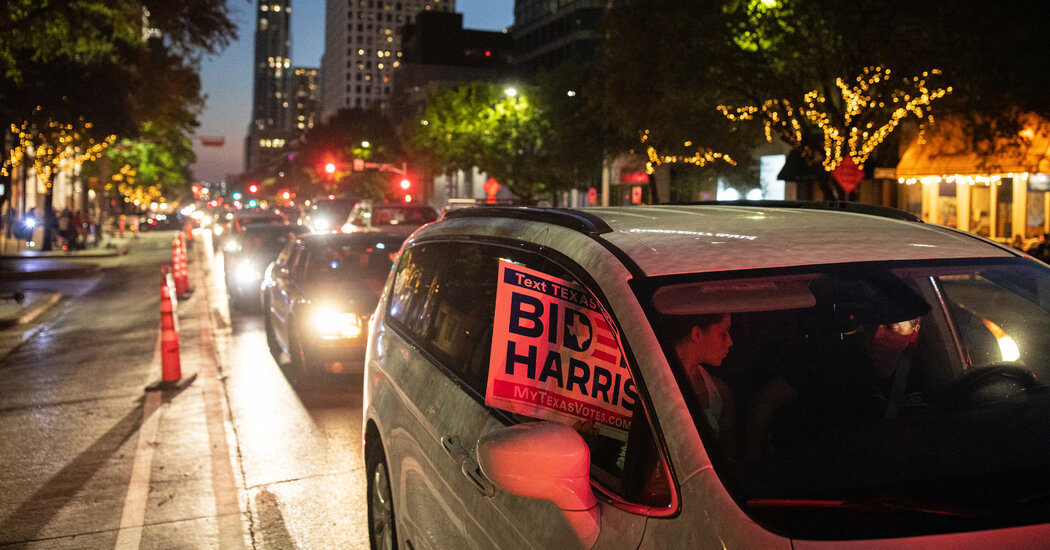 In recent days, conservative websites have reported that a high-level staff member in Texas for the election campaign of President-elect Joseph R. Biden Jr. was arrested on charges of voter fraud for his role in supposedly helping to orchestrate a ballot harvesting scheme.

The news seemed to acquire additional credibility when supporters of President Trump began circulating a photo purporting to show the staff member, Dallas Jones, in handcuffs being escorted by police officers.

But Mr. Jones, a political consultant based in Houston who serves as the Texas state political director for the Biden campaign, called the rumors “lies.”

“I was not arrested,” he said Tuesday in a phone interview. “These are categorically made-up allegations. They are baseless.”

There have also been no voter fraud criminal cases filed against Mr. Jones, according to court records in Harris County, Texas, where Houston is located.

An official with the Biden campaign also denied additional reports that Mr. Jones had been fired from his campaign job, calling the claims surrounding Mr. Jones “laughably false.”

As for the photo, it was from June 2019 and shows the actor Cuba Gooding Jr. after he surrendered to police in New York and was charged with sexual abuse and forcible touching after a woman accused him of groping her at a rooftop bar.

The rumors surrounding Mr. Jones stem from a court case initiated by Republicans in September that sought to block the extension of time for mail-in and early voting in Harris County. The Texas Supreme Court rejected the Republican request in October.

The court filings included accusations of an illegal “ballot harvesting operation” in Harris County, where volunteers and other workers were gathering absentee and mail-in ballots and delivering them to ballot collection sites. Citing inquiries conducted by private investigators, the filings claimed that the “harvesters” were taking the ballots of homeless people and nursing home residents, forging signatures and picking candidates of their own choosing.

According to the court filings, the investigators accused Mr. Jones, among others, of helping to coordinate the operation.

In a response filed in the case, Chris Hollins, the Harris County clerk, called the claims “wild” and “baseless.”

“These accusations are backed by no evidence whatsoever and are of dubious provenance, coming from private investigators who do not disclose either their clients or sources,” he wrote.

PM Narendra Modi expresses grief at loss of lives due to landslide in Kerala`s...

The Second Defeat of Bernie Sanders