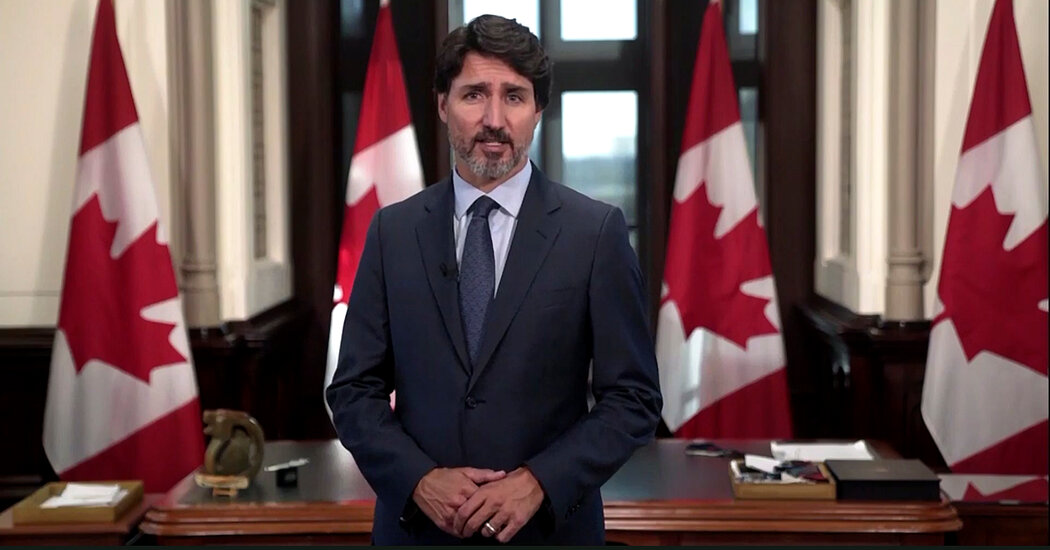 A baseless conspiracy theory about the coronavirus has found new life as cases surge once again.

On Monday morning, the phrase “The Great Reset” trended with nearly 80,000 tweets, with most of the posts coming from familiar far-right internet personalities. The conspiracy alleges that a cabal of elites has long planned for the pandemic so that they could use it to impose their global economic control on the masses. In some versions of the unfounded rumor, it is only President Trump who is thwarting this plan and keeping the scheme at bay.

I see “The Great Reset” conspiracy about Covid-19 is trending again.

Always love it when the same crowd who tell us politicians are incredibly incompetent and useless simultaneously believe they all came togther to brilliantly execute a global masterplan.

The narrative first took root in late May, when Prince Charles and Klaus Schwab, the executive chairman of the World Economic Forum, announced plans to convene world leaders and discuss climate change and how to rebuild an economy damaged by the pandemic. The meeting was branded as a “Great Reset,” and the false rumors about the tight-knit group of elites manipulating the global economy took off.

Then, over the weekend and into Monday morning, a video of Prime Minister Justin Trudeau of Canada speaking from a United Nations meeting in September gained millions of views online. In the video, Mr. Trudeau referred to a “great reset” and also happened to utter the words “build back better,” which conspiracists saw as a tie-in to President-elect Joseph R. Biden Jr. — who had used the phrase as a campaign slogan.

Soon, far-right internet commentators with records of spreading misinformation posted about the conspiracy, collecting tens of thousands of likes and shares on Facebook and Twitter. The posters included Paul Joseph Watson, a former contributor to Infowars, and Steven Crowder, who has falsely asserted that coronavirus death tolls are inflated.

Joan Donovan, the research director at Harvard University’s Shorenstein Center, said it is “maddening” to see the same networks of influencers traffic in recycled conspiracies and get in the way of delivering accurate information to the public. “What is true is that Covid is on the rise in the U.S. because of poor leadership and the lack of a nationally coordinated response,” Ms. Donovan said.

Twitter said the tweets about the conspiracy did not violate its rules, and that “The Great Reset” was no longer trending.

Panic! at the Disco’s Flourishes Weren’t Just Dramatic. They Were Theater.

Booker Prize Is Rescheduled to Make Way for Obama’s Memoir