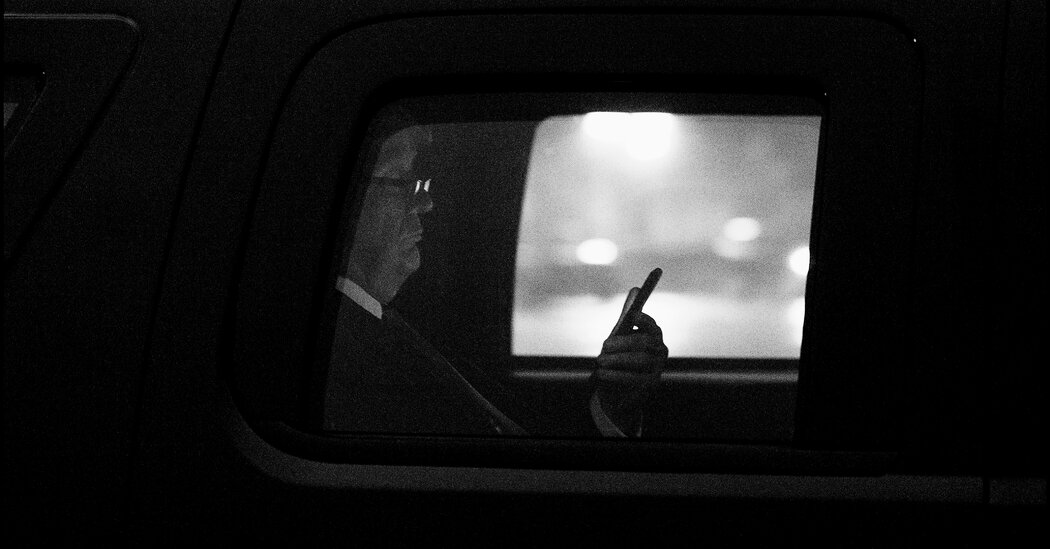 It’s going to disappear. One day, like a miracle, it will disappear.

Not Covid-19, despite some promising news of late on vaccine development. I am talking about Donald Trump on Twitter.

It was President Trump, of course, who made that specious claim in February about the pandemic, declaring it will go away — just like that. It was one of so many lies he has told, culminating this week in a flurry of ALL-CAPS tweet lunacy about the election results.

In a late-night frenzy on Sunday, he typed, along with other lies, “I WON THE ELECTION.” It was quickly labeled by Twitter — as have many of Mr. Trump’s digital expressions of late — as inaccurate.

Watching Mr. Trump’s Twitter odyssey has been disturbing and unsettling. But I am here to tell you that the president’s tenure as troll in chief is at an ignominious end. Mr. Trump’s magic social media wand will soon be powerless.

However loathsome it has been to some, the president once had a genuine digital narrative. But he is badly misreading the room by lapsing into indignant rage.

There are many people who would say I’m wrong. They think that Mr. Trump’s reign of tweet terror will go on indefinitely, assuming that he will be able to rouse his base with a tap of his thumb for years to come.

It’s true that Mr. Trump has been perhaps Twitter’s most adept user ever. He has a preternatural ability to convey what he thinks without saying it directly through retweets of toxic memes, cruel nicknames and big-mouthed compliments of himself and his accomplishments.

For example, a classic Trump dog-whistle tweet from September: “Biden REFUSED to use the term, LAW & ORDER! There go the Suburbs.”

Most of his tweeting has been horrid, some of it funny, and it was always, in its own malevolent way, riveting.

But the mistake that Mr. Trump has stumbled into lately — in full force this week — has been to be direct. Instead of the obnoxious feints and ugly insinuations that have worked so well for him on Twitter, driving his detractors nuts, he has been abandoning the implicit for the explicit, thus making statements that are demonstrably untrue.

In the past, he could slip out of some of his tweets by pretending he was joking. Less so, now. When he tweets lies like “RIGGED ELECTION. WE WILL WIN!”, as he did on Sunday, they are verifiably false.

He’s showing not only that the emperor has no clothes, but that he looks pretty bad naked.

The added problem for him is that many Twitter users, even some honest ones, are also labeled by Twitter with warning lines like “This claim about election fraud is disputed” and “Official sources called this election differently.”

For years, Mr. Trump has gotten a pass on his skein of lies and petty aggressions — but now his tweets are labeled over and over. Some consider the labels ineffectual, yet they are having a cumulative effect, revealing that his spewing has been a big bunch of nonsense.

The question remains whether the effect of labeling Mr. Trump’s tweets will filter down to his most vehement followers, who lap up whatever he is peddling with gusto.

One clue to what is coming for Mr. Trump is the sudden silence of QAnon. The landslide victory Mr. Trump had promised did not materialize, and QAnon’s vaunted claim that the Deep State was on the ropes now seems shaky.

“Q’s sudden disappearance has been jarring for QAnon believers, who have come to depend on the account’s posts, or ‘drops,’ for updates and reassurance,” wrote my Times colleague Kevin Roose. And what’s worse for the Trump believers, all things QAnon have been banned from Facebook, YouTube and Twitter.

Which is why it is not a stretch to imagine Trump acolytes will get weary of the president’s antics when they are no longer as much fun. And they will tire of them, too, because everyone eventually tires of online acts. Mr. Trump resembles a hot app or viral video or popular video game or cool start-up that can suddenly go ice-cold.

So, too, will Mr. Trump disappear. Like those once-hot, then-not phenoms, he will continue to rage to an ever emptier room until his rants meld into the louder noise. And then, a beastly new rough voice, its hour come round at last, will slouch toward Washington to be born.

This is our new political reality. And it is scary that Mr. Trump has been trying to take democracy down with him as he attempts to sell his latest scheme. But it is also clear that he is much less able to weave a digital fantasy to ensnare his audience when the factual world is intruding more strongly.

With Fans Barred From the U.S. Open, One Gets as Close as He Can