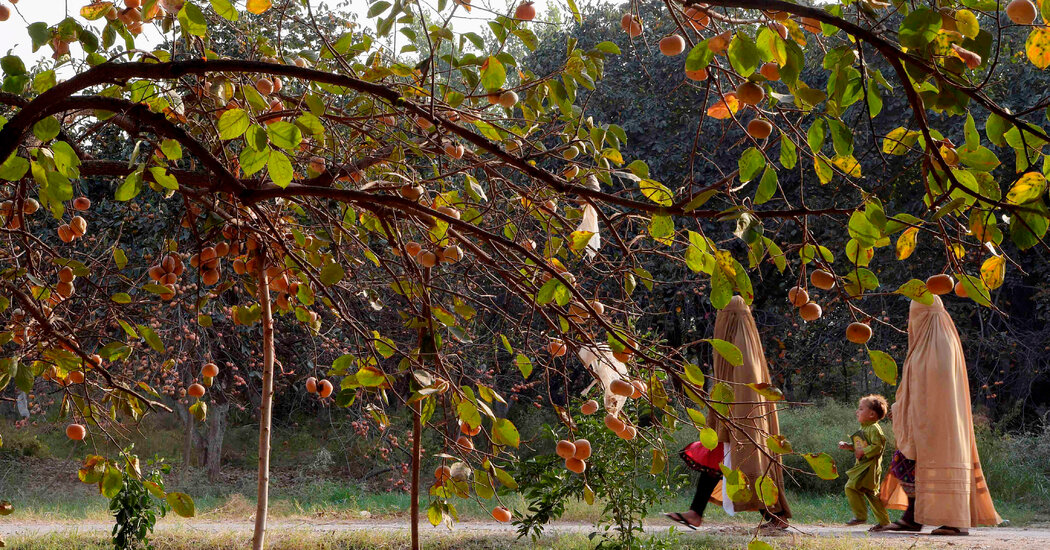 ISLAMABAD, Pakistan — I am angry. All the time. I’ve been angry for years. Ever since I began to grasp the staggering extent of violence — emotional, mental and physical — against women in Pakistan. Women here, all 100 million of us, exist in collective fury.

“Every day, I am reminded of a reason I shouldn’t exist,” my 19-year-old friend recently told me in a cafe in Islamabad. When she gets into an Uber, she sits right behind the driver so that he can’t reach back and grab her. We agreed that we would jump out of a moving car if that ever happened. We debated whether pepper spray was better than a knife.

When I step outside, I step into a country of men who stare. I could be making the short walk from my car to the bookstore or walking through the aisles at the supermarket. I could be wrapped in a shawl or behind two layers of face mask. But I will be followed by searing eyes, X-raying me. Because here, it is culturally acceptable for men to gape at women unblinkingly, as if we are all in a staring contest that nobody told half the population about, a contest hinged on a subtle form of psychological violence.

“Wolves,” my friend, Maryam, called them, as she recounted the time a man grazed her shoulder as he sped by on a motorbike. “From now on, I am going to stare back, make them uncomfortable.” Maryam runs a company that takes tourists to the mountainous north. “People are shocked to see a woman leading tours on her own,” she told me.

We exchanged hiking stories. We had never encountered a solo female hiker up north. When I hike solo, men, apart from their usual leering, offer unsolicited advice, ask patronizing questions and, on occasion, follow in silence. I pretend to receive a call from my imaginary husband who happens to be nearby and wants to know exactly where I am. Even in the wilderness, you can’t escape.

Years ago, a friend told me about the time her dad beat her up after he saw her talking to a boy outside school. It wasn’t the first time. Until she left for college in the United States, she lived in constant terror of when the next wave of violence would arrive. Her mother stood by and let it happen.

Internalized patriarchy rears its head often when Aunties (an Auntie is any older woman who exists to profess her uninvited opinion) are concerned that you are not married. Aunties emphasize that motherhood is your assigned purpose on this planet. Aunties comment on your body as if you are not there.

This country fails its women from the very top of government leadership to those who live with us in our homes. In September, a woman was raped beside a major highway near Lahore, Pakistan’s second largest city. Around 1 a.m., her car ran out of fuel. She called the police and waited. Two armed men broke through the windows and assaulted her in a nearby field.

The most senior police official in Lahore remarked that the survivor was assaulted because, he assumed, she “was traveling late at night without her husband’s permission.”

An elderly woman in my apartment building in Islamabad, remarked. “Apni izzat apnay haath mein.” Your honor is in your own hands. In Pakistan, sexual assault comes with stigma, the notion that a woman by being on the receiving end of a violent crime has brought shame to herself and her family. Societal judgment is a major reason survivors don’t come forward.

Responding to the assault, Prime Minister Imran Khan proposed chemical castration of the rapists. His endorsement of archaic punishments rather than a sincere promise to undertake the difficult, lengthy and necessary work of reforming criminal and legal procedures is part of the problem. The conviction rate for sexual assault is around three percent, according to War Against Rape, a local nonprofit.

Mr. Khan’s analysis of the prevalence of gender-based violence is even more regressive. Fahashi (indecency) in society is the culprit, deflecting responsibility from the police and government. Mr. Khan blamed Bollywood for widespread incidents of rape in neighboring New Delhi, missing the point that, like Pakistan, India suffers from similar issues with policing, public safety and the judicial system.

The highway assault shook the women of Pakistan, but it did not shock us. We grew up with stories of women killed for “honor” and women raped for revenge. Women doused with acid and women burned with stoves. Pakistan ranks 164 out of 167 countries on the Women, Peace and Security Index 2019-2020, barely hovering above Yemen, Afghanistan and Syria.

In the two months since the highway assault, a police officer raped a woman in her home. A girl was murdered by her cousin and uncle for speaking to a male friend on her phone. A woman waiting for a bus after work was kidnapped and raped. A teenager committed suicide after being blackmailed by the men who raped her and videotaped the assault. A six-year-old was clubbed to death by her father for making noise. Between January and June alone, there have been 3,148 reported cases of violence against women and children. Many go unreported.

There are slices of Pakistan where a woman can bare her arms, smoke, drink, escape abroad, become a minister. But class does not protect her from the stares and the fears of assault when she ventures outside. Yet for women in the lower socio-economic strata of society, women in rural Pakistan, things are much worse. The insecurity and harassment working-class women face daily at a bus stop are experiences that are foreign to those behind the wheel of a Mercedes.

On a recent afternoon, I pulled up to a traffic stop. Twenty or so motorcycles zigzagged their way up to right under the light, as they commonly do here. The riders were men. With one exception. I only noticed her because the men around her were consuming her. It’s rare to see women driving bikes in Pakistan — probably because when they do, they’re on display.

Although she had her back to me, face obscured by a helmet, I imagined her staring resolutely ahead, pushing through the discomfort, the sheer creepiness, of being watched. A wave of fury passed over me. Don’t let the bastards grind you down, I tried to telepathically transmit to her, a refrain from “The Handmaid’s Tale” that frequently floats through my head when I’m back here.

Fatima Bhojani (@BhojaniF) is a writer from Islamabad, Pakistan. Her reporting on women in Pakistan has been supported by the International Women’s Media Foundation’s Howard G. Buffett Fund for Women Journalists.

Trudeau Goes Before Parliament to Face Questions on Charity Scandal

Goldman Sachs Now Has a Font