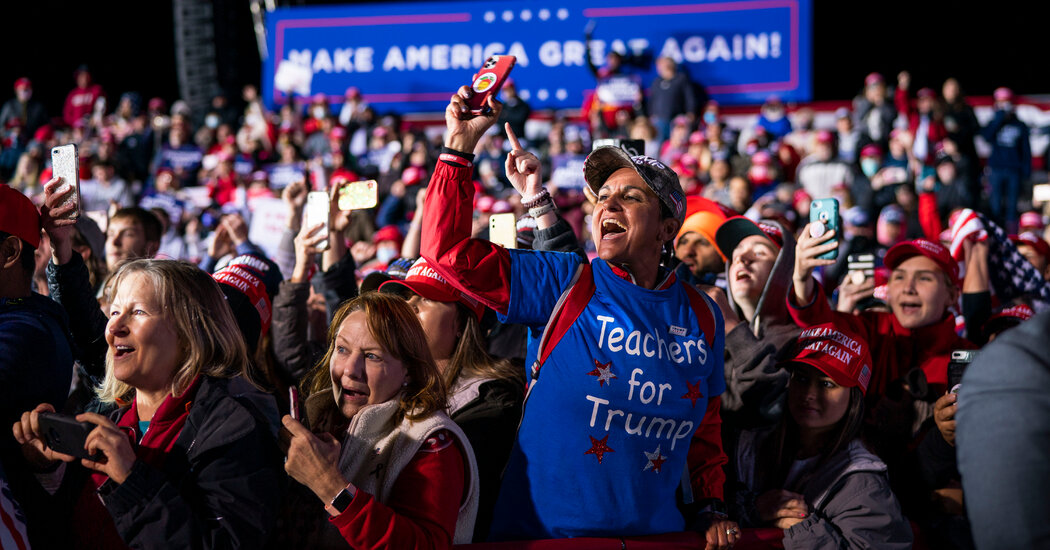 Scarred or energized by President Trump’s four years, Americans voted in record numbers in this election. A set of maps The Times published Monday night shows some of the electoral trends that led to President-elect Joseph R. Biden Jr.’s victory.

Mr. Trump, despite his defeat, drew 10.2 million more votes than he did in his 2016 triumph over Hillary Clinton, including noticeable jumps in heavily Hispanic parts of Texas and Florida.

Across the rural heartland, Mr. Trump found hundreds of additional voters in county after county, including the Appalachians and the Piedmont South, rural centers of Pennsylvania and Wisconsin and the farmlands of the Midwest.

“The president made significant inroads with critical nonwhite swaths of the electorate while also growing his share of rural white voters,” said Ken Spain, a Republican strategist. “In any other election year, this would be an incredible feat that would all but guarantee victory.”

How did Mr. Biden win, then?

There was a countervailing force. Mr. Biden’s biggest cache of additional voters came from big counties — urban and suburban — that are mostly white, where his support increased substantially from Mrs. Clinton’s in 2016. He ended up getting 13 million more votes than she did.

Mr. Trump made some inroads with Black voters. In mostly rural areas across the South that are predominantly Black, turnout was up only slightly, and there was a modest shift to Mr. Trump.

But in heavily contested Georgia, turnout in areas with a large share of Black voters was way up, and shifted to Mr. Biden, helping him capture a state Mr. Trump won in 2016 by more than five percentage points.

How Do the Police Actually Spend Their Time?

An Italian Teenager Could Become the First Millennial Saint