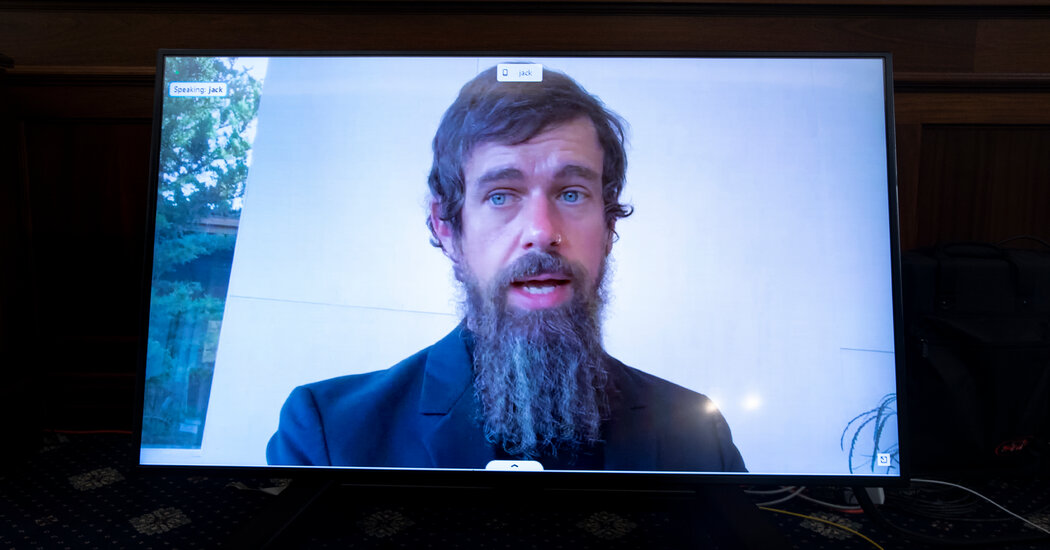 Of all the social media platforms, Twitter has lately been especially aggressive in disputing inaccurate election-related posts and hiding messages. That means Jack Dorsey, Twitter’s chief executive, may face particular fire while testifying in front of the Senate Judiciary Committee on Tuesday about social media and censorship.

President Trump and other Republican leaders have claimed for months — and increasingly vocally in recent days — that Mr. Dorsey has unfairly cracked down on them. They have threatened to roll back legal protections for Twitter and other social media platforms.

They are likely train their ire on two recent developments. One was Twitter’s decision last month to restrict users from sharing an unsubstantiated New York Post article about Joseph R. Biden Jr.’s son Hunter. Twitter limited the sharing of the article more than Facebook did, drawing cries of censorship from Republicans.

The other focus is likely to be Twitter’s handling of election-related content and, in particular, how the company has appeared to tightly moderate Mr. Trump and other conservatives. Between Election Day and Nov. 5, Twitter labeled 38 percent of Mr. Trump’s 29 tweets and retweets as disputed or misleading, according to a New York Times tally. Some of the tweets were hidden from view.

Last week, Twitter said it had labeled 300,000 tweets related to the presidential election as disputed, or 0.2 percent of the total on the subject. It also said the number of people quote-tweeting messages had dropped 29 percent in the wake of its efforts to discourage the sharing of misinformation.

“We want to be very clear that we do not see our job in this space as done,” Mr. Dorsey said in prepared testimony for the hearing. “Our work here continues, and our teams are learning and improving how we address these challenges and earn the trust of the people who use Twitter. I look forward to continuing to work with you on solutions and building the guideposts for the future internet.”

This will be Mr. Dorsey’s fourth appearance in front of lawmakers in recent years. Last month, he testified before the Senate Committee on Commerce, Science and Transportation along with Google’s chief executive, Sundar Pichai, and Facebook’s chief executive, Mark Zuckerberg.

Mr. Dorsey was asked the most questions at that hearing, with Senator Ted Cruz of Texas and other Republican leaders grilling him over his decision to limit sharing of the New York Post article. Twitter later reversed its decision, allowing people to post links to the article.