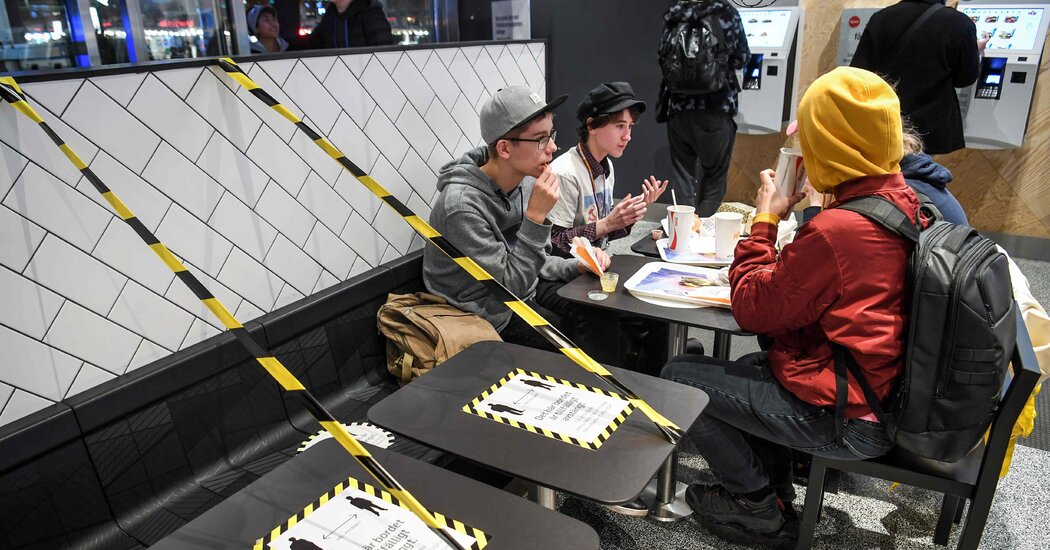 In the spring, as European governments imposed draconian lockdown orders that turned capitals into ghost towns and forced people to largely confine themselves to their homes, Sweden opted for a lighter touch.

The “Sweden model,” as it came to be known, has been the subject of fascination and study even as the effectiveness of the approach is still hotly debated.

But on Tuesday, in a few short words posted on social media, King Carl XVI Gustaf captured the dramatically different mood as a resurgent virus sweeps across Europe.

“Hold on tight,” he said in a statement posted on Instagram. “Hold on!”

This week, the government announced the strictest limitations on the country since the coronavirus first appeared and warned that there will be darker days ahead.

“It is a clear and sharp signal to every person in our country as to what applies in the future,” Prime Minister Stefan Lofven said during a news conference on Monday. “Don’t go to the gym, don’t go the library, don’t have dinner out, don’t have parties — cancel!”

With governments around Europe struggling to avoid sweeping national lockdown orders this time around — but moving step by step in that direction as new restrictions are put in place — Sweden is no longer the outlier.

After earlier adopting a ban on serving alcohol after 10 p.m. and advising against the use of public transportation, Mr. Lofven announced a ban on public gatherings of more than eight people starting next week.

While Sweden’s number of Covid-19 deaths still pales in comparison to those of some European countries like Italy or Spain, it is more than 10 times higher than in Finland or Norway. Over the past five days, Sweden has recorded more than 15,000 new infections and Mr. Lofven warned that “it will get worse.”

Still, despite introducing tighter virus control measures, the Swedish leader said that a national lockdown was still not on the table.

“We don’t believe in a total lockdown,” he said.

CBSE Board, NEET, JEE 2021 exam dates: What will Centre say on December 10; check out all details here

Biden says those who don’t take virus precautions seriously are ‘responsible for what happens...