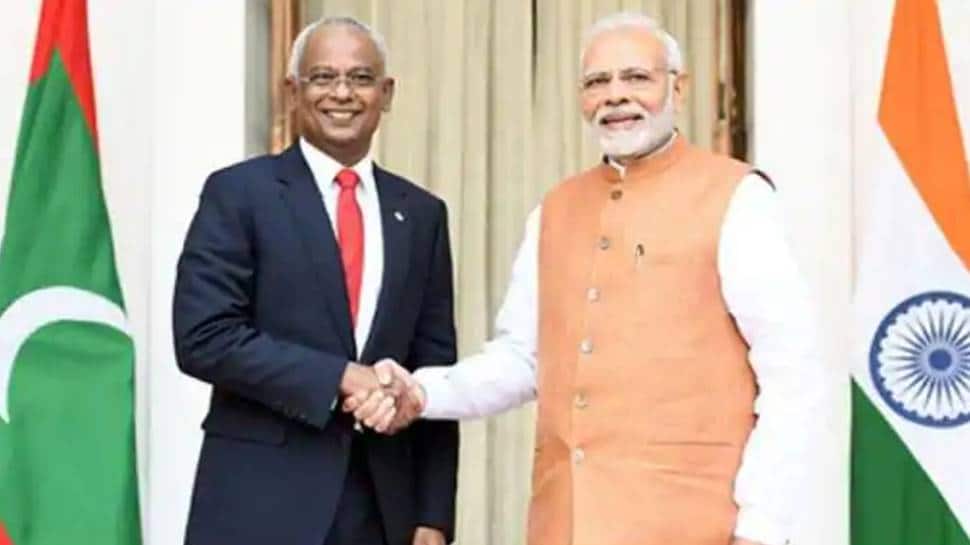 New Delhi: China’s economic foray in South Asia are increasing, from Nepal to Pakistan and if the past is to go by, a trail of debt is sure to be expected from it.

The Maldives, under former President of Maldives Abdulla Yameen, saw an increased role of Chinese companies, something that is beggining to show its impact.

Between 2012 and 2018, Chinese entities signed contracts between $2 to $3 billion, some at exorbitant repayment interest rates. This when compared to the size of the economy of the country, is not such a rosy picture, saddling it with huge debt. The true figures of Maldives debt to China are still not known, such is the magnitude of the crisis.

The sovereignty of islands such as Feydhoo Finolhu in Kaafu Atoll, Fahala in Thaa Atoll and the alarming plan to set up Joint Ocean Meteorological Observation Stations on strategically located islands across Maldives, would have been in exchange for the debt-relief. Add to this, the rushed Maldives China Free trade agreement in 2017.

But that chapter is now closed with the new government under President Solih. The first thing New Delhi did was announce of $1 billion in 2018 during the Maldives President’s India visit. And since then the every possible support has been extended, from grant to currency swap to line of credit. In fact, during the COVID-19 crisis, India had reached out to Male with medical and food aid.

The key area of focus has been on increasing people-to-people ties, especially with the Malè-Kochi ferry service that will also generate employment in the northern port of Kulhudhuffushi. The project was announced during PM Modi’s first foreign visit abroad in his 2nd term last year and came into being earlier this year.

Other than that, projects include water and sewerage systems on 34 islands, Expansion of Hanimaadhoo airport, high-impact community development projects across the Maldives, gifting a Dornier aircraft for ferrying patients from remote Islands, cricket stadium and the list is endless.

And from the community to megaproject, the Indian govt will fund the construction of the Greater Malè Connectivity Project (GMCP). The total cost is $500 million, of which $100 Million is under grant aid and was handed over by the Indian Foreign Secretary during his to the country earlier this month.

The mega project revitalizes the Maldivian economy as well, a stark comparison to the Male-Hulhule China Maldives Friendship Bridge (CMFB) built in 2018 at the cost of around $300 Million.

When the Story Line Is This Easy, You Just Know