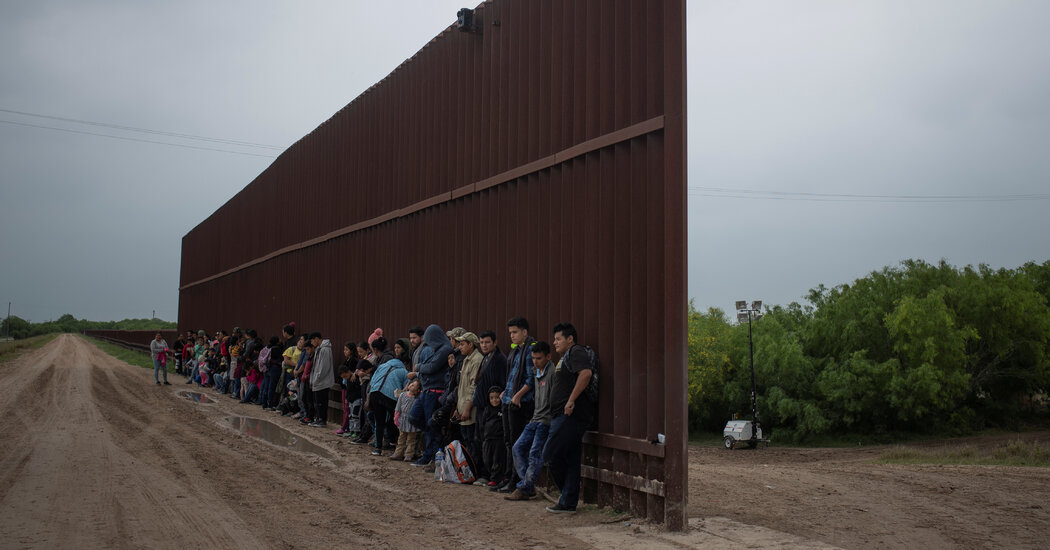 WASHINGTON — A federal judge on Wednesday blocked President Trump’s policy of turning away migrant children at the border as public health risks, ruling that the expulsion of thousands of children without due process exceeded the authority that public health emergency decrees confer.

The Trump administration has since March used an emergency decree from the Centers for Disease Control and Prevention to effectively seal the border to migrants, rapidly returning them to Mexico or Central America without allowing immigration authorities to hear their claims for asylum. Top homeland security officials have cited the potential spread of the coronavirus that could come from detaining asylum seekers in border facilities.

But Judge Emmet G. Sullivan of the United States District Court for the District of Columbia, an appointee of President Bill Clinton’s, said that while the emergency rule allows the authorities to prevent the “introduction” of foreigners into the United States, it did not give border authorities the ability turn away children who would normally be placed in shelters and provided an opportunity to have a claim for refuge heard. The order applies across the country.

Lee Gelernt, a lawyer for the American Civil Liberties Union, one of four organizations that brought the class-action lawsuit, praised the decision.

“The policy, which has already resulted in the summary expulsion of thousands of young children, was simply pretext to do what the Trump administration has wanted to do for four years: close the border to children and asylum seekers from Central America,” he said.

The ruling does not apply to single adults or families crossing the border. It is unclear if the Trump administration will appeal the order. The administration used the rule to expel nearly 200,000 migrants in the fiscal year that ended Sept. 30, according to Customs and Border Protection data. About 13,000 of those migrants were children traveling alone, the A.C.L.U. said.

Judge Sullivan’s ruling will raise the pressure on the incoming Biden administration as it considers how far to roll back Mr. Trump’s border policies. While President-elect Joseph R. Biden Jr. has said that he would halt other restrictions, like Mr. Trump’s so-called Remain in Mexico policy that has forced tens of thousands of migrants back to that country to await a court hearing, officials have said only that they would consult with public health officials on the health emergency decree.

While officials with the Department of Homeland Security have used the C.D.C.’s pandemic emergency declaration to justify the policy, the rule was pushed forward by the White House and specifically Stephen Miller, the White House immigration hard-liner who had tried to use health authorities to curtail migration even before the coronavirus emerged.

Sarah Pierce, a policy analyst at the Migration Policy Institute, a nonpartisan research group, warned that the ruling could fuel a surge of migration to the border. Some families turned away have responded to similar court decisions by seeking protection again. The Department of Homeland Security’s intelligence analysts have said that the pandemic’s toll on economies in Central America is likely to result in an uptick of migration in the coming months.

“As good as this order is for the children who are subject to it, from the perspective of the Biden administration, this creates a new challenge: How do they plan on Day 1 to handle increased flows of children at the southern border?” Ms. Pierce said. “This has really opened a can of worms for the incoming administration.”

Mr. Biden’s transition teams did not answer questions about the looming challenge.

Children who cross the border alone are supposed to be placed in shelters managed by the Department of Health and Human Services within 72 hours of being detained. They can then be placed with relatives acting as sponsors as their immigration cases are processed.

Top border officials argued that because of the pandemic, public health law had to take precedent over immigration laws.

“There are times when someone’s want and need to claim asylum is superseded by something of far greater value, and that’s lives of American citizens,” Mark Morgan, the acting commissioner of Customs and Border Protection, said last month.

Mr. Morgan argued that without the rule, the lives of Border Patrol agents and others would be put at risk from overflowing border facilities. But the immigration advocacy organizations bringing the case argued that the health emergency actually exposed agents more readily because they had to arrange for children to be taken by airplane back to their home countries. The shelters those children would normally be placed in were capable of adopting social distancing guidelines, the lawyers argued.

The court appeared to agree, finding that the Trump administration had not provided scientific evidence justifying the rapid deportations.

The administration’s rollout of the policy has been marked by a lack of transparency and questions over its legal justification. After The New York Times first reported that the administration would cite the pandemic to effectively seal the border to asylum seekers, border authorities said it would not apply to unaccompanied children.

But The Times later revealed that border authorities were applying the restrictions to such children. And despite a diplomatic agreement prohibiting the United States from expelling children from other countries to Mexico, The Times recently reported that a senior Border Patrol official told colleagues in an email that such a practice was occurring.

The practice has confused and spread anxiety among relatives of the children, who have scrambled to learn how they ended up in Mexico.

Brooks Koepka Is Here to Win Majors, Not Friends