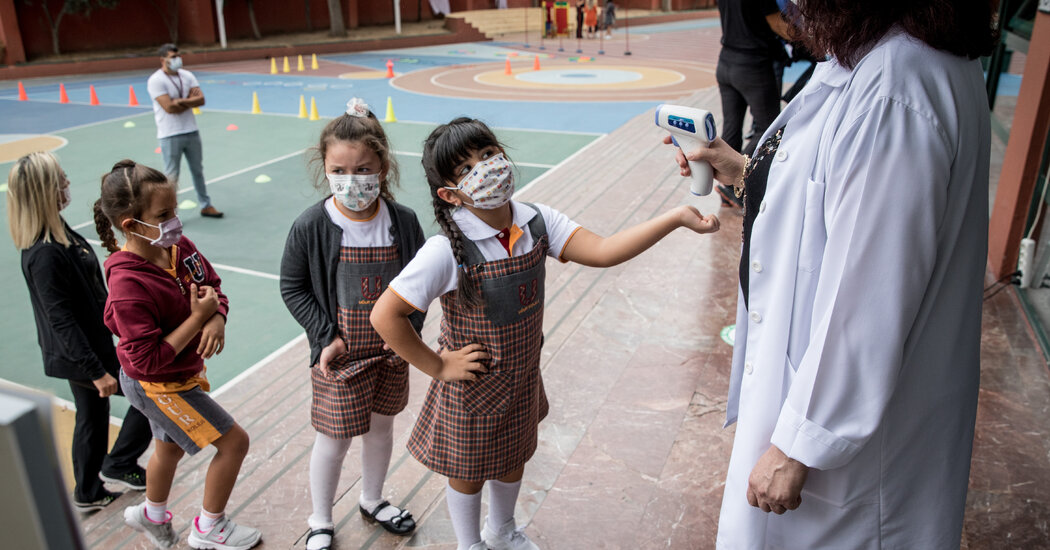 The Turkish government, facing growing public anger over its handling of the pandemic and accusations that it is hiding the true toll of the coronavirus, announced that it would close classrooms and impose new restrictions on movement on weekends as part of a raft of measures as the death toll in the country steadily rises.

Starting Friday, people will not be allowed to go out in public between 8 p.m. and 10 a.m. on weekends, according to the Interior Ministry. Schools will have to cancel in-person classes, moving fully to online learning.

Restaurants and cafes will only be allowed to serve takeout, while shopping malls will be forced to close at 8 p.m.

Turkey has reported at least 11,700 deaths related to the virus, with more than 420,000 detected cases of infection. Local officials and opposition politicians say the government is hiding the true death toll.

The mayor of Istanbul, Ekrem Imamoglu, said that 164 people had died of infectious diseases in the city on Saturday, when the government put the death toll for the entire country at only 92.

It is a challenge made even more difficult in Turkey, where the economy is collapsing and the currency, the lira, has fallen by 30 percent this year.

For those who have been forced to work from home, the decision to close classrooms hit the hardest.

“The education at schools will be online until the end of the year,’’ said President Recep Tayyip Erdogan, announcing the measures after his cabinet meeting Tuesday. But much about the policy remained unclear, including what ages would be affected.

“I immediately thought of kindergartens,” said Gozde Orhan, 37, an academic and mother of a four-year-old. She waited anxiously for the government announcement — waking in the middle of the night to check for information — and while she had a few days to prepare for the school closing, she did not know how she would cope.

The Science Behind Your Child’s Tantrums

Trump says before the coronavirus he never planned on campaigning in Erie, Pa. ‘We...