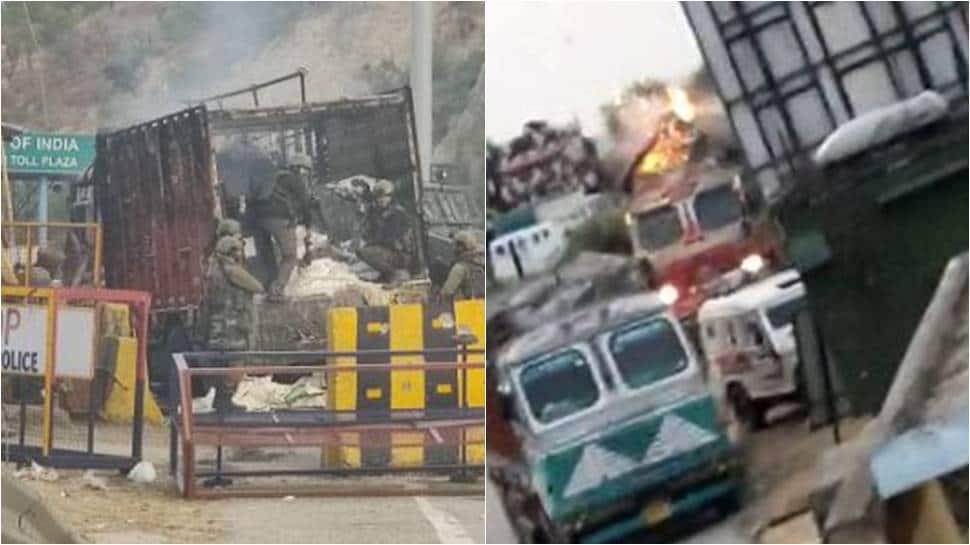 Jammu: Four terrorists have been killed in an encounter with security forces near Ban toll plaza on the Jammu-Srinagar national highway early on Thursday.

The encounter started after a truck carrying four terrorists affiliated with the Jaish-e-Mohammad outfit from Jammu to Kashmir was intercepted by security forces personnel near the highway.

The officials said that the gunbattle started near Nagrota toll plaza when some militants opened fire at police and paramilitary forces. The militants, they said, were hiding in a vehicle. The Army also joined the operation, they said.

Confirming the incident,Jammu Kashmir Police Dilbagh Singh said, “Terrorists affiliated with JEM group have been killed… they infiltrated from Samba Sector. The terrorists lobbed a grenade on security forces during checking.”

4 terrorists killed in encounter at Nagrota in #Jammu pic.twitter.com/4OalbEqEoo

Two SOG men of the J&K police have been injured in the gunfight, officials said. The gunfight which according to the officials started around 5 AM also led to the closure of Jammu-Srinagar highway.

The injured have been identified as Kuldeep Raj (32) of Akhnoor and Mohammad Ishaq Malik (40) of Neel Qasim Banihal Ramban. Both have been admitted to GMC Jammu with injuries on neck and their condition is said to be stable.

Meanwhile, in Pulwama district of Jammu and Kashmir at least 12 civilians were injured on Wednesday evening in an attack when suspected terrorists lobbed a grenade on security forces.

The grenade intended for the joint team of Jammu and Kashmir Police and the Central Reserve Police Force (CRPF) in Kakapora area of the district, missed the target and exploded on the road.

The area has been cordoned and a search in the area is going on. Soon after the attack, the whole area was cordoned off to nab the attackers.