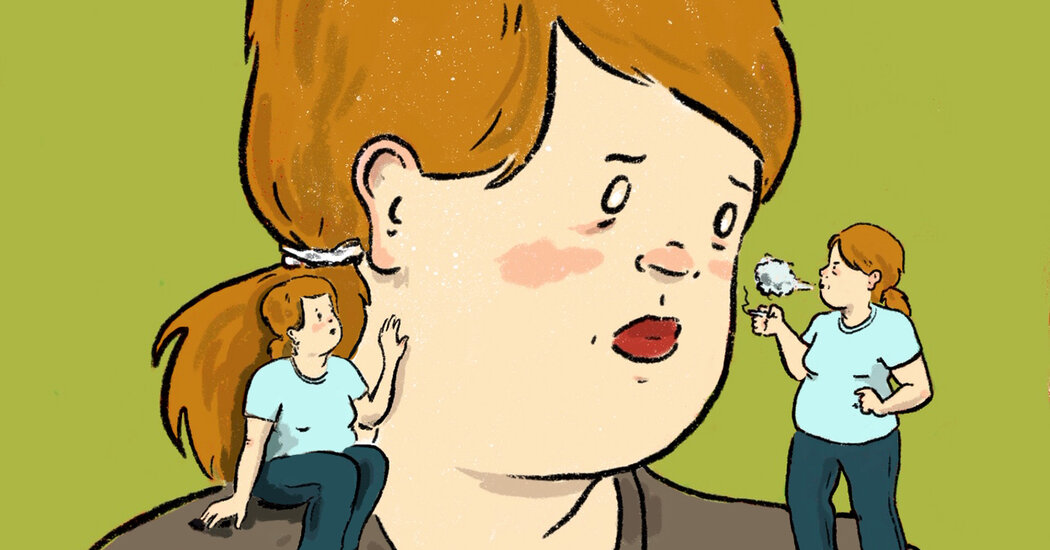 We talk so much about how the pandemic has made our lives harder. But we talk less about how it’s made some things easier, or at least how it has given us permission to slow the pace of our previously frenetic lives. Quarantine permissiveness takes many forms, some hedonistic — why not have cake for lunch? It’s quarantine! And some shading close to despair — who cares if I eat, shower or get out of bed? It’s quarantine!

But it’s in my parenting that the idea of lowered standards keeps me up at night.

Some rule loosening is an inevitable consequence of constricted mental bandwidth. Many of us just don’t have the energy to insist on the completion of every single online assignment across a multitude of goofily-named platforms, or to shepherd a child into making her bed every day.

But as a parent, I can’t permanently abdicate responsibility for raising my daughter to be a decent adult, even if it feels optimistic to assume she’ll be an adult in a world where decency is prized. As a Gen Xer, I am primed for nihilism. But I would hate to find that a decade from now, the world hasn’t ended and I’ve wound up broke, out-of-shape and having raised a brat. It’s the behavioral piece I truly need to figure out, more than anything else.

My own 8-year-old daughter has leaned hard into the idea that these are extraordinary times. “You don’t know what it’s like to be a kid during Covid!” she wails, sometimes in response to being asked to brush her teeth. This is true, but I also know that as weird and dislocating as these times are, most generations have faced something at least as terrible, and dental hygiene is important.

I adore my daughter and genuinely enjoy spending time with her, but these days there’s both an adolescent tang to her back-talk and a toddler-like regression in the way she gets upset, and neither bode well for the future. One rejoinder to being told it was time to go to bed was to tell me she doesn’t even want her life anymore, and “You can just TAKE it, Mom.” I didn’t know whether to laugh at the absurdity of that or to place a call to emergency psych services.

Instead of a good and bad angel on my shoulders, I have warring parenting philosophies. This was true even before Covid, but is particularly exacerbated by the pandemic.

On one shoulder sits a mother who says children ought to be treated extra gently now, because the continuing psychic fallout of school closures, truncated social lives and a silent viral menace are huge. The mom on the other shoulder tells me to suck it up and stop letting my kid be such a baby. I think this mom smokes?

The truth is, just like always, somewhere in the frustrating middle, leaving me to my own inept devices to discern. My own upbringing provides little in the way of a road map here. Besides the obvious lack of a pandemic in my childhood, my parents, like many of the time and our white, middle-class demographic, parented at a vague and irritated remove.

Punishments were meted out on a somewhat arbitrary basis; I might get grounded or switched for rudeness or a messy room, or I might not. By the time I hit adolescence I had the protection of an older sister who ran away and became a teen mom, more or less leaving me free to get away with murder. I might have been pulling in lousy grades, but at least Mom and Dad knew where I was. The only lasting fallout for me from her bad behavior was that I was forbidden to ever work at the Stop & Shop — my parents were convinced that’s where my sister had started to go bad.

No matter what happened, children’s emotions tended not to rate as cause for intervention or concern, and we never had family dinners over which to discuss them. As a result, I am terrible at setting a table, and never ask my parents for advice.

For that, I tend to call on my cousin. She raised four girls and has a no-nonsense Texan philosophy that I find refreshingly bracing, if difficult to emulate. “Backsliding is the devil,” she tells me, and I know she’s right. Still, I find myself acquiescing to my daughter’s requests more often than I should, failing to be consistent with consequences, and generally not being “present.” Telling my kid she can’t have extra iPad time when I’ve got one eye on the doomscroll is not a great look. I lose my temper when my daughter whines, but the person who really needs to stop whining is me.

This is hard on all of us. I have been more forgiving of my own inadequacies in the past few months, in ways that sometimes feel kind and sometimes just plain indulgent, as my pants and the state of my apartment can attest. But the most important thing to remember here is that whatever leeway I give my daughter is a lesson I need to learn for myself first.

There’s an art to being gentle with yourself and with others in a way that doesn’t cancel out the idea of expectations and responsibilities, of keeping yourself in some semblance of order even if it feels like the world is falling apart. I haven’t mastered this art any more than I’ve mastered Spanish, like I said I would at the beginning of the pandemic. Hopefully I’ll figure it out by the time there’s a vaccine available.

A disputed study finds that remdesivir, widely used to treat Covid-19, does not prevent...

A mini-outbreak on Capitol Hill threatens to disrupt the business of Congress.

Section 144 imposed, drones banned ahead of UP CM Yogi Adityanath`s visit to Noida