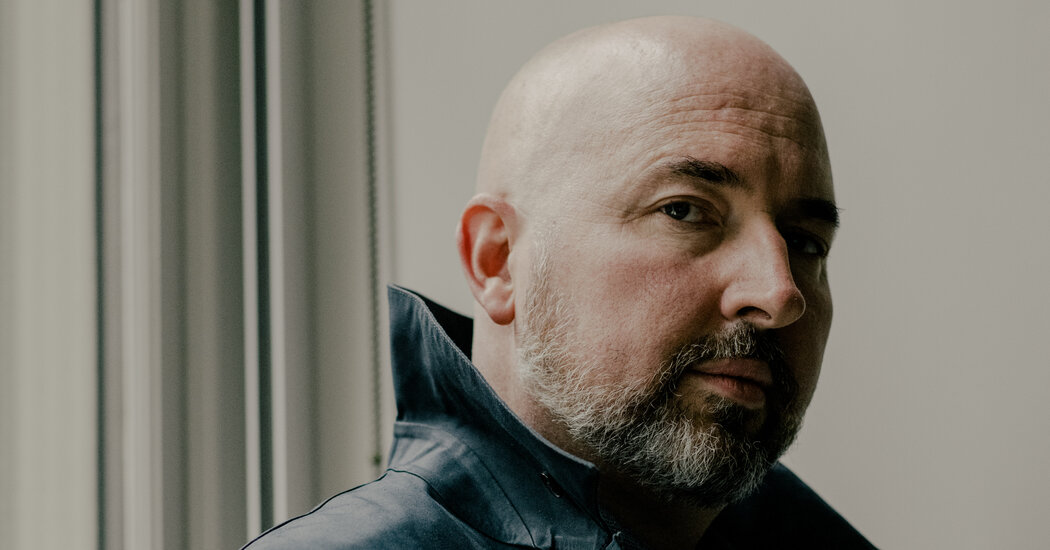 When Douglas Stuart began writing a fictional account of his childhood, growing up in Glasgow with an alcoholic mother, he wasn’t sure it would ever be published.

“I wouldn’t allow myself to believe I was writing a book, because it was too intimidating,” he said during an interview last month.

Early responses from editors were equally discouraging: More than 30 publishers rejected the book. He finally sold it to Grove Atlantic, and the novel, “Shuggie Bain,” drew rapturous reviews.

Now, his debut has won the Booker Prize, one of the most prestigious literary awards in the world, cementing Stuart’s reputation as a blazing new literary talent.

The award, which was announced on Thursday, will likely draw a large new audience to the novel, which came out earlier this year.

In a video news conference, Margaret Busby, this year’s chair of judges, said the vote was unanimous and quick, and she noted that she believed the book is destined to become a classic.

“It’s challenging, it’s intimate, it’s gripping, it’s daring,” she said of the novel. “To some extent, I think anybody who reads it will never feel the same.”

For Stuart, working on “Shuggie Bain” gave him a way to process the trauma of his childhood and to pay tribute to his mother, who died when he was 16.

“Shuggie Bain” unfolds in 1980s Glasgow and centers on a boy nicknamed Shuggie, who is struggling with being gay and his mother’s addiction. Shuggie is precocious and sensitive, making him a target for school bullies. He devotes himself to caring for his mother Agnes, sometimes skipping school to make sure she doesn’t harm herself and checking on her when she passes out drunk.

The novel, which has drawn comparisons to D.H. Lawrence, James Joyce and Frank McCourt, has been a favorite contender for this year’s top literary prizes. In addition to being a Booker finalist, Stuart was also a finalist for the Kirkus Prize and the National Book Award for fiction, which on Wednesday went to Charles Yu for “Interior Chinatown.”

Stuart, 44, who has dual Scottish and American citizenship, lives in the East Village with his husband, Michael Cary, a curator at Gagosian who specializes in Picasso. Stuart came to writing somewhat late in life, and worked in the fashion industry for nearly 20 years, as a designer for Calvin Klein, Ralph Lauren, Banana Republic and Jack Spade. He started writing “Shuggie Bain” more than a decade ago, when he was working 12-hour days as a senior director of design at Banana Republic.

Stuart was one of four debut novelists on this year’s shortlist. The others were Brandon Taylor for “Real Life,” which follows a Black gay graduate student navigating white campus culture; Diane Cook for her dystopian novel “The New Wilderness,” about a mother and daughter who a polluted city for the last swath of wilderness; and Avni Doshi for “Burnt Sugar,” about an artist in Pune, India, whose mother abandoned her to join an ashram.

The two established authors on the shortlist were Maaza Mengiste, for her novel “The Shadow King,” set during Italy’s invasion of Ethiopia in the 1930s, and Tsitsi Dangarembga for “This Mournable Body,” which centers on a middle-aged woman struggling with life in Harare.

Last year, the Booker judges made the surprising decision to flout their own rules and award the prize jointly to Margaret Atwood, for “The Testaments,” a sequel to her 1985 dystopian classic, “The Handmaid’s Tale,” and Bernardine Evaristo, for her novel “Girl, Woman, Other.” She became the first Black woman to win the Booker Prize.

This year, the judges were able to come to a unanimous consensus. They included the thriller writer Lee Child, the poet Lemn Sissay, the classicist and translator Emily Wilson, and the British author and critic Sameer Rahim.

This year’s ceremony, held online because of the pandemic, included a star-studded lineup of guest speakers. Former President Barack Obama — whose memoir came out this week, prompting the Booker to reschedule its ceremony — spoke about some of his favorite Booker-winning novels, and the solace he takes in reading fiction. The Duchess of Cornwall described how people can forge a sense of connection by reading during the pandemic. Previous winners, including Kazuo Ishiguro, Atwood and Evaristo, also spoke.

During a news conference, Booker representatives said “Shuggie Bain” had prevailed because of the strength of the narrative and the prose.

“It appears to be a very classical novel on a first reading,” said Gaby Wood, the literary director of the Booker Prize Foundation. “But actually when you reread it, you find it’s quite daring.”

Experts Warn a Rare Pediatric Condition May Re-emerge This Fall

The Strange Origin of the Search for Life on Mars