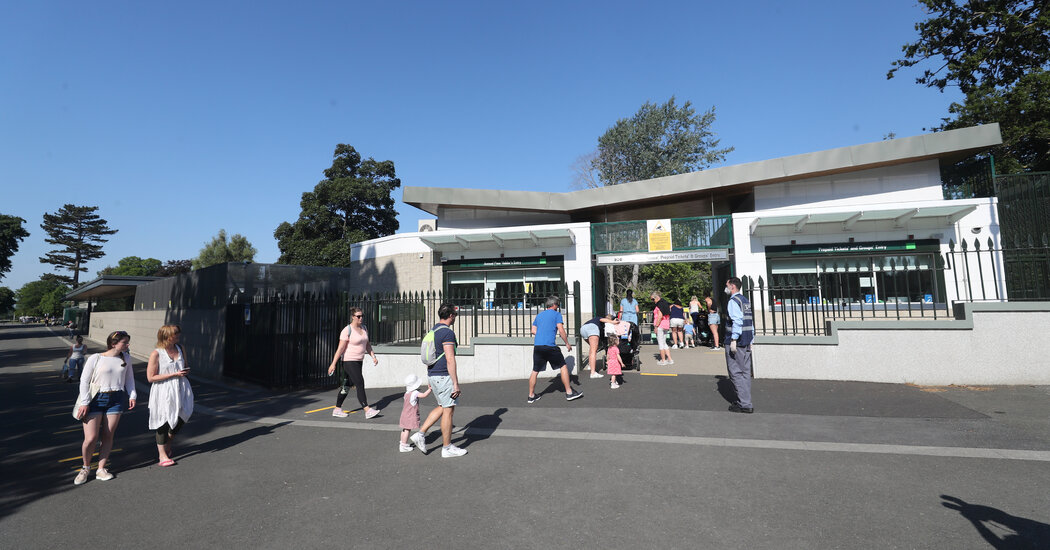 Amid a second pandemic lockdown in Ireland, many businesses are struggling to stay afloat, with funds dwindling and no end of the coronavirus in sight.

Among them is Dublin Zoo, which issued a fund-raising appeal this week to prevent it from permanently closing its doors. By Wednesday evening, just hours after making the plea for support, the zoo had received more than a million euros (about $1.2 million) in donations from the public, in addition to pledges from the government.

“We find ourselves closed for a second time this year and we’re sad to say the future of Dublin Zoo is uncertain,” read a post on the zoo’s Facebook page, accompanied by a video of staff members asking for donations. The zoo has been closed for five months this year.

As Ireland’s largest family attraction, we’ve been doing our best to stay positive and stay afloat during these difficult times, but now, we need your help. pic.twitter.com/nFbkSAc3zM

The nationwide closures have had a devastating impact on Dublin Zoo, where the care for its 400 animals costs upward of €500,000 a month. The 70-acre zoo, inside Phoenix Park, is a major attraction, with more than 1.2 million people visiting last year.

Since opening in 1831, it has become something of a national treasure, staking its claim as Ireland’s third-most-visited attraction and a regular destination for families.

The zoo is also a registered charitable foundation that partners with other wildlife centers worldwide and helps fund several international conservation projects.

For an island nation with a population of five million people, the response has been immense. Dublin’s mayor, Hazel Chu, was among those in the city who donated, and posted on Twitter about sponsoring a baby elephant. Irish celebrities and politicians have also thrown their support behind the campaign, writing lovingly of adopting giraffes and orangutans in the zoo’s care. Thousands of people also shared memories of childhood visits to the zoo, under the hashtag #SaveDublinZoo.

But the campaign also prompted calls from political parties for the government to come up with a long-term funding solution.

Prime Minister Micheal Martin told the government on Tuesday that additional funding could be made available for the zoo and that the government was working to ensure its survival for “generations to come.”

The government has already begun working toward a sustainable solution. Malcolm Noonan, the minister who oversees heritage in Ireland, said in a tweet that he had met with representatives from Dublin Zoo and Fota wildlife park, a zoo in County Cork, to assess the scale of their funding challenges.

He said he was hopeful that his ministry could offer short-term financial support to “help tide the two main zoos past this immediate challenge,” and that the public donations were “testament to the high regard that these places have in our public consciousness.”

Giuliani Is Said to Have Discussed a Pardon With Trump

Paris will close its bars and many cafes for at least two weeks starting...

Bihar assembly election 2020: Live telecast of third phase of polling from Katihar in...

What if Trump Fought the Virus as Hard as He Fought for His Wall?