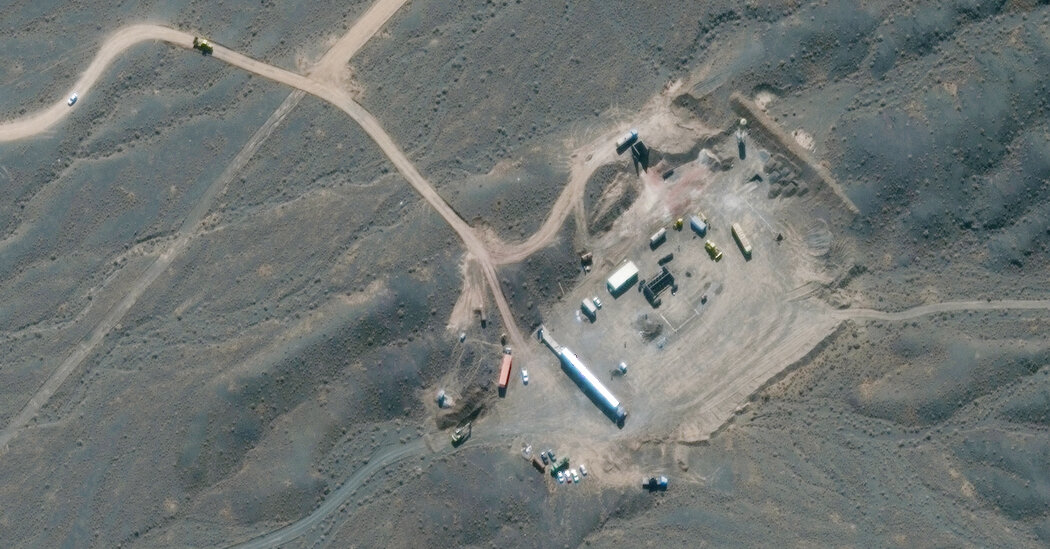 Days after President Trump asked for options to take military action against Iran’s major nuclear site, the government in Tehran has sent conflicting signals, taking a major step to speed up its production of nuclear fuel but also offering President-elect Joseph R. Biden Jr. a way to defuse a potential confrontation.

On Wednesday, the director general of the International Atomic Energy Agency said that Iranian engineers had, for the first time, begun to put uranium into next-generation centrifuges that can enrich fuel faster than before. That move is explicitly prohibited in the 2015 nuclear accord, the signature foreign policy achievement of the Obama administration that Mr. Trump pulled out of in 2018, and which Mr. Biden has expressed interest in reviving.

But the provocation coincided with Iran’s foreign minister, Mohammad Javad Zarif, appearing to offer Mr. Biden a path for returning both sides to where they were when Mr. Biden left the vice presidency in 2017.

In a video interview with an Iranian newspaper broadcast on Tuesday, Mr. Zarif described a way for the United States to recommit to United Nations Security Council resolutions on Iran, in return for an Iranian return to the limits imposed by the 2015 agreement.

“This needs no negotiations and needs no conditions,” Mr. Zarif said, offering few other details.

Mr. Zarif appeared to be offering to roll back the advances Iran has made over the past year, during which it has exceeded the production limits in the 2015 accord twelvefold. Mr. Biden, in return, would have to end all of the nuclear-related sanctions imposed by Mr. Trump — all of which violated American commitments under the deal.

But other Iranian officials have stopped short of saying they would actually re-enter the nuclear deal as negotiated, and some officials have said the United States would have to pay reparations for oil sales lost because of Mr. Trump’s anctions. That would be nearly impossible, as a political matter, for Mr. Biden, whose aides also say re-entering the deal would require changes to it, including blocking pathways to Iran getting enough nuclear material for a weapon after all limitations are lifted in 2030.

In response to Mr. Trump contemplating an attack on Iran’s nuclear facility, a spokesman for Iran’s government, Ali Rabiei, said on Tuesday that Iran would retaliate with “full force.”