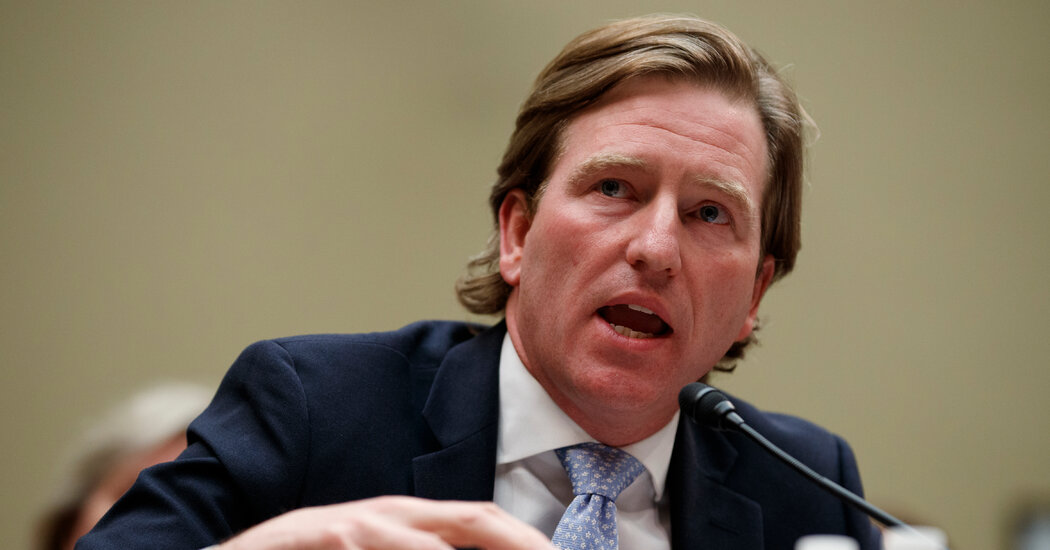 President Trump on Tuesday night fired his administration’s most senior cybersecurity official responsible for securing the presidential election, Christopher Krebs, who had systematically disputed Mr. Trump’s false declarations that the presidency was stolen from him through fraudulent ballots and software glitches that changed millions of votes.

The announcement came via Twitter, the same way Mr. Trump fired his defense secretary last week and has dismissed other officials throughout his presidency.

Mr. Trump seemed set off by a statement released by the Department of Homeland Security late last week, the product of a broad committee overseeing the elections, that declared the 2020 election “the most secure in American history.”

“The recent statement by Chris Krebs on the security of the 2020 Election was highly inaccurate,” Mr. Trump wrote a little after 7 p.m., “in that there were massive improprieties and fraud — including dead people voting, Poll Watchers not allowed into polling locations, ‘glitches’ in the voting machines which changed votes from Trump to Biden, late voting, and many more.”

He said Mr. Krebs “has been terminated” as the director of the Cybersecurity and Infrastructure Security Agency, a post to which Mr. Trump had appointed him.

Mr. Krebs, 43, a former Microsoft executive, has been hailed in recent days for his two years preparing states for the challenges of the vote, hardening systems against Russian interference and setting up a “rumor control” website to guard against disinformation.

The foreign interference so many feared never materialized; instead, the disinformation ultimately came from the White House.

Mr. Krebs did not immediately respond to questions for comment. But after his termination, he tweeted from his personal account: “Honored to serve. We did it right. Defend Today, Secure Tomorrow. #Protect2020”

An Artist’s View of Hazing Rituals, Haunted by Tragedy

Another ‘Unfounded’ Study on Origins of Virus Spreads Online

We Told Our Son Not to Protest. He Did Anyway. Now What?

An Artist’s View of Hazing Rituals, Haunted by Tragedy