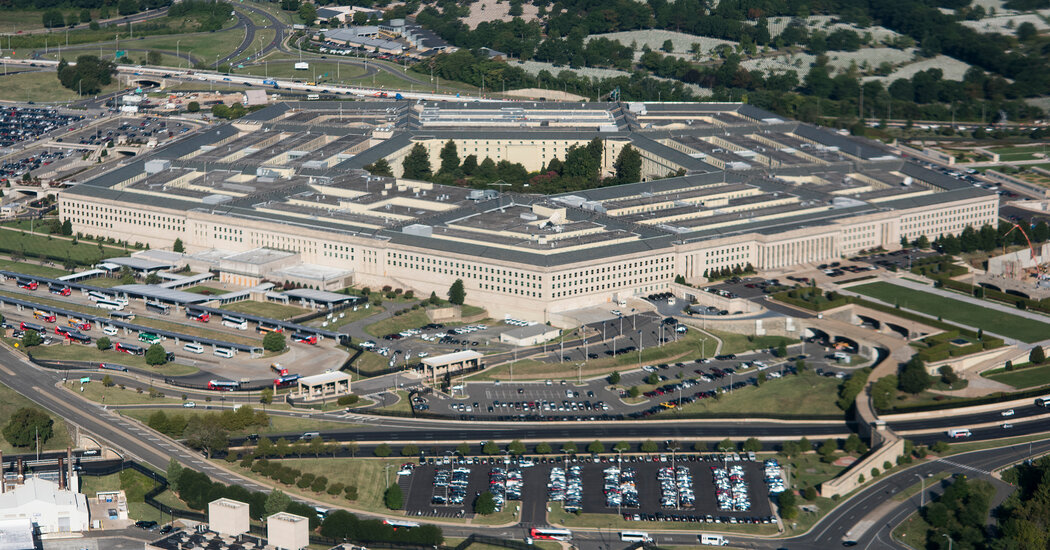 Anthony J. Tata, a senior Pentagon official, has tested positive for the coronavirus after meeting with a visiting Lithuanian official who also met with the acting American defense secretary and other high-level U.S. military officials.

In a statement on Thursday night, a Pentagon spokesman, Jonathan Hoffman, said the Defense Department was notified earlier in the day that the Lithuanian defense minister, Raimundas Karoblis, who visited Washington on Nov. 13, had tested positive for the virus.

After tests were performed on the American officials, Mr. Tata was the only one so far found to be infected, the Defense Department said, adding that he would isolate at home for the next 14 days.

While at the Pentagon, Mr. Karoblis also met the acting secretary of defense, Christopher C. Miller, as well as the secretaries of the Army and the Air Force. Three days later, he met with the secretary of the Navy.

All have since tested negative and are not quarantining, despite their exposure, the Pentagon said.

“We have and are continuing to conduct further contact tracing of D.O.D. personnel who have had close contact with the Lithuanian delegation or Mr. Tata, and are taking appropriate precautions in accordance with CDC guidelines,” the statement said.

Although Mr. Tata has been described as “performing the duties of the under secretary of defense for policy,” he does not, in fact, hold that post. His nomination for the job was withdrawn over the summer, in part when it emerged that he had called President Barack Obama a “terrorist leader.”

But in an end run around lawmakers, the Trump administration appointed Mr. Tata, a retired Army one-star general turned Fox News commentator, to a temporary senior position that did not require Senate approval. He is among a group of hard-line Trump loyalists installed into senior jobs at the Pentagon in recent days.

Teen Stock Trading Seems Dangerous. It Doesn’t Have to Be.

For Biden to Win, Listen to Minneapolis