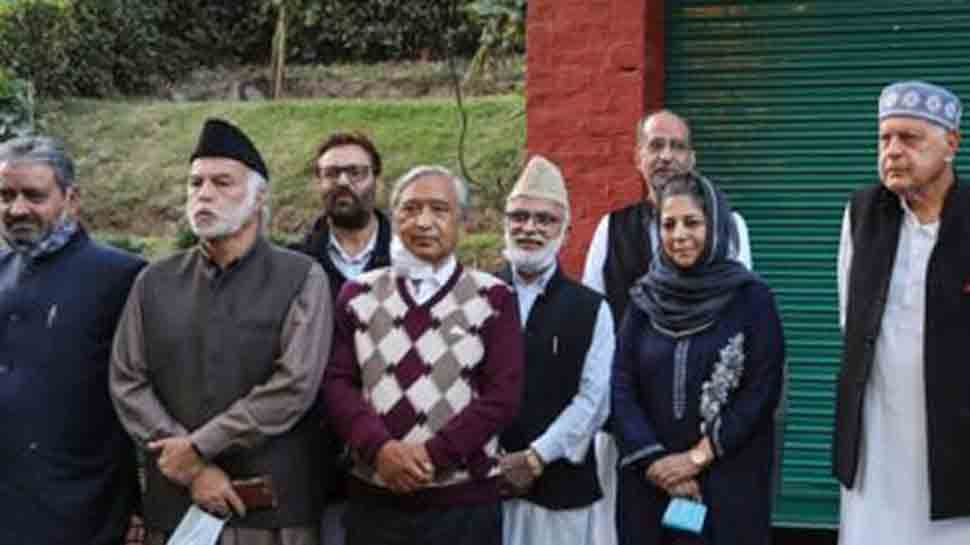 SRINAGAR: A fresh controversy has been triggered in Jammu and Kashmir ahead of the upcoming DDC elections. The political parties of the People’s Alliance for Gupkar Declaration (PAGD) are crying foul on their candidates being huddled into ‘secure’ accommodations by the administration and not being given enough facilities to campaign in their areas.

They claim that while BJP and its allies are being given security and accorded facilities to campaign by the authorities; others have been blocked for the same.

Khursheed Alam, former MLC and PDP leader said, “It’s not a complaint but it’s the truth. Anyone who filed nomination papers was either arrested or dumped in hotels. They are not allowed to campaign. It’s very evident that only BJP candidates are allowed to campaign while others are not. It’s killing democracy. We should be provided security so that we can go into our constituencies and ask for votes.”

Salman Sagar, candidate and National Conference youth leader said, “We are not satisfied with regard to security and I think they don’t want us to campaign. We trust God and will continue with our campaign. It’s the responsibility of the government to provide security,” he said

On the other hand, security forces refuted the allegations and said that the decision to keep the DDC candidates away from campaigning is based on their threat perception. They, however, accept that they can’t provide individual security to everyone.

Vijay Kumar, IGP J&K Police Kashmir said, “For Elections, we are preparing, we are all ready and we are giving security to candidates who are going for campaigning. We can’t be providing candidates with individual security, collective security is being given and they are kept in secure locations, when they are going to campaign, we provide them escort.”

The issue is snowballing into a political controversy now. Parties against the BJP say this is a deliberate attempt to level-playing field.

With upcoming DDC elections around the corner, security has been beefed up across the valley. Security forces have inputs that attacks and incidents of violence could take place before and during the elections.

It’s the first time since independence that District Developmental Councils (DDC) polls are being conducted in Jammu and Kashmir. There will be 280 seats of 20 districts of Jammu and Kashmir, which will go to the polls from November 28 to December 19 and each district will elect 14 members of DDC.

Did military Intelligence not alert government about intrusion along LAC: Sonia Gandhi at all-party...

The Weekend of Personal Leftovers