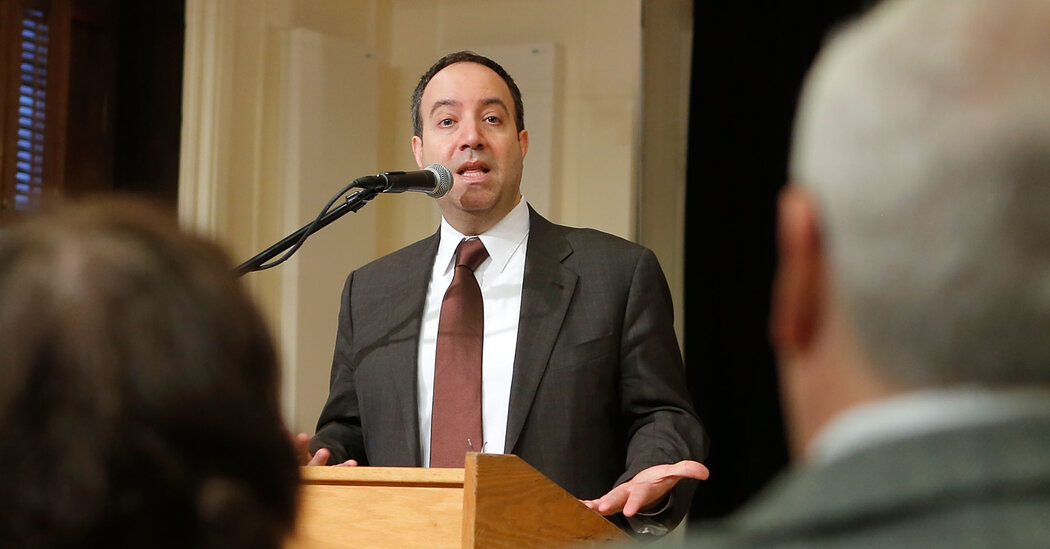 As Democratic leaders in New York institute more stringent restrictions to combat the coronavirus and urge people to follow them, one group of local Democratic power brokers did not seem to get the message.

Photos that surfaced this week from the event, held last Saturday at a private residence in Brooklyn, according to an official familiar with the gathering, prompted cries of hypocrisy, calls for resignations and, eventually, a round of apologies on Friday.

“This is a particularly trying time and there were shortcomings that I regret,” Mr. Scissura said in a statement that noted that the party was not his idea. “I greatly appreciate the gesture of my friends to throw me a surprise party, but we all must follow strict protocols so we can get past this pandemic.”

The photos from the party, which were published by The Daily News, show Frank Seddio, the former chairman of the Brooklyn Democratic Party, chatting closely with Ingrid Lewis-Martin, the deputy Brooklyn borough president. Neither wore masks.

The party took place just as New York City has been fighting a resurgence of the virus. Gov. Andrew M. Cuomo has limited gatherings in homes to 10 people, and Mayor Bill de Blasio closed public schools this week and is urging New Yorkers to avoid visiting family for Thanksgiving.

“This party was asinine, counterproductive and insulting to all New Yorkers,” Mr. de Blasio’s spokesman, Mitch Schwartz, said in a statement on Friday. “Every attendee should apologize and then match their words with actions. City Hall expects them to start by holding responsible, virtual Thanksgiving celebrations next week.”

The timing was particularly awkward for Ms. Lewis-Martin, who is a deputy for Eric Adams, the Brooklyn borough president who announced his campaign for mayor this week. Mr. Adams, a Democrat, appeared in a video that showed him wearing a mask and greeting New Yorkers with an elbow bump.

Ms. Lewis-Martin, a longtime adviser to Mr. Adams since his days in the State Senate, said in a statement that all New Yorkers should wear masks and follow public health guidelines.

“I apologize for my lapse in compliance with Covid-19 precautions,” she said. “As a public figure in Brooklyn, I know it is my responsibility to lead by example.”

Mr. Adams said in a statement that he accepted Ms. Lewis-Martin’s apology. “We are all human and have lapses in judgment; what is important is that we recognize when we make mistakes and commit ourselves to the high level of vigilance that is necessary to prevent the spread of this terrible virus,” he said.

At the party last weekend, guests were given masks, each person’s temperature was taken and the event was primarily held outside, according to someone who attended the party.

But many New Yorkers were dismayed by the lack of caution depicted in the photos. James Patchett, the president of the city’s economic development corporation under Mr. de Blasio, called on the officials at the party to step down.

“This is an embarrassment,” he wrote on Twitter. “Every one of these people should resign.”

Joseph Borelli, a Republican city councilman from Staten Island, said Democrats were being hypocritical after criticizing him for saying earlier that he would hold a large family gathering for Thanksgiving. He pointed to Gavin Newsom, the Democratic governor of California who apologized for attending a lavish dinner without a mask, as another example.

“Many of the most panicked purveyors of Covid craziness are actually members of the ‘good for thee, not for me’ set,” he said.

Mr. Seddio gave The Daily News two estimates from that night; he put the party’s attendance at roughly a dozen, and, oddly, the number of times he passed gas at four. He did not respond to a request for comment.

Mr. Seddio’s successor as leader of the Brooklyn Democratic Party, Rodneyse Bichotte, released a statement through a spokesman: “We encourage everyone during this period to abide by safety measures such as social distancing and wearing a mask.”

Some New Yorkers have bristled at the restrictions on gatherings. During Mr. de Blasio’s weekly appearance on the radio station WNYC on Friday, a caller asked the mayor if the shutdowns were “just because you want to destroy Thanksgiving and Christmas.”

Mr. de Blasio said he was disappointed that he would not be seeing relatives this Thanksgiving, but he said the restrictions were necessary to save lives.

“We have to keep people alive so they can celebrate Thanksgiving and Christmas going forward,” he said.

Trump Suffers Another Legal Loss, This Time in Pennsylvania