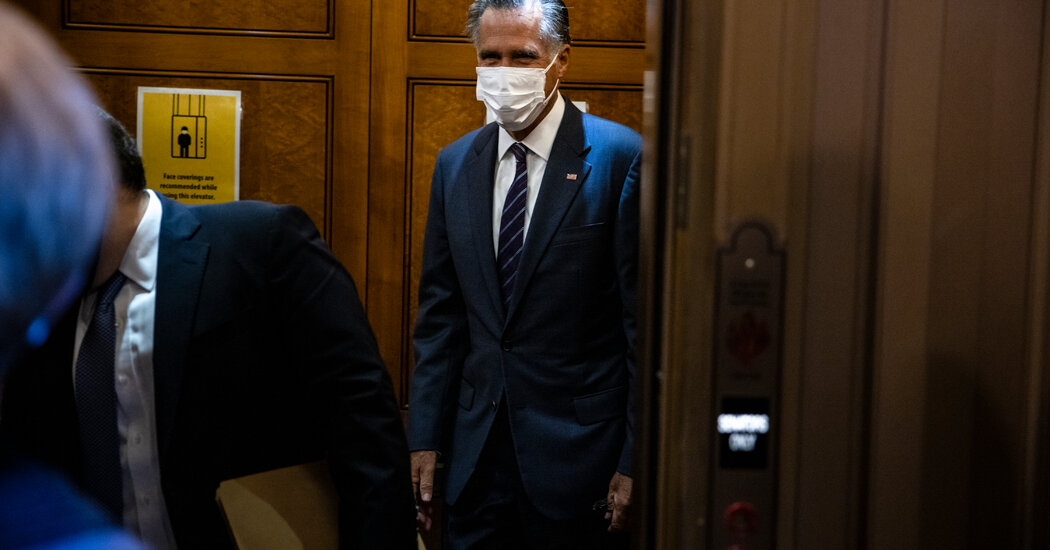 In the strongest criticism of President Trump by a fellow high-ranking Republican so far, Senator Mitt Romney of Utah on Thursday night excoriated the president on Twitter for his continuing and overwhelmingly unsuccessful efforts to overturn his election defeat earlier this month to Joseph R. Biden Jr.

Mr. Romney, the 2012 Republican presidential nominee, said that the president had exhausted his legal challenges in several battleground states and had resorted to trying to defy the will of the voters.

His rebuke of Mr. Trump came on the same day that the president invited Republican state leaders in Michigan to the White House to discuss their efforts to stop the certification of the election results in the state.

“Having failed to make even a plausible case of widespread fraud or conspiracy before any court of law, the president has now resorted to overt pressure on state and local officials to subvert the will of the people and overturn the election,” Mr. Romney wrote. “It is difficult to imagine a worse, more undemocratic action by a sitting American president.”

The relationship between Mr. Trump and Mr. Romney has been tempestuous, with Mr. Romney casting the lone vote by a Republican in the Senate to convict the president of one article of impeachment in February in an otherwise party-line vote. Mr. Trump was acquitted by the Senate, which is controlled by Republicans.

Mr. Romney was not the only member of the Senate to suggest on Thursday that Mr. Trump should stand down.

Senator Ben Sasse of Nebraska said in a statement on Thursday night that it was telling that Mr. Trump’s campaign lawyers had refused to “actually allege grand fraud.”

“Because there are legal consequences for lying to judges,” Mr. Sasse said. “President Trump lost Michigan by more than 100,000 votes, and the campaign and its allies have lost in or withdrawn from all five lawsuits in Michigan for being unable to produce any evidence.”

Mr. Sasse said that the efforts of the Trump campaign and Rudolph W. Giuliani, Mr. Trump’s personal lawyer, to attack the integrity of the election had caused damage.

“Wild press conferences erode public trust,” Mr. Sasse said. “So no, obviously Rudy and his buddies should not pressure electors to ignore their certification obligations under the statute. We are a nation of laws, not tweets.”

N.Y.P.D. Plainclothes Unit Involved in Many Shootings Will Be Disbanded

Unlock 5.0: Schools, colleges unlikely to reopen in this state from November 17 –...