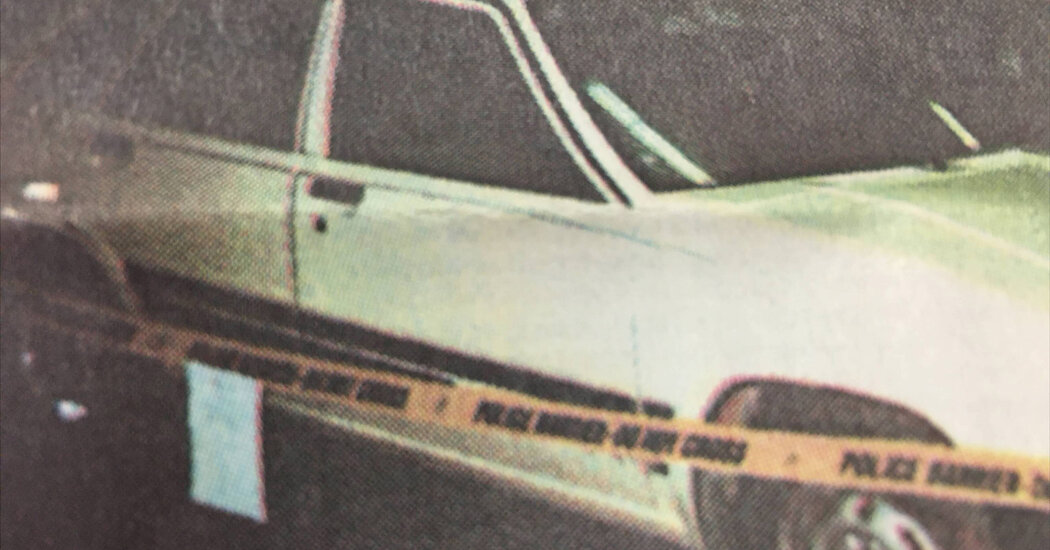 The call came in to the switchboard and was transferred twice before Detective Sean Mukaddam, a violent crimes investigator in Decatur, Ala., who specializes in cold cases, finally picked up the phone.

The man on the other end of the line had a tip, so to speak.

“‘I want to confess to a murder that I did years ago,’” Detective Mukaddam said the man told him.

That man was Johnny Dwight Whited, according to the police, who said that he admitted to officers on Wednesday that he had fired a single gunshot that killed a man 25 years earlier in a wooded area of Decatur. But the breakthrough in a cold case that had confounded investigators for a quarter-century wasn’t as straightforward as it seemed.

“He didn’t know the date or the year,” Detective Mukaddam said. “We were scrambling to try to figure out what he was talking about.”

Using a chart of every homicide in Decatur going back to the 1980s and a description of the location given to them by Mr. Whited, investigators said, they were able to connect Mr. Whited to the April 26, 1995, killing of Christopher Alvin Dailey.

Mr. Whited, 53, went with detectives on Wednesday to the place where Mr. Dailey’s body was found and re-enacted the killing, the authorities said.

He was charged with murder and was being held for $15,000 bond at the Morgan County Jail in Decatur, about 25 miles southwest of Huntsville, Ala., in the northern part of the state.

“I’ve never had a situation where I just pick up the phone and have a call like that,” Detective Mukaddam said. “Nothing where the suspect calls me out of the blue and wants to confess.”

Griff Belser, a lawyer for Mr. Whited, who lives in Trinity, Ala., said on Thursday night that he wanted to meet with his client before discussing the case.

Mr. Dailey was 26 at the time that he was killed. His 1983 Toyota Tercel had been found submerged in the Tennessee River, according to the authorities, who said that Mr. Whited and Mr. Dailey did not know each other. They declined to comment further about the motive.

“He was remorseful,” Detective Mukaddam said. “He was embarrassed about certain things. He wanted to get it off his chest.”

Despite what the police characterized as an extensive investigation, investigators said that they had never identified any potential suspects in the case. Over the last quarter-century, investigators said, the case had been revisited on several occasions, but it did not turn up any leads.

Mr. Whited’s arrest stood in stark contrast to dozens of cold cases that have made headlines recently, ones solved through scientific advances in DNA analysis and genetic genealogy — the use of ancestry records — to catch a killer.

Cases like that of Joseph James DeAngelo, the so-called Golden State Killer, who was sentenced in August to multiple terms of life without parole for 13 murders and 13 kidnappings during the 1970s and 1980s in California.

Detective Mukaddam, who has been in law enforcement for about 15 years, said officers were trained to distinguish between legitimate tips and publicity seekers.

“We went into some specific questions to see if he was telling the truth or if it was someone trying to get some notoriety,” he said.

Detective Mukaddam said that he informed Mr. Dailey’s relatives that there had been an arrest in the case.

“I was able to give them closure after 25 years,” he said.

But the detective played down his role in the case, saying that his predecessors worked many hours on it.

“I turned the last page and closed the book on the book that they wrote,” he said.

2020 French Open: What to Watch on Sunday