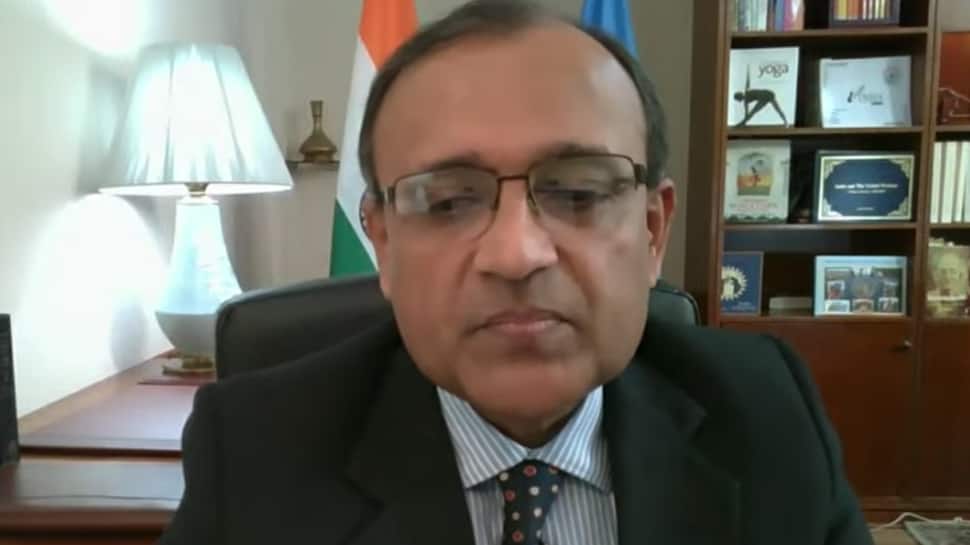 New Delhi: In a strong statement India has slammed Pakistan at the United Nations Security Council (UNSC) for destabilising Afghanistan, saying, “terror flow across Durand Line should stop”. Durand Line is the border between Afghanistan and Pakistan.

India’s envoy to United Nations, TS Tirumurti speaking at Arria Formula Meeting of United Nations Security Council said, “There needs to be zero tolerance of terrorism in all its forms and manifestations…It is important to ensure that no one provides sanctuary to terrorists who threaten Afghanistan or any other country in the region. Those who do so must be held accountable.”

The number of terror attacks in Afghanistan has had links in Pakistan, and the long porous border has helped the easy movement of terrorists. Report of the Analytical Support and Sanctions Monitoring Team under the Al-Qaeda/Da’esh Sanctions Committee of UN has pointed out the presence of foreign fighters in Afghanistan, many of which include Pakistani nationals.

Tirumurti also pointed out, how Pakistan has not allowed “full transit rights to Afghanistan”, hindering trade and connectivity between India and Afghanistan. He explained, how it is being used by “States to extract a political price from Afghanistan” and “the international community should discourage medieval mentalities and work towards removal of artificial transit barriers imposed on Afghanistan”.

To increase connectivity, India has started an Air corridor with Afghanistan and also via Chabahar port in Iran. In fact, amidst the COVID pandemic, New Delhi sent 75000 MT of wheat to the country to deal with the crisis.

On the Afghanistan peace process, the envoy reiterated India’s stance that the process must be “Afghan-led, Afghan-owned and Afghan-controlled” and “solutions must come from the Afghans themselves, in line with the wishes and aspirations of all sections of Afghan society”.

He also said, “gains of the last two decades” especially rights of women and minorities should be “strongly protected” and “safeguarded.”

This year saw the US-Taliban pact and the start of the intra-Afghan ties between the Afghan govt and Taliban, but the violence level remains high in the country. America plans to substantially reduce troops level in Afghanistan by January, even hostilities on the ground continue.

India has played an important role in the development of Afghanistan since the fall of the Taliban in 2001. It has helped build mega infrastructure projects like Afghanistan-India Friendship Dam in Herat, the Afghan National Parliament building in Kabul, and the electricity supply grid between Kabul and northern Afghanistan and capacity building.

As the envoy had put, “India and Afghanistan are contiguous neighbours. We are connected together by centuries of historical, people-to-people, and cultural relations. India has stood resolutely behind the Government and people of Afghanistan and has supported the development of Afghanistan.”

New Delhi has also been involved in over 400 high impact community development projects spread across 34 provinces of Afghanistan.